Bethany Meilani Hamilton (born February 8, 1990) (age 19) is an American surfer. She is known for surviving a shark attack in which she lost her left arm, and for overcoming the serious and debilitating injury to return to surfing. 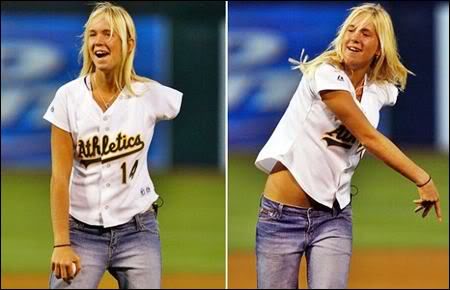 Hamilton was born in Kauai, Hawaii. She lived with her parents and two brothers, Tim and Noah. Both of her parents were surfers who moved to Hawaii from the continental United States for the surfing opportunities. Hamilton was taught how to surf by her parents and, in her book, says that she couldn’t have done it without support from her brothers. Her surfing abilities progressed very quickly and, while still eight years old, she won first place in the “push and ride” division of a Quicksilver surfing contest. She entered her first major surfing competition at the age of eight, the “Rell Sunn Menehune” contest on the island of Oahu at Makaha, competing in the girls seven to nine longboard, and seven to nine shortboard, taking first place in both. With dreams of a career as a surfer, Hamilton began competing more seriously at the age of nine. She won the 1999 Haleiwa Menehune Championships 23rd annual contest. In February 2000, she placed 1st in the “11-under girls”, 1st in the “15-under girls,” and 2nd in the “12-under girls” division at the Volcom Puffer Fish contest. She picked up a sponsor, Rip Curl, which aided her with her plans of becoming a professional surfer. She competed in the National Scholastic Surfing Association (NASA) circuit.

On October 31 2003, Hamilton went for a morning surf along Tunnels Beach, Kauai with friend Alana Blanchard, and Blanchard’s father and brother. Around 7:30 a.m., she was lying sideways on her surfboard with her left arm dangling in the water, when a 15ft tiger shark attacked her, ripping her left arm off just below the shoulder. If the shark had bitten two inches further in, the attack would have been fatal. Hamilton had lost almost 60% of her blood that morning. Her friends helped paddle her back to shore, and fashioned a tourniquet out of a surfboard leash around what was left of her arm before rushing her to Wilcox Memorial Hospital. Her dad was supposed to have a knee surgery that morning but she took his place in the operating room. She then spent six more days in recovery at the hospital. Despite the trauma of the incident, Hamilton was determined to return to surfing. Just three weeks after the incident, she returned to her board and went surfing again. Initially, she adopted a custom-made board that was longer and slightly thicker which made it easier to paddle. She has observed that she has to kick a lot more to make up for the loss of her left arm. After teaching herself to surf with one arm, she has again begun surfing competitively. She is now back to using competitive performance short-boards again. In July 2004 Hamilton won the ESPY Award for Best Comeback Athlete of the Year. She was presented with a special courage award at the 2004 Teen Choice Awards. In 2005, with one arm, Hamilton took 1st place in the NSSA National Championships, a goal she had been trying to achieve since before the shark attack. In 2008, she began competing full-time on the ASP World Qualifying Series (WQS). In her first competition against many of the world’s best women surfers, she finished 3rd. Since the attack, Hamilton has appeared on 20/20, Good Morning America, Inside Edition, The Oprah Winfrey Show, The Ellen DeGeneres Show, The Tonight Show, as well as in People, and Time’. In 2004, MTV Books published Hamilton’s book, Soul Surfer: A True Story of Faith, Family, and Fighting to Get Back on the Board (ISBN 0-7434-9922-0), which describes her ordeal.