This is the heart-in-mouth moment a daredevil climber dangles over the edge of a 500ft cliff without any ropes.

Mich Kemeter is a world expert at free solo climbing, a discipline where participants forgo essential safety equipment in search of that extra adrenaline rush.

The 23-year-old was pictured in the Verdon National Park, France, by mountain adventure photographer Alexandre Buisse, who takes extra care not to put him off in case he falls to his death. 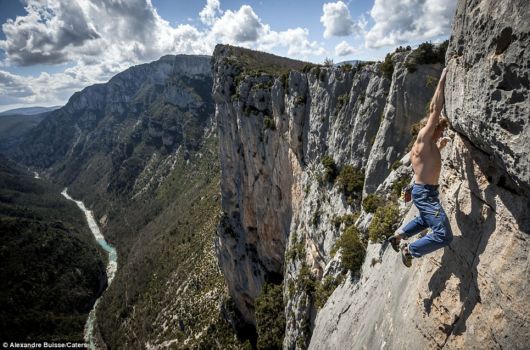 Newfangled dangle: Free-climber Mich Kemeter hangs over the edge of a 500ft cliff in the Verdon National Park, France, by the tips of his fingers without any ropes 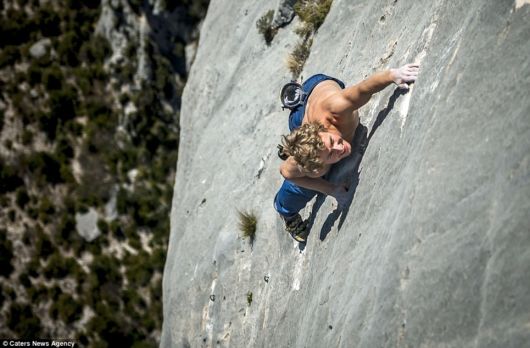 Getting a grip: As a free-climber, Mich does without the essential safety equipment preferred by mere mortals to give him that extra adrenaline rush

Mr Buisse, 26, who follows great climbers around the world from the UK to Nepal capturing their Spiderman-like feats.

He said: ‘It can be dangerous, but we make sure that we do things the right way, it is not dangerous to us.

‘For the shot where Mich is on the 500 foot cliff we had to abseil down the rock face for about 30 metres, or 100 feet, and then Mich removes the ropes. 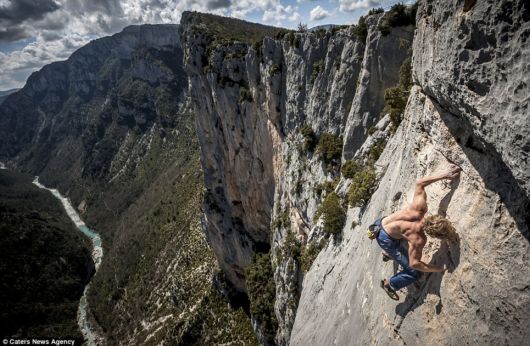 Spiderman-like: This incredible picture was taken by mountain adventure photographer Alexandre Buisse, who is extra careful not to put Mich off his stride 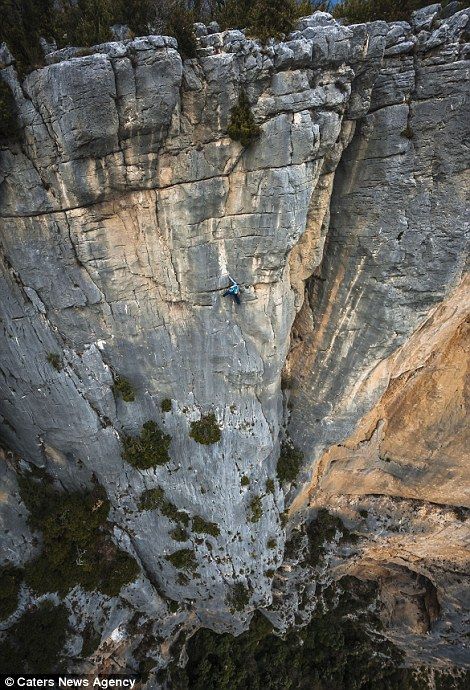 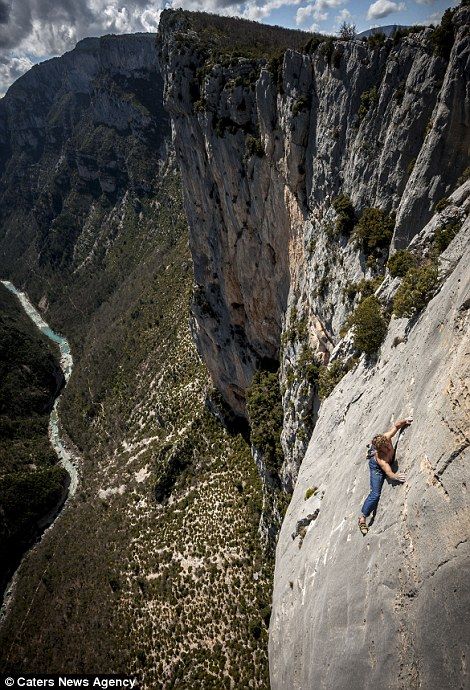 Don’t look down! These shots emphasise the terrifying scale of the drop that faces Mich if he puts so much as a single finger wrong on the solo climbing expedition

‘He then has to climb back up again himself while I am above taking the pictures. Of course the biggest thing for me is not distracting Mich, I don’t want him to fall.

‘Mich is a free solo climber and one of the best in the world. In some of the photographs you can see he is wearing a backpack, that actually contains a parachute which he can use if he does fall off, just like Mission Impossible really.’ 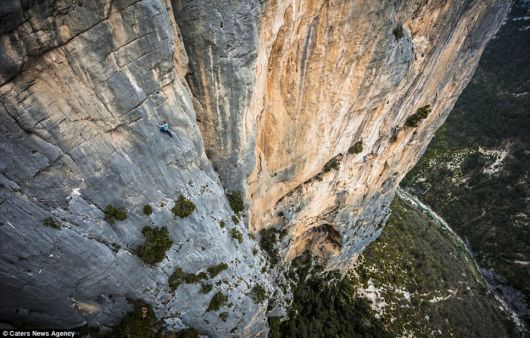 Into the danger zone: Mr Buisse travels around the world, from the UK to Nepal, photographing the very best solo free-climbers and their daredevil exploits