Tancrède Melet and his accomplice Julien Millot, part of a teamwork called the Flying Frenchies, made up their mind to attempt a daring walk between two flying hot air balloons in mid air in Saint Hilaire du Touvet, France. 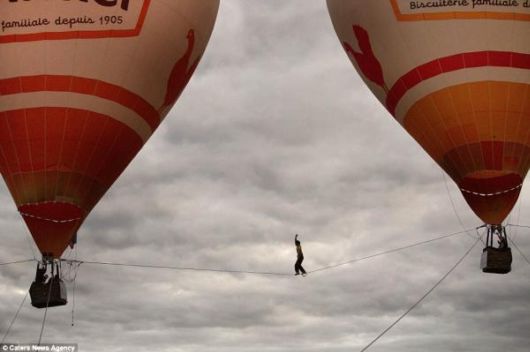 The hot air balloons were attached to the ground to hinder them from drifting too far apart. Tancrède managed to complete the entire stroll between the two balloons, including the stomach-churning moment that Tancrede fell from the wire, only to catch it at the last minute. Because of the extreme wind conditions Julien was unable to follow suit. The stunt was set up as part of an annual paragliding festival, north of Grenoble, which is currently in its 42nd year. 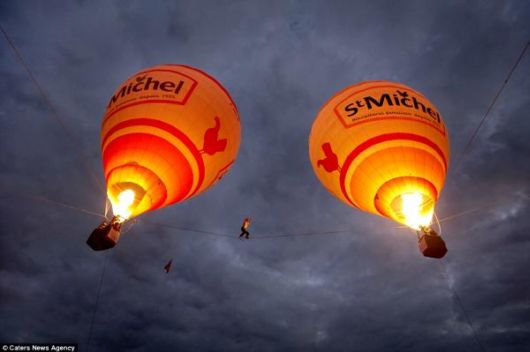 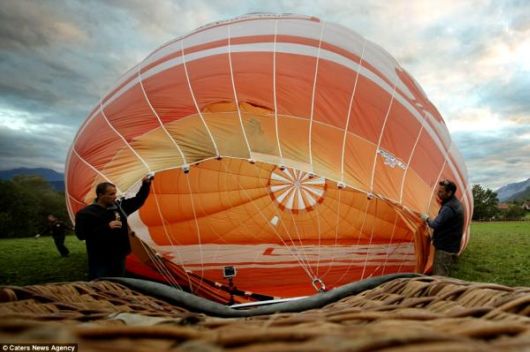 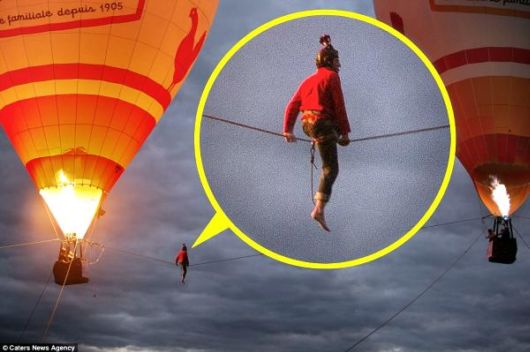 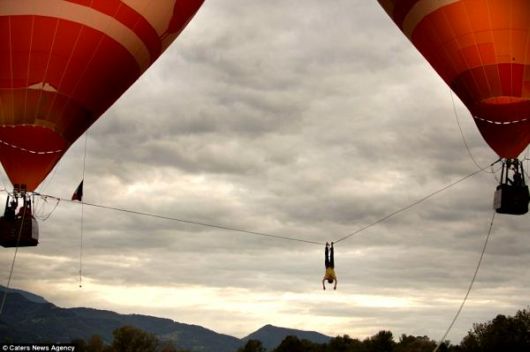