Take a deep breath: Record-breaking freediver swims 121 metres below the water WITHOUT air

Divers at the 2012 freediving world cup in the Bahamas probably had other things on their minds than taking in the beautiful scenery of the picturesque bay.

The competitors took their lives in to their own hands as they dived without air, with some reaching depths of more than 100 metres in the contest.

New Zealand competitor William Trubridge broke a national record as he completed a dive to 121m (under constant weight) in Dean?s Blue Hole on Long Island, in the Bahamas. 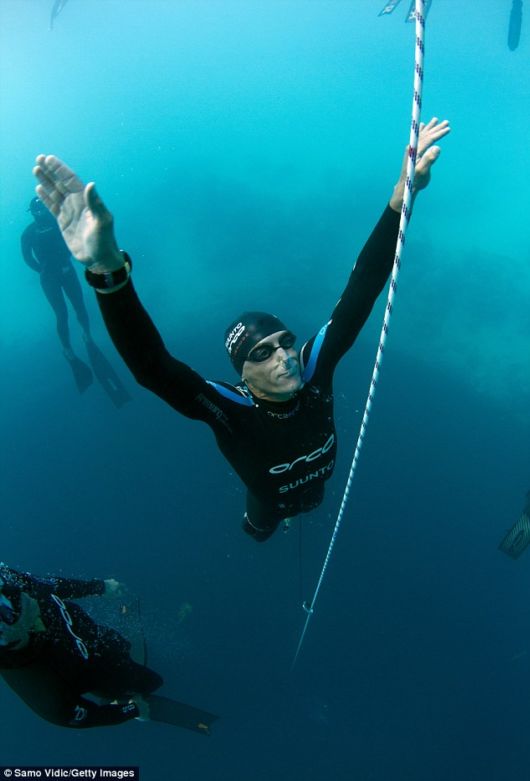 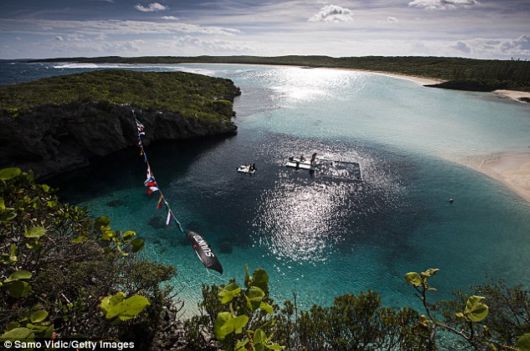 The event took place at Dean’s Blue Hole, which plunges 202 metres in a bay west of Clarence Town on Long Island, Bahamas 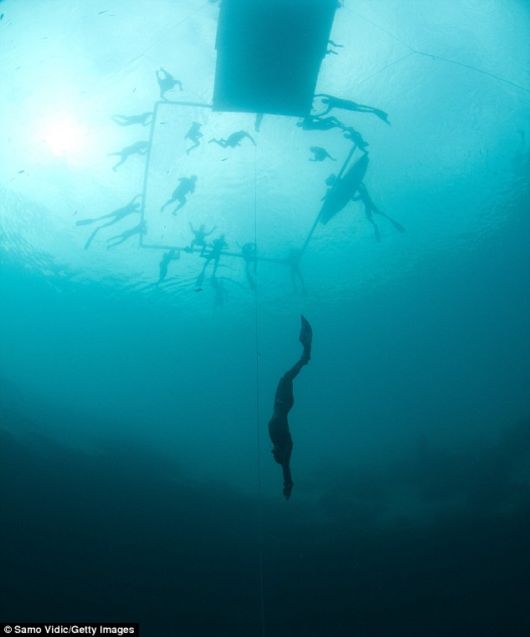 The competitors came from all around the world, to see how far they could dive without air

American diver Ashley Futral Chapman broke a world record by diving to 67 metres (223 feet) with just a single breath of air in her lungs in the freediving discipline of Constant No-Fins.

Freediving is a form of underwater diving that does not involve the use of scuba gear or other external breathing devices, but rather relies on a diver’s ability to hold his or her breath until resurfacing.

The champions of the 2012 Suunto Vertical Blue competition were Alena Zabloudilova from the Czech Republic in the women’s event and William Trubridge in the men’s.

The event took place at Dean’s Blue Hole, which is the world’s deepest known blue hole with seawater, in a bay west of Clarence Town on Long Island, Bahamas. 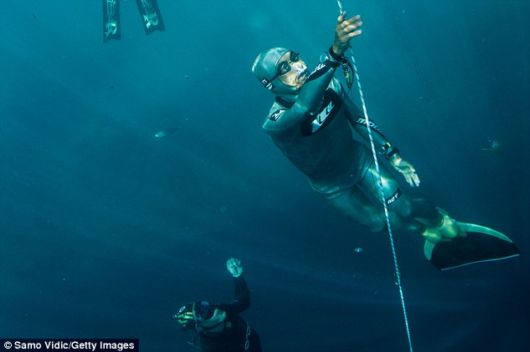 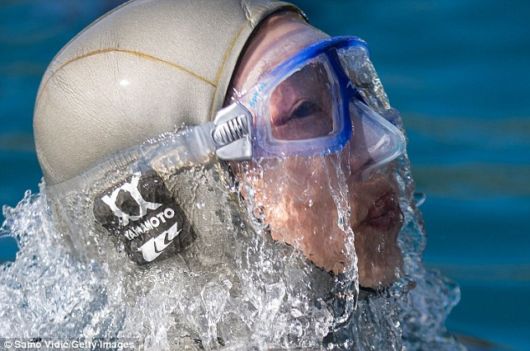 Tomoka Fukuda of Japan comes up for air 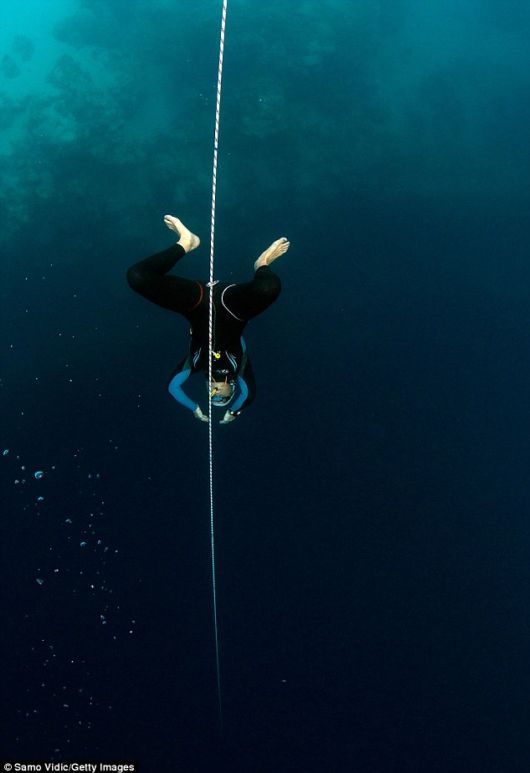 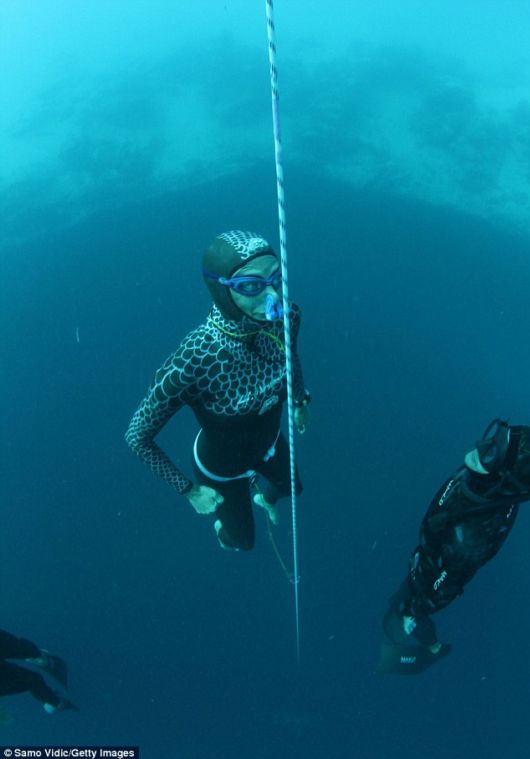 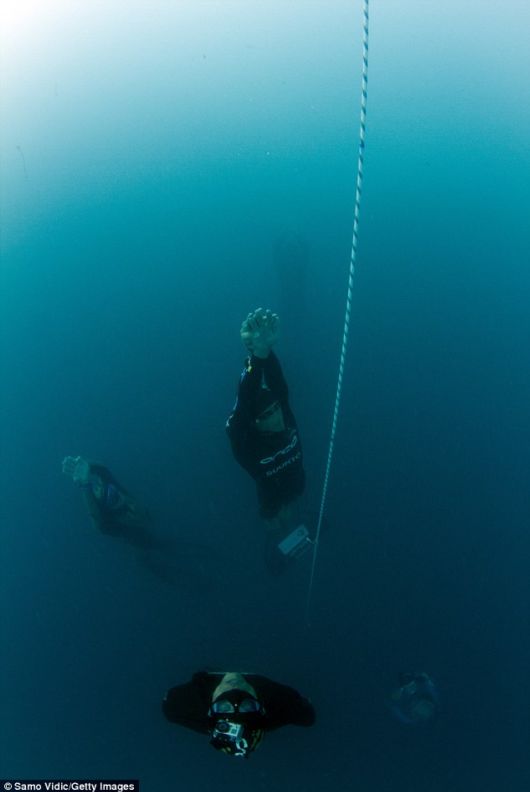 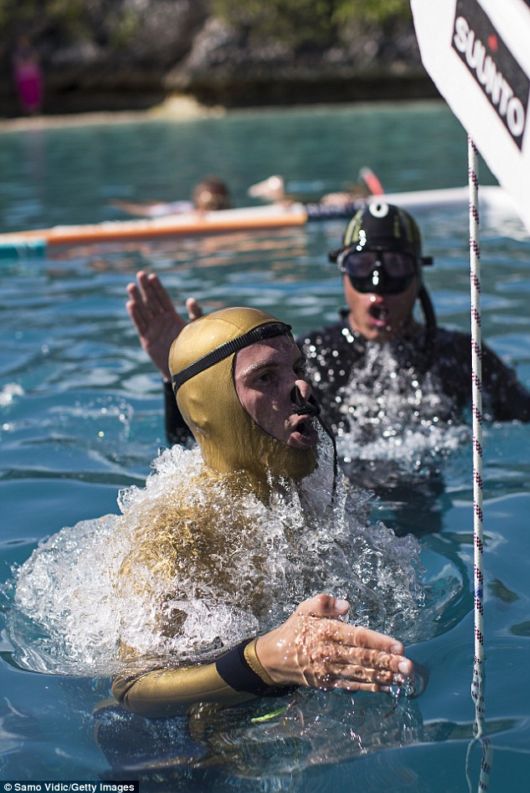 Alexey Molchanov of Russia comes to the surface 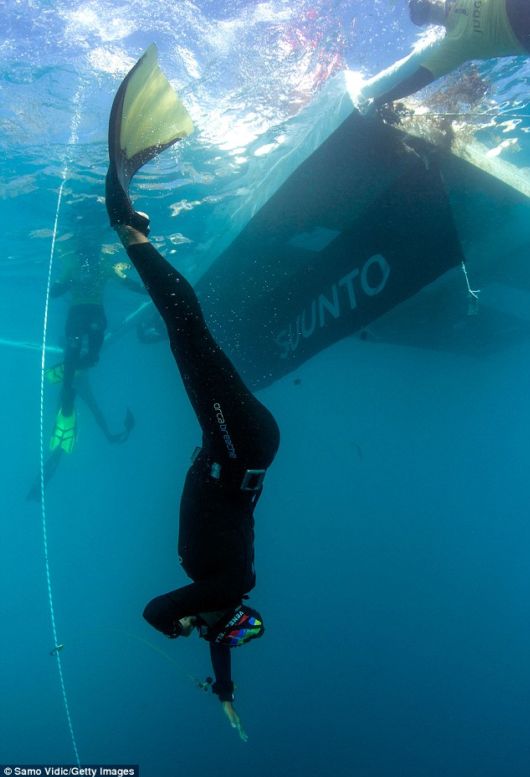 Deisy Marquez of Venezuela in action