A lot of people get nervous about driving over bridges. The height, the swaying, and the wind can unnerve anyone, but we can assure you that whatever willies-inducing bridge you’re thinking about pales in comparison to the bridge we’re about to show you.

This is the Eshima Ohashi bridge, which connects the cities of Matsue and Sakaiminato over Lake Nakaumi. 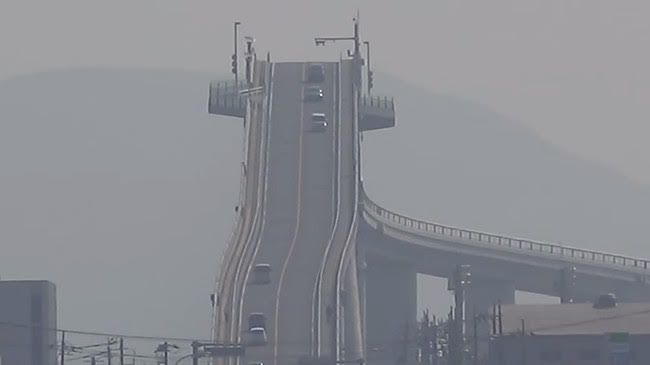 This bridge looks like multiple accidents waiting to happen, but the locals cross it every day. 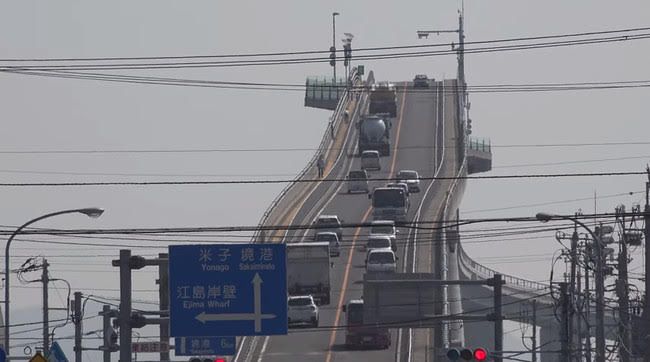 The bridge, which rises 44 meters (about 145 feet) into the air, was designed with a relatively steep incline so that ships could pass beneath it. And as long as they aren’t afraid of heights, drivers can see some pretty amazing panoramas. It’s also just over a mile long and pretty narrow, with no guardrails between the lanes. 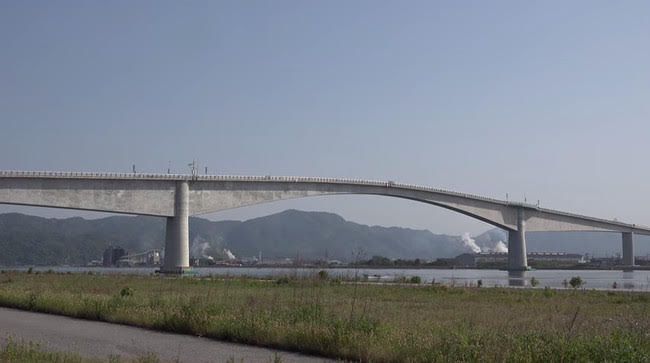 The bridge actually looks like this. The incline is magnified from the driver’s point of view because of the compression of perspective, which makes it appear crazy-steep when it’s really just kind of steep.

We had you going for a bit, didn’t we? Think about it. If the incline were really as steep as it appears in the images above, you’d see much more of the cars’ roofs than you do. It’s an optical illusion!

The highest point of the bridge looks even more impressive with the mountain under it!

Though it’s not the roller coaster ride that it appears to be from a head-on perspective, the bridge is still on the steeper side, and motorists must exercise extra caution.