Two men are making history by climbing the hardest route in the world using just their hands. The two free climbers, 30-year-old Kevin Jorgeson and 36-year-old Tommy Caldwell are climbing the El Capitan which is a 3,000-foot tall granite monolith located in Yosemite National Park, California.

The El Capitan has been scaled before however the two climbers are taking the dawn wall route which is considered by many people to be the hardest route in the world.

Scaling the El Capitan is no easy task as the ropes you see in the pictures only serve as a safety aid. The sharp surface of the rock causes cuts on fingers of the climbers which means Jorgeson and Caldwell must take frequent rests by pitching a tent that sits suspended in the air resting against the rock face.

Kevin Jorgeson and Tommy Caldwell will be making history by becoming the first to free climb a vertical rock face in Yosemite National Park, California. 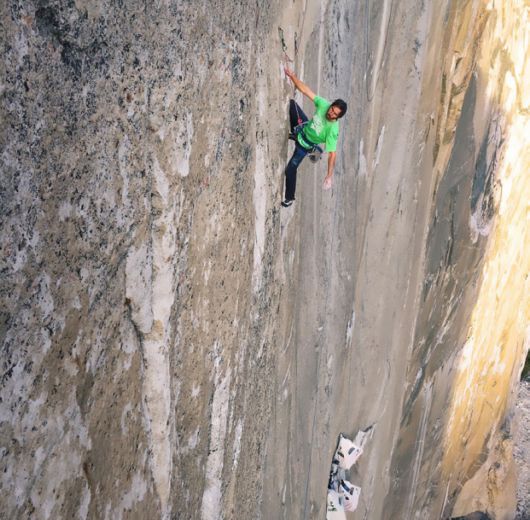 So far they have made it about half way. 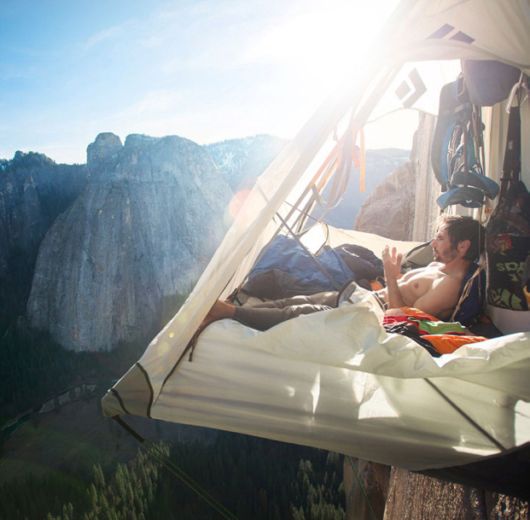 They are climbing without the aid of ropes. The ropes you see in these pictures are just for safety. 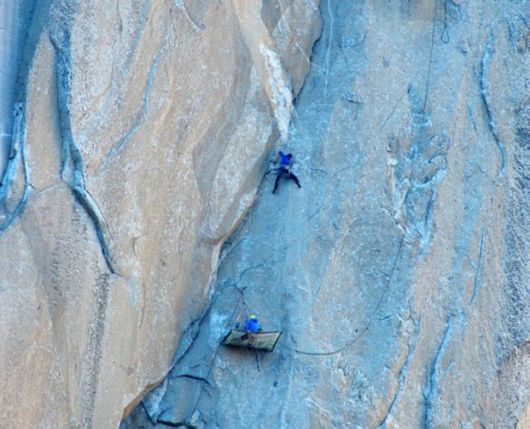 They use tape and glue on their figures as the granite rock is razor sharp. 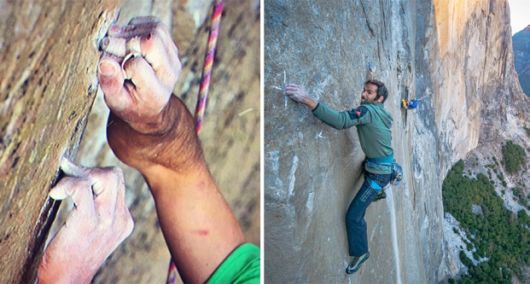 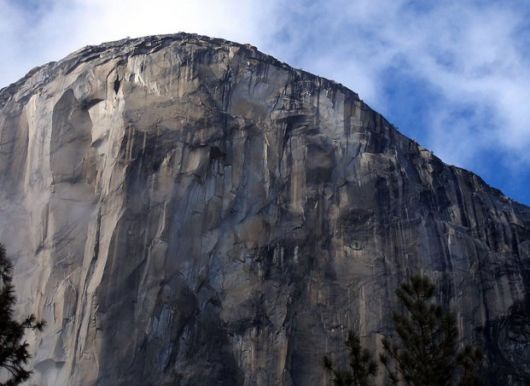 Because of how physically demanding the climb is they take frequent breaks by hanging out in their tent suspended in the air. 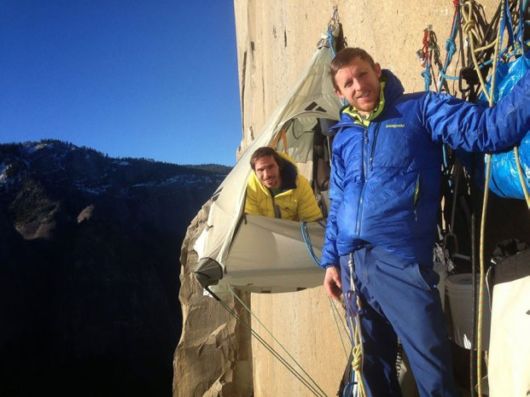 They also prefer to climb in the evening when the weather is cooler. This is so that their palms don?t sweat as much, allowing them to get better grip. 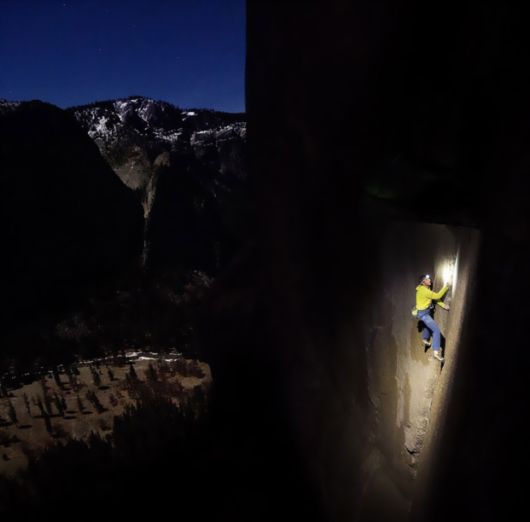 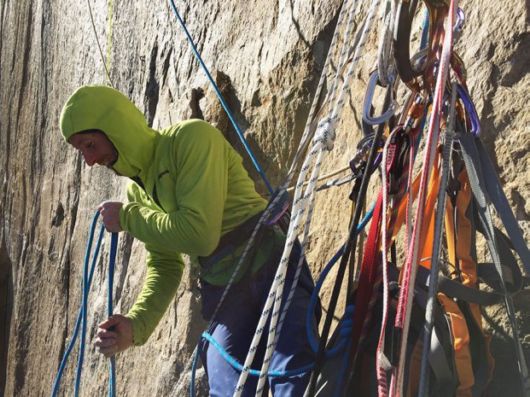 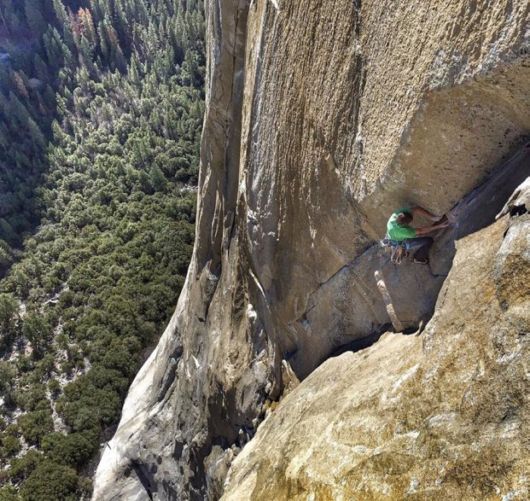 A supporting team has dropped them some previsions. They use solar powered equipment to cook food. 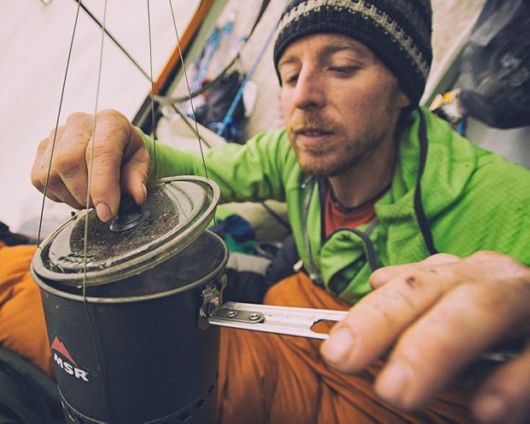 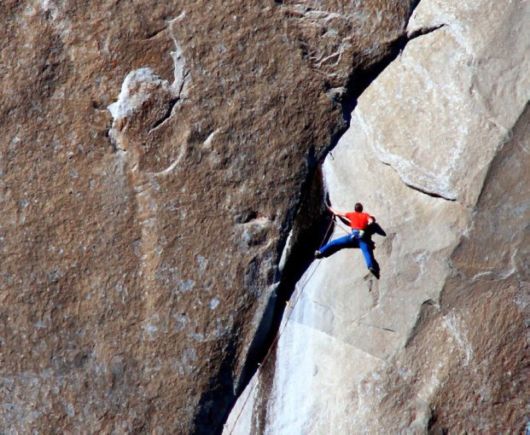 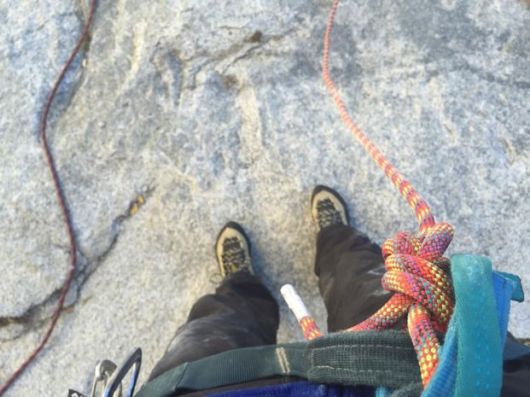 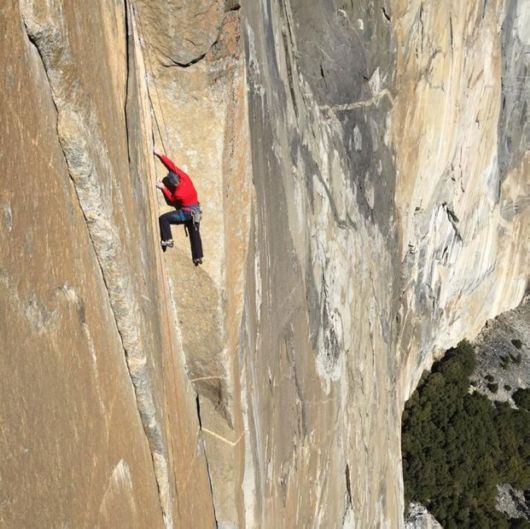 They have been climbing for 10 days now and think they will be done within a week. Keep up to date with their ascent via Facebook. 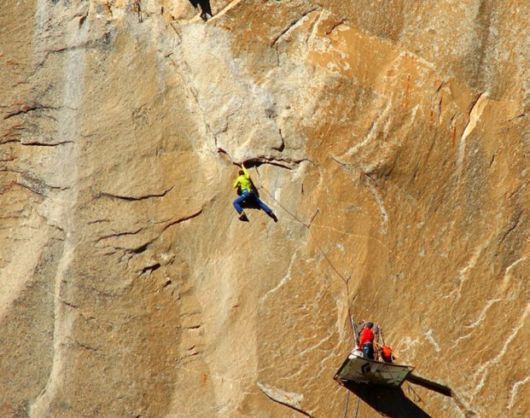 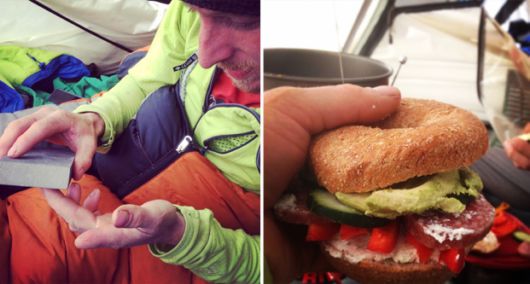 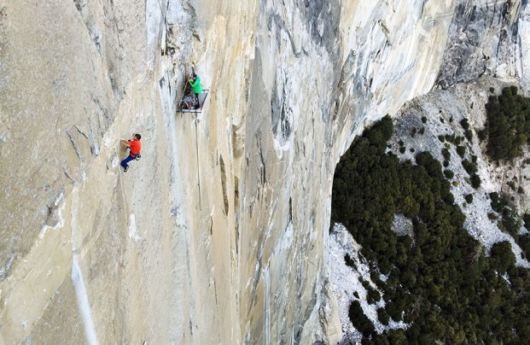 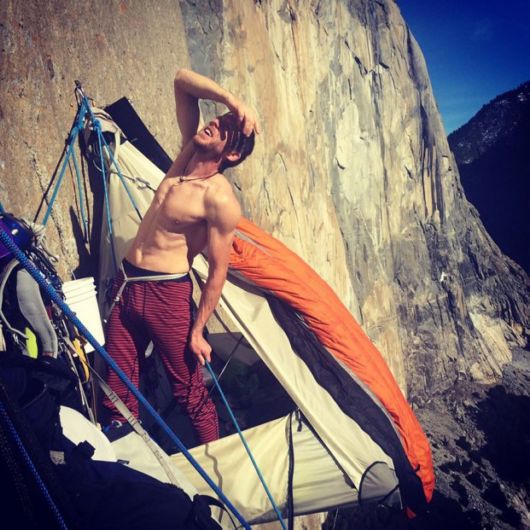