Verrückt or “our way” ? The Kansas City Schlitterbahn Water-park have unveiled the height of it latest water-slide Verrückt, as 168 feet 7 inches. This sets a new world record for the tallest water-slide in the world, a claim verified by Guinness World Record judge on site. Kansas Governor Sam Brownback and Kansas City, Kansas Mayor Mark Holland, along with other Kansas City VIPs, were present to celebrate Kansas City?s latest claim to fame ? the Verrückt. Ride innovator and Verrückt builder Jeff Henry was joined by Schlitterbahn Waterpark fellow founding family members, Gary Henry, and Jana Faber at the height unveiling. The build of Verrückt is featured in Travel Channel?s one-hour season premiere of its popular original series ?Xtreme Waterparks,? which airs on Sunday, June 29 at 8:00 p.m. ET/PT. This special features never-before-seen footage of what went into the creation of the slide ? including behind-the-scenes fabrication, the testing of the ride and the very first time any human being took the plunge down! 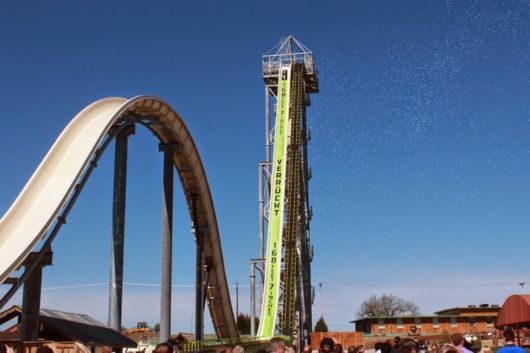 Ever since photos of the insane slide leaked out and videos went viral at the end of 2013, Verrückt?s height has been the subject of much speculation. Taller than Niagara Falls (167 feet tall) and the world?s second tallest waterslide, Kilimanjaro (164 feet tall), Verrückt is not a body slide ? it?s a raft slide and features a nearly 17-story drop and a five story uphill section. The combined drops are over 200 feet. Fittingly, Verrückt is the German word for ?insane. 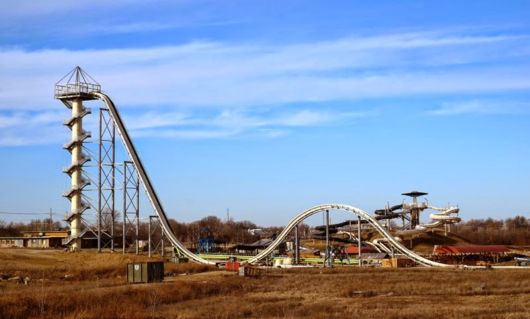 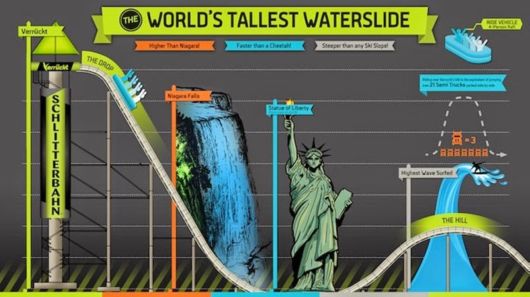 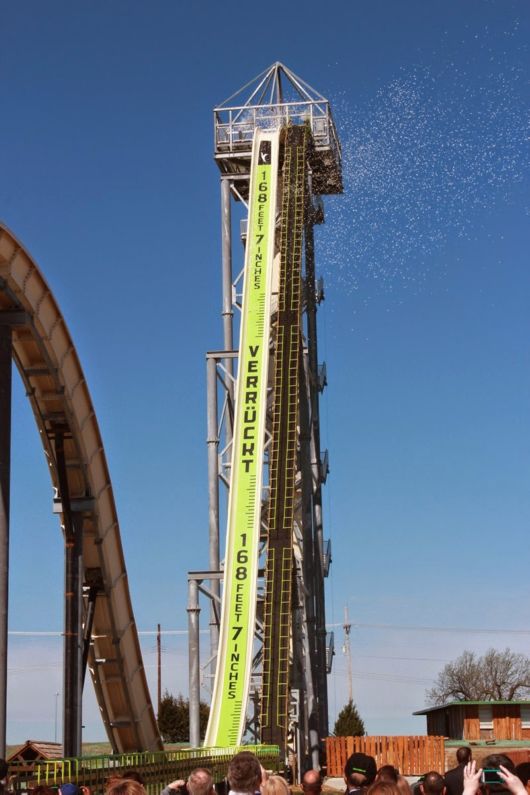 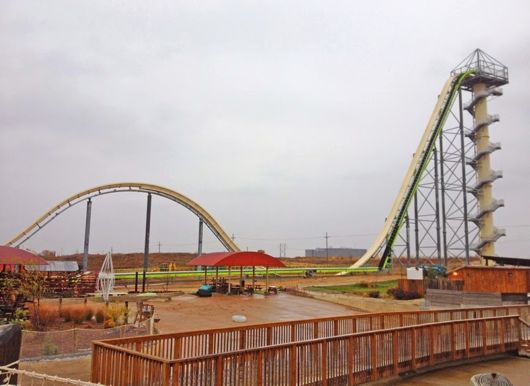 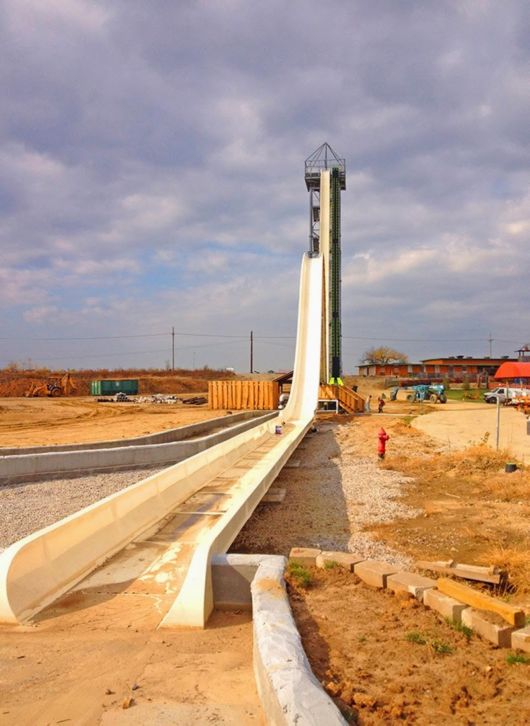 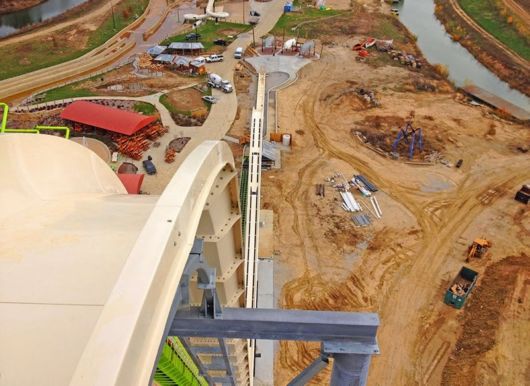 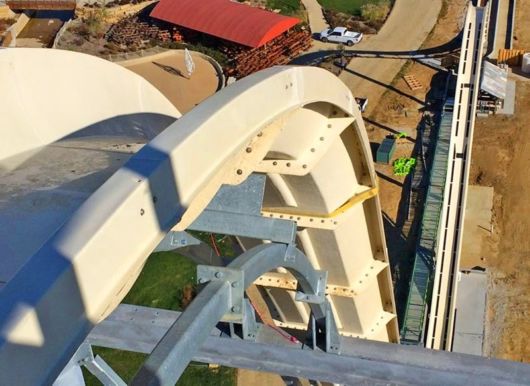