Wingboarding is a new type of adventure sport that will soon be made available to thrill-mongers around the world. Developed by Wyp Aviation, a startup company trying to ?take aviation to the next level?, the WingBoard provides riders with a stable platform that flies through the air rather than falling towards the ground. 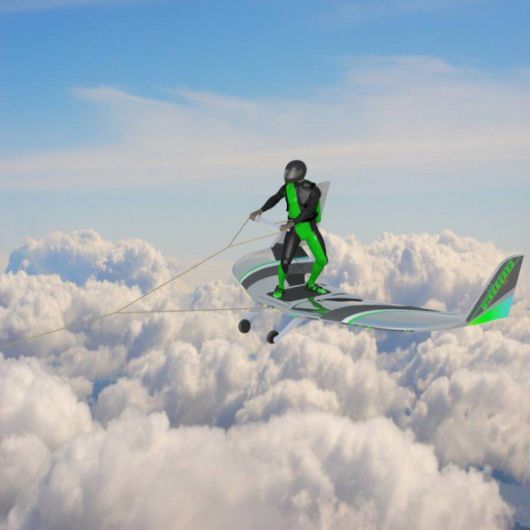 It?s sort of a cross between skysurfing and wakeboarding and involves surfing through the sky on a board while being towed by a plane. The daredevil stunt is meant to emulate the comic book superhero Silver Surfer, who can travel through space on his surfboard-shaped craft. ?The WingBoard is like a wakeboard, but instead of slicing through waves behind a boat, you?re being towed by a plane, carving through clouds,? said founder and lead engineer Aaron Wypyszynski.

It works with a system of cables that allow it to be towed behind an aircraft, while remaining stable enough to withstand the weight of one person. Wheels at the bottom of the board will help it get airborne, and the rider would need a parachute to get back safely to the ground. The board will contain a separate parachute as well, to help it hit the Earth gently.

The mock-up version has successfully performed barrel rolls behind an aircraft in the test run, and Aaron is currently trying to raise funds ($275,000) to make the first prototype. If everything goes according to plan, he believes that Wingboarding may become a popular spectator sport in the future. ?There has been no way to truly fly behind an aircraft,? he said. ?You can strap on a snowboard to your feet and go surfing, but really what you are doing is falling.? ?WingBoard is the only opportunity where you can stand with the wind in your face and control yourself in the sky.? 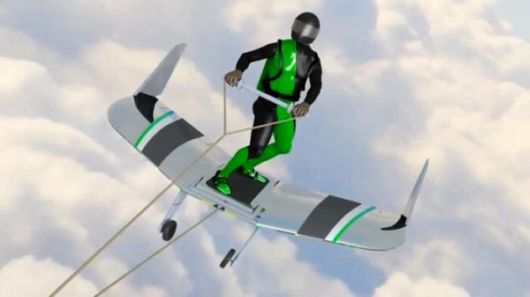 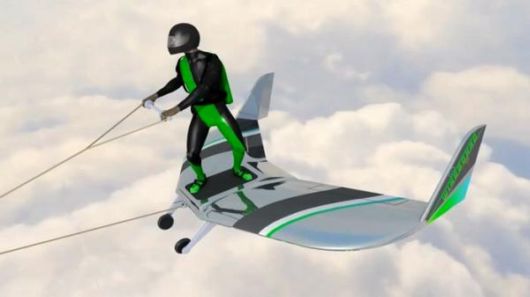 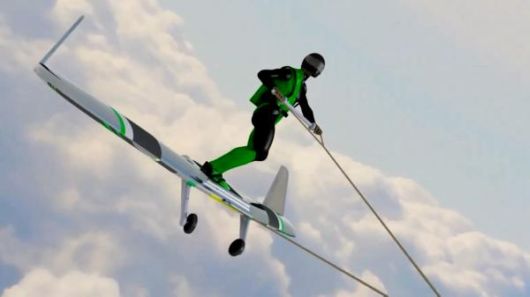 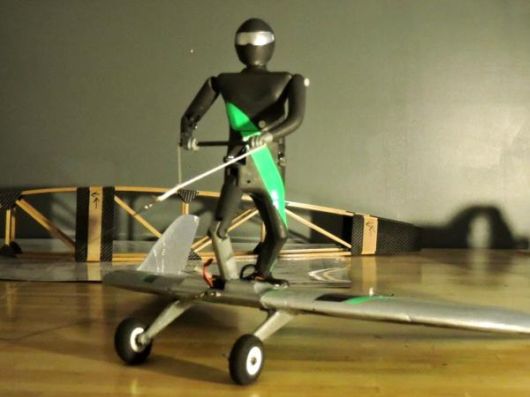