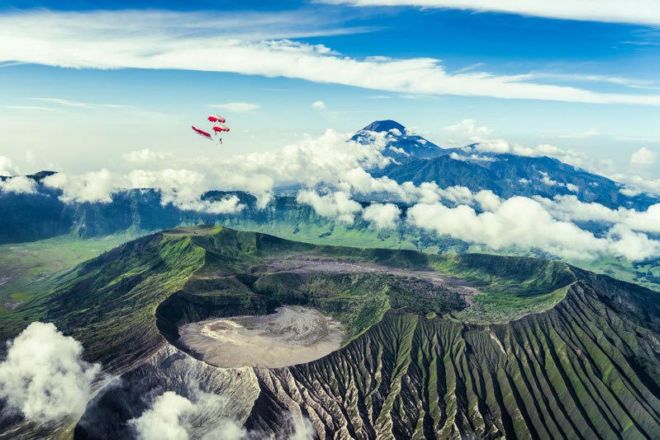 To celebrate the launch of Red Bull in Indonesia, the Red Bull Skydive team journeyed to Java Island to explore the mysterious and spectacular Mount Bromo, an active volcano and the most famous peak in Bromo Tengger Semeru National Park.

The amazing feat was the first ever skydive over an active volcano in Indonesia. The team ascended by helicopter to 4000 meters and performed 2 jumps; one with the wingsuit formation reaching speeds of over 200km/h and the second jump was a freefall parachute jump during which the team deployed the Indonesia national flag, as they flew over the smoldering peak. 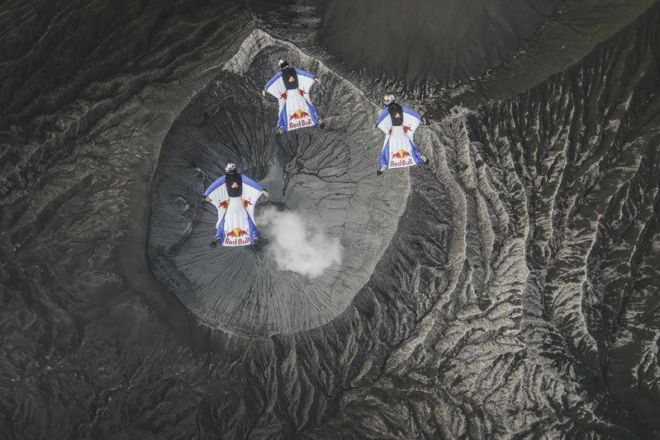 The Red Bull Skydive team is made up of four Austrians: Georg Lettner, Dominic Roithmair, Marco Furst, and Marco Waltenspiel. Combined, the team has performed over 16,000 jumps around the world.

The biggest obstacle, according to 25-year-old Dominic, was the extreme change in weather, plus the sulfuric air that can irritate the eyes:

“Although I have done numerous free-fall jumps before; this one was particularly challenging because the volcano is still active, and the weather is always changing. We can even see small eruptions coming off the surrounding peaks.” 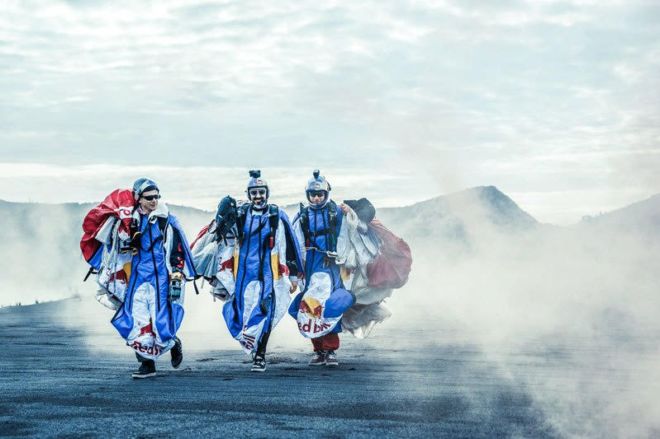 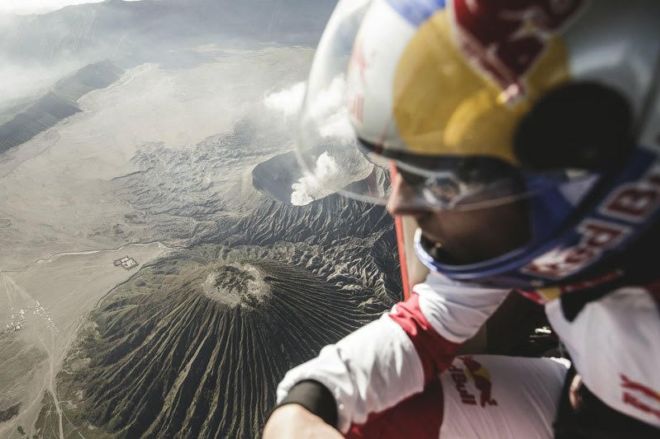 Mount Bromo, located in East Java province, Indonesia, stands 2,393 meters high. The air temperature around the volcano can swing from 10 degrees to 25 degrees, from bright sunshine to torrential thunderstorms and from a light breeze to gale force winds all within the same day, a huge challenge for any skydive.

Add to that the fact that the volcano is still active and constantly emits a plume of white sulfuric smoke, you have some extremely challenging conditions imaginable for this kind of display. 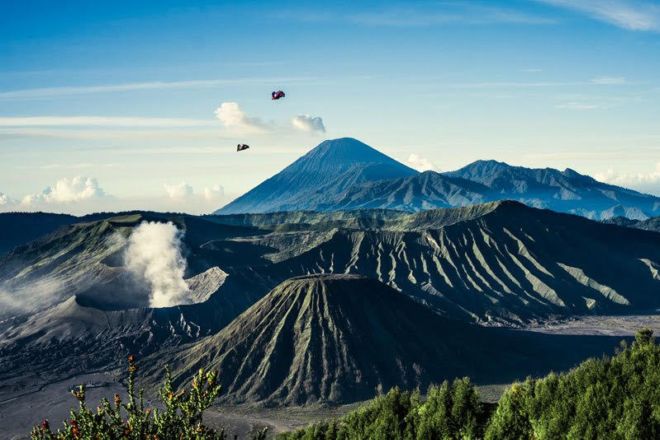 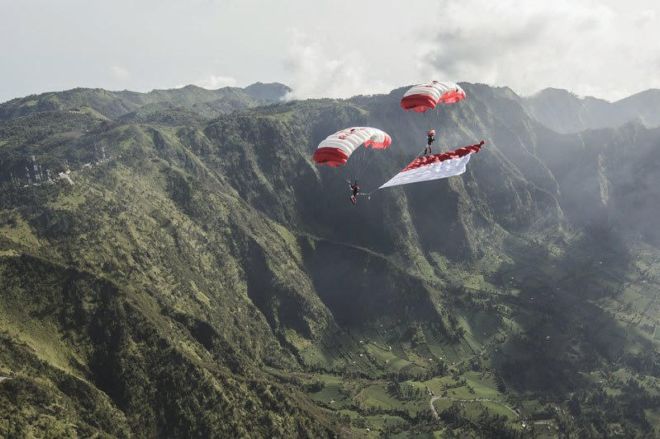