Everyone knows that lions can be found in Africa, buffalo in North America, kangaroos in Australia, and so on. They are native to these territories, and are common sights. This list, however, sets out to destroy some misconceptions: a few well-known animals are found in places you wouldn?t have expected to see them.

These animals are more than just escaped pets; they?re thriving, growing into ever-expanding colonies. Next time someone swears they saw a foreign creature hop across the road at night, don?t be so quick to discount them. They may be right! 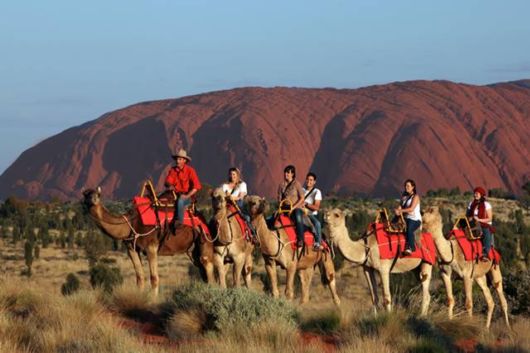 Traditionally found in Africa and parts of Asia, Australia has a feral camel population of 1 million. The colony reproduces at an incredible rate, doubling in size every 9 years. The camels were introduced in 1822 by Conrad Multe-Brun, who needed the hearty creatures to explore the desolate Australian deserts. Since their introduction, the creatures have become a major pest, eating leafy greens and destroying infrastructure in their search for water. In some instances, camels have been known to charge into houses to drink from the toilet. Hunters are therefore encouraged to kill the animals ? but the large colony is still expanding. 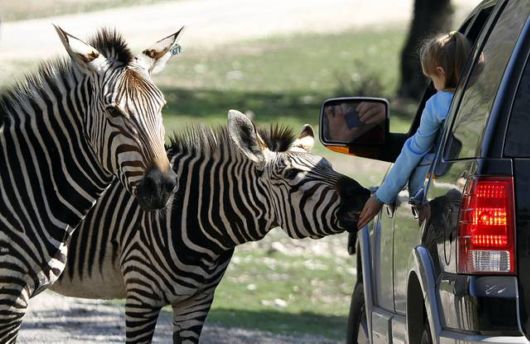 There is a ranch in Texas that allows hunters to stalk and kill zebras, for a steep fee. Humans introduced the zebras to Texas, and the species thrived. There is no human interaction with the colony aside from the hunt. They are not fed by the ranch-hands or forced to breed; they are an entirely wild colony. The temperature and environment of Texas is similar to that of Africa, allowing the creatures to reproduce and live healthy lives. 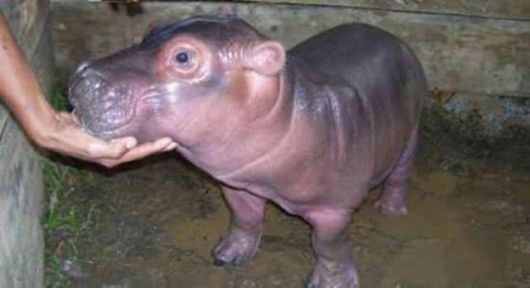 In the 1980s, notorious drug lord/billionaire Pablo Escobar built a zoo in his backyard. One of his favorite types of animal in the zoo were his four hippopotamuses, originally found in Africa. Upon his death, authorities concluded the animals were simply too big and dangerous to repossess, and as such left them to die. Instead, the animals managed to escape into the wild, where they remain to this day. As of 2007, the colony had grown to 16, dwelling in the Magdalena River. Surely, when Escobar thought about leaving a last legacy he did not imagine this. 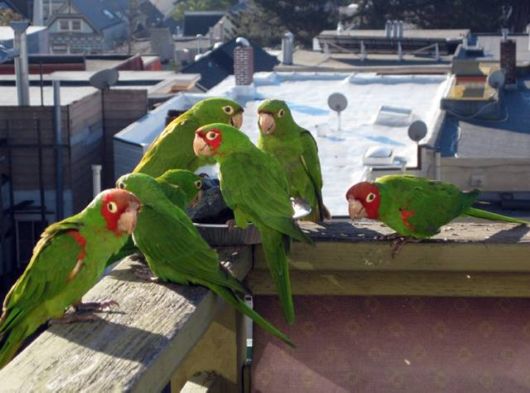 Parrots are commonly found in the jungles of South America, and are prized as pets for their beautiful colors. In San Francisco, a number of parrots escaped from pet owners. Unlike many escaped pets, the parrots survived and mated, taking residence in Telegraph Hill. The famous Parrots of Telegraph Hill are now a tourist attraction, with their flock nearing 100 birds. The beautiful green and red birds are friendly and approachable, and enjoy being fed by their many fans. 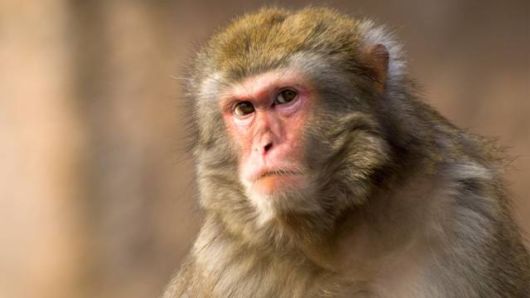 The continental United States has no recognized natural primates (other than humans). There is, however, a colony of Rhesus Macaques flourishing in the humid swamps of Florida, particularly the Silver River State Park. In 1938, a tour boat operator released the Macaques in an attempt to attract more business. More than 60 years later, the already-established colony received a boost in the form of Hurricane Andrew. The powerful storm destroyed animal testing labs in Florida, releasing more Macaques into the wild. Despite their friendly appearance, the creatures are violent and strong, and tourists are advised not to approach the animals. 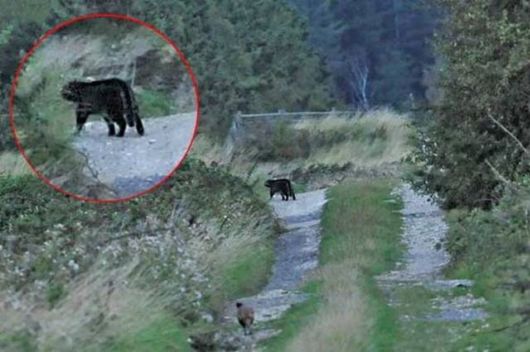 Although not recognized by any official government agency, it is a widely held belief that there are a number of big cats residing in England, as there are an average of 4 sightings a day. Residents who sight the animals describe the cats as being large and black, resembling a panther. There are a variety of possible explanations for the animals, with the leading theory involving the Dangerous Wild Animals Act of 1976. When the act took effect, stiff penalties were enacted against owners of dangerous animals. Many owners therefore released their pets into the wild ? panthers included. 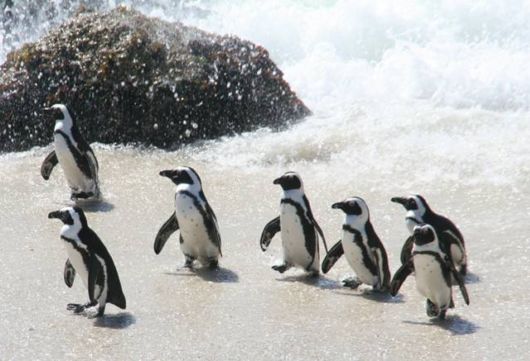 Penguins conjure up images of frozen wastelands and floating glaciers. In truth, there are a variety of penguins, including the Black-footed, or African, penguin. Unlike the chilly climate Emperor Penguins prefer, these flightless birds inhabit the warm beaches of South Africa in large numbers. Traditionally found in the open sea, they occasionally venture onto land. Lucky beach-goers often enjoy frolicking in the crystal clear water alongside these docile creatures. 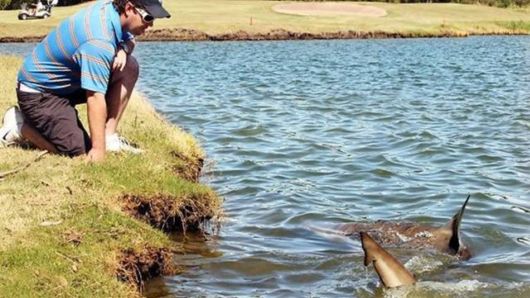 Bull sharks are perhaps the most widely known freshwater sharks, often found in rivers and bays. In rare circumstances, flooding may carry the sharks over land, depositing them in land-locked lakes. The aforementioned circumstance took place in Australia in 2007, depositing 10 large bull sharks into a lake on a golf course. Months passed, and the sharks remained, growing in size and number. Despite the inherent dangers, course players grew to like the sharks, and the owners did too, as it discouraged local children from coming to the lake in an attempt to take lost golf balls. 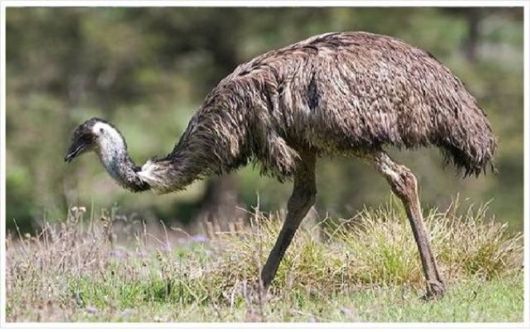 Once again, Texas finds itself housing another unusual animal colony ? this time, it?s made up of emus. In the early 1990s, some farmers in Texas believed emus would be the next cash-cow. When these investments never came to fruition, many Emus were left to fend for themselves in the desert. Given that their natural habitat in the Australian outback is very similar to that found in Texas, the Emus flourished ? and today their flock contains hundreds of the large, flightless birds. 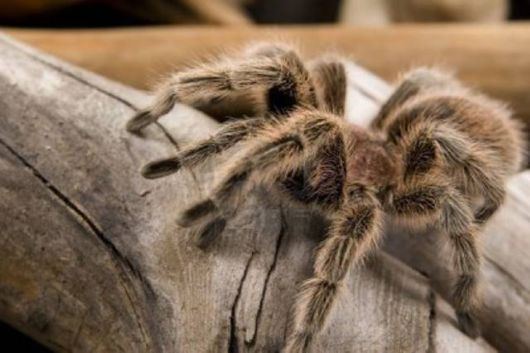 English readers, beware! As if being stalked by panthers wasn?t bad enough, you have Chilean Rose Tarantulas to fear as well. Growing up to 10 inches in length, these spiders arrive in shipping containers from their homeland in Central America. During particularly hot and humid months, the spiders may breed. Although a widespread colony has not yet been discovered, a handful have been found over a number of years. If found, do not approach the creature; when threatened, the spider uses its hind legs to flick small barbs at any predators, causing extreme pain and even blindness. Just do what most others do when they see a massive spider, and run the hell away!