Nature has given animals a wide variety of distinctive colors that we can all immediately recognize. Many of these colors and patterns have become iconic in their own right, and have even influenced human fashion and design. However, with nature being nature, it occasionally throws us a surprise. Rare genetic conditions have given these animals colors which make them stand out from the crowd in the most beautiful ways: 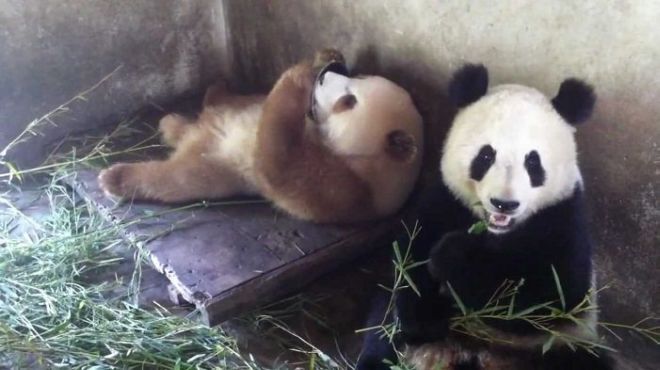 Pandas have one of the most famous and distinctive colored coats in the animal kingdom, and it’s one that has enchanted humans for centuries. However, it isn’t always black and white in the panda world. In one remote region of China, lives a small number of special pandas with brown fur. It is believed that the color of their coat has come from a combination of diet and generations of genetic mutations. Brown pandas are very rarely spotted in the wild, although there are examples in captivity. 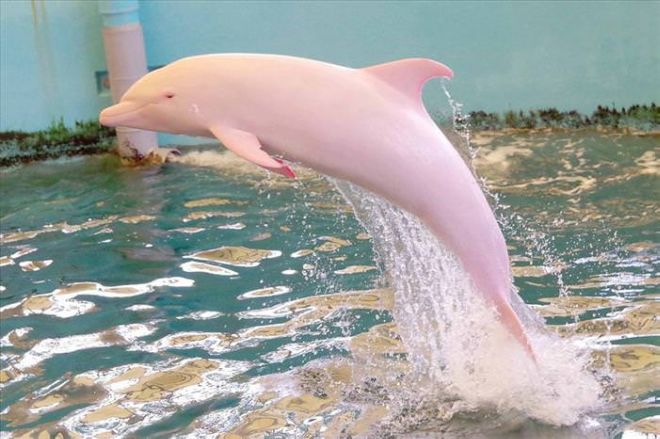 Pink dolphins look like they swam straight out of a children’s fairy-tale, but they are real and take on this hue due to albinism. This mutation can occur across most dolphin species. Some are more pink than others, with the most brightly-colored examples offering a fantastically unique sight. 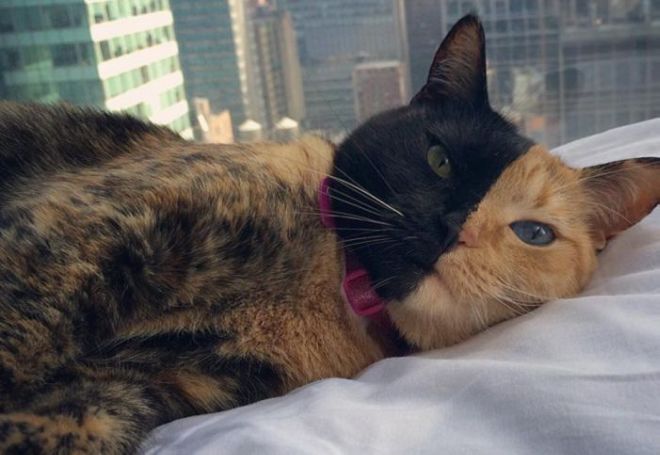 Meet Venus, the incredible cat with two faces. The unusual coloring comes from a condition called chimerism, which occurs when two distinct genetic cells exist in one single organism. As well as one half of the face being black, and the other half being ginger, Venus has one blue eye and one yellow. She is something of a celebrity and even has her own webpage. 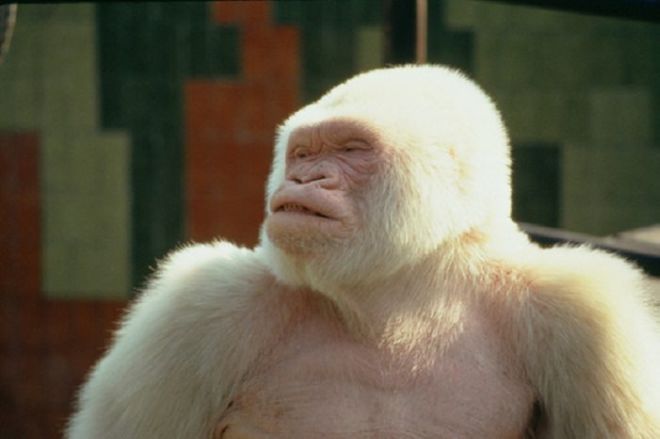 Albinism is a congenital condition, characterized by a lack of pigment in the skin, hair and eyes. It exists across numerous species, including humans. It is very rare in large primates. This albino gorilla, called Snowflake, lived most of his life in Barcelona Zoo, fathering 22 offspring before his death in 2003. All the hair on his body was completely white. 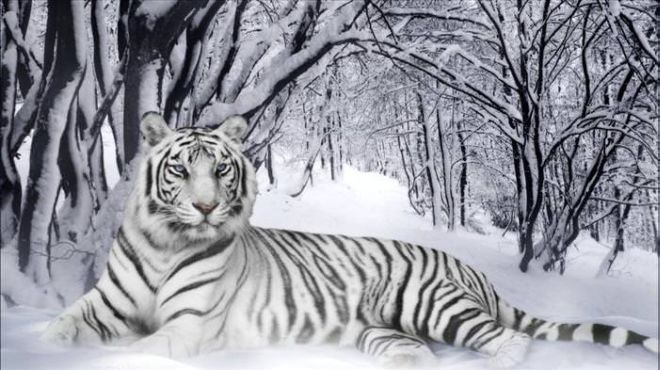 White tigers are one of the most majestic and beautiful animals in the world, famed for their icy coloring and piercing eyes. They have a pigment variation in comparison to the more commonly-colored Bengal tiger, but are not albinos. Just as humans can have blonde hair or brown hair, white tigers are simply a variation – one we can all be thankful for. 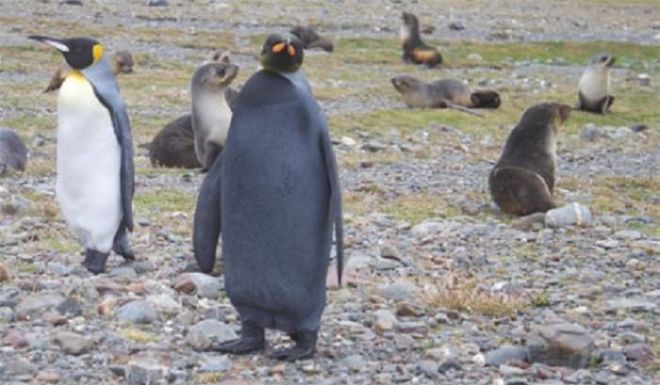 This penguin looks like he forgot to put his apron on in the morning, but he is actually the result of a very rare genetic quirk. In fact, it is so rare that only one black penguin has ever been spotted. Since this one was photographed by National Geographic, they have appealed for more sightings of all-black penguins and asked the public to post their own evidence of this extremely rare variant of an iconic species.