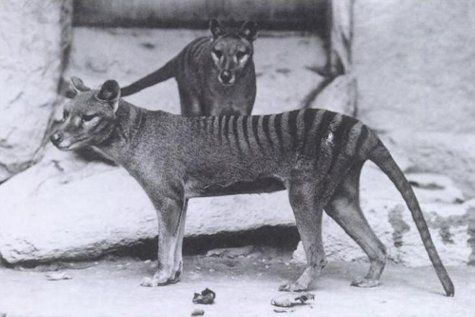 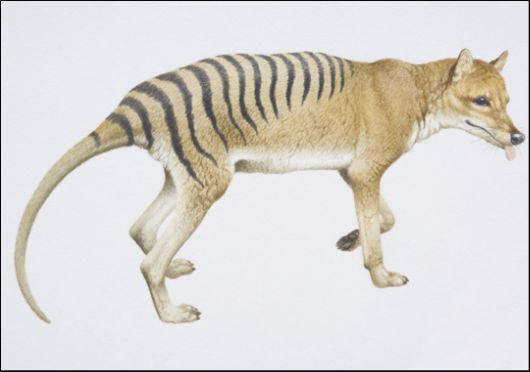 The last Tasmanian Tiger, or Thylacine, known to have existed died in the Hobart Zoo, in Tasmania, Australia, on September 7th, 1936. Despite being the last of its kind, the animal (named ?Benjamin?) likely died due to neglect after being locked out of its sheltered quarters during extreme weather.

Although commonly referred to as ?tigers?, and despite having the look of a canid, the Thylacine isn?t remotely related to cats or dogs. Rather, it was the largest carnivorous marsupial of modern times, meaning it carried its young in a pouch. Its closest living relative is the Tasmanian Devil.

The biggest cause of their extinction in the wild was a massive hunting campaign instituted by the Tasmanian government from 1888 to 1909, justified because the Thylacines were believed to be a threat to sheep and hens. The last known wild Tasmanian Tiger was killed by a farmer named Wilf Batty in 1930, after spotting the animal around his hen house. 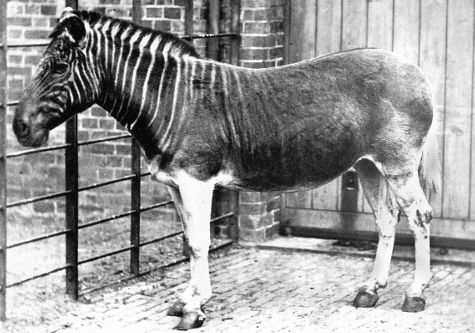 The Quagga was a unique variety of Plains Zebra, marked by having stripes only on the front of its body, with hair color transitioning toward a light brown or tan along its rear and underbelly, until becoming white along its legs. This picture represents the only Quagga ever to have been photographed alive, taken at the London Zoo in 1870.

Its unique hide made the Quagga a target for hunters and poachers, and the last known wild Quagga was probably killed in the late 1870?s. The species went extinct on August 12th, 1883, when the last specimen died at a zoo in Amsterdam, The Netherlands.Passenger Pigeon 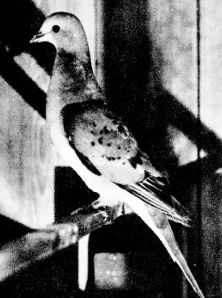 The story of the Passenger Pigeon is one of the most tragic extinction stories in modern times. As recently as around 200 years ago they weren?t anywhere near extinction. In fact, they were actually the most common bird in North America, and some reports counted single flocks numbering in the billions.

Colonial hunters happened. The pigeon meat was commercialized and recognized as cheap food, especially for slaves and the poor, which led to a catastrophic hunting campaign on a massive scale. Furthermore, due to the large size of their flocks, the birds were seen as a threat to farmers. In fact, in 1703 the Catholic bishop of Quebec actually excommunicated the entire species. 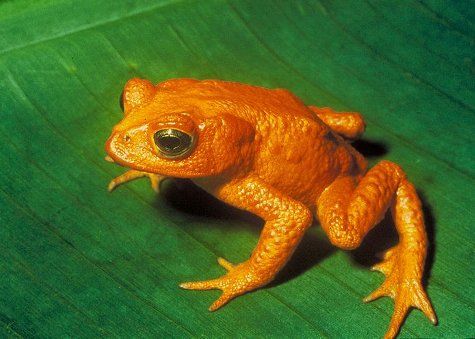 The first recorded account of the Golden Toad was by herpetologist Jay Savage in 1966, and the last sighting of the species was made in 1989. The toad, showcased by its brilliant golden orange colorization, was native to the tropical cloud forests which surround Monteverde, Costa Rica.

Their extinction symbolizes a large scale decline in amphibian numbers worldwide over the last several decades, which has likely been caused by global warming and climate change. In fact, famed Australian biologist Tim Flannery has described the extinction of the Golden Toad to be the first demise of a species due primarily to global warming. 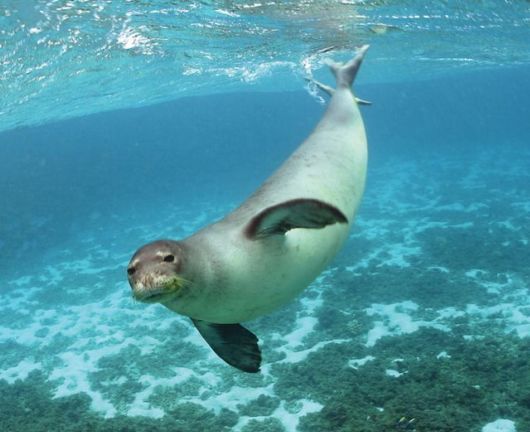 The Caribbean Monk Seal was the only known seal which was native to the Caribbean Sea and the Gulf of Mexico. It is also the only species of seal to go extinct directly due to human causes. It was officially declared extinct just last year, on June 6th, 2008, although the last recorded account of the species was made at Serranilla Bank between Honduras and Jamaica in 1952.

Their eventual demise, brought on by human hunting, was symbolized during Columbus? 1494 voyage, when the tiny seals were described as ?sea wolves? and 8 were recorded to have been killed and slaughtered for their meat. 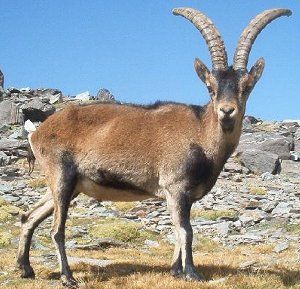 The Pyrenean Ibex has one of the more interesting stories among extinct animals, since it was the first species to ever be brought back into existence via cloning, only to go extinct again just seven minutes after being born due to lung failure. Here at Ecoworldly, we reported on the event, which happened in January 2009.

The last naturally born Pyrenean Ibex died on January 6th, 2000, after being found dead under a fallen tree at the age of 13. That animal?s only companion had died just a year earlier due to old age. Although the recent effort to resurrect the Ibex was short-lived, the event does bring optimism, and raise serious debate, about whether extinct creatures should be given a second chance. 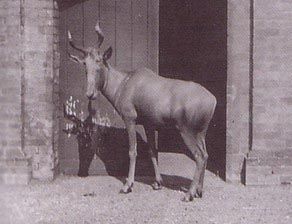 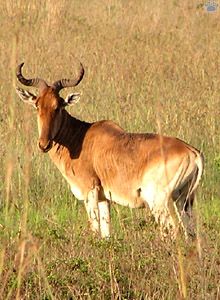 The Bubal Hartebeest was a magnificent, tough beast which was once domesticated by the ancient Egyptians as a food source and for sacrificial purposes. The creature was even mentioned in the Old Testament.

Although it once roamed throughout Northern Africa and the Middle East, the deep-rooted mythology which surrounded the animal was not enough to save it from European hunters who began hunting them for recreation and meat. The last Bubal Hartebeest was probably a female which died in the Paris Zoo in 1923. 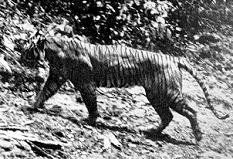 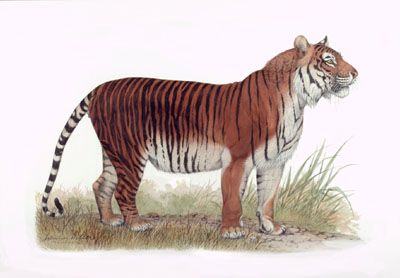 Javan Tigers are a subspecies of tiger which were limited to the Indonesian island of Java. The last specimen to have been seen was sighted in 1972, although there is evidence from track counts that the animal had lingered into the 1980?s. The last track counts to yield evidence of the tigers was held in 1979, when just three tigers were identified.

The leading cause of their extinction was agricultural encroachment and habitat loss, which continues to be a serious concern in Java.

There are some who believe that Javan Tigers could still be alive in some of the island?s few remaining forested regions, although even so, the tiger?s numbers would be so low that the species would still be functionally extinct. The region most likely to contain a tiger today would have to be the Meru Betiri National Park, although even that area is now being threatened by mining companies after the discovery of gold nearby. 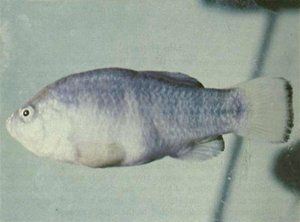 The Tecopa Pupfish has the unfortunate distinction of being the first species to be declared extinct under the Endangered Species Act of 1973. The official de-listing of the animal came in 1981.

The fish were first discovered in the Tecopa Hot Springs in California in 1942, and their decline followed shortly thereafter, as the Hot Springs were canalized and replaced with bathhouses. The final nail in the coffin came when hotels and trailer parks were built nearby to allow for more comfortable recreation for tourists. 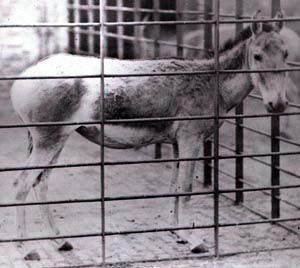 The Syrian Wild Ass was likely extinct when the last known captive animal died at the Schönbrunn Zoo in Vienna, Austria, in 1928. It once had a wide range throughout Mesopotamia, where reports were common of large herds which used to roam wildly in the mountains and desert steppes of the Middle East.

Although already threatened beforehand, it is said that the Syrian Wild Ass completely collapsed during World War I, when their habitat was overrun with heavily armed Turkish and British troops. One account remarked that ?it could not resist the power of the modern guns in the hands of the Anazeh and Shammar nomads, and its speed, great as it may have been, was not sufficient always to escape from the velocity of the modern motor car which more and more is replacing the Old Testament Camel-Caravan.? 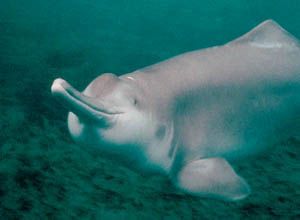 The inevitable appears to have arrived for the Baiji River Dolphin, a peaceful, majestic dolphin which had inhabited China?s Yangtze River for at least the last 20 million years. The dolphin was declared functionally extinct after an expedition late in 2006 failed to record a single individual after an extensive search of the animal?s entire range.