Deep within the rocks lie the remnants of a different world, a world full of sinister creatures like terrifying megalodon sharks, creepy-crawly trilobites, and giant dinosaurs. That world is now long gone, but the ground we stand on still holds their remains and if we look closely, we might just uncover some of them right beneath our feet. Some of the incredibly well-preserved fossils we’ll show you below were such unexpected and fortunate finds, take a look at them and learn more about these mysterious creatures of the past.

1. A selection of fossilized great white shark teeth from all over the world 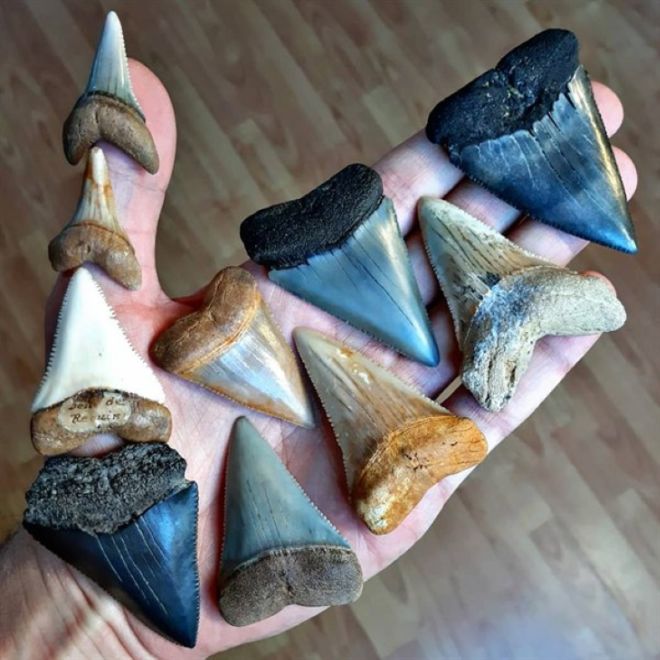 2. A praying mantis cast in amber about 12 million years ago 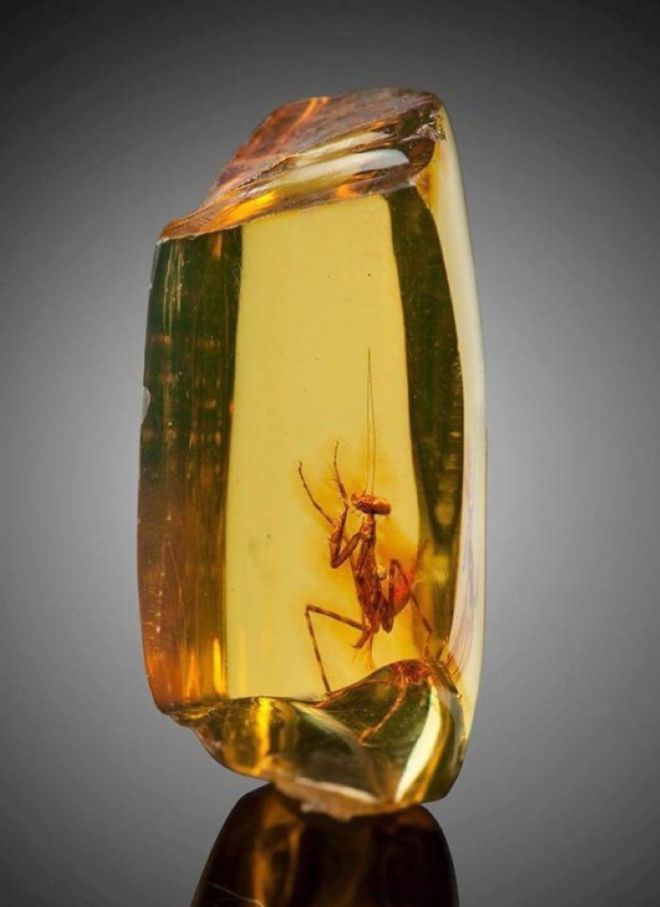 4. A Pleuroceras fossil found in Germany estimated to be 190 million years old. These animals belong to the class of Ammonites, which are extinct marine mollusks 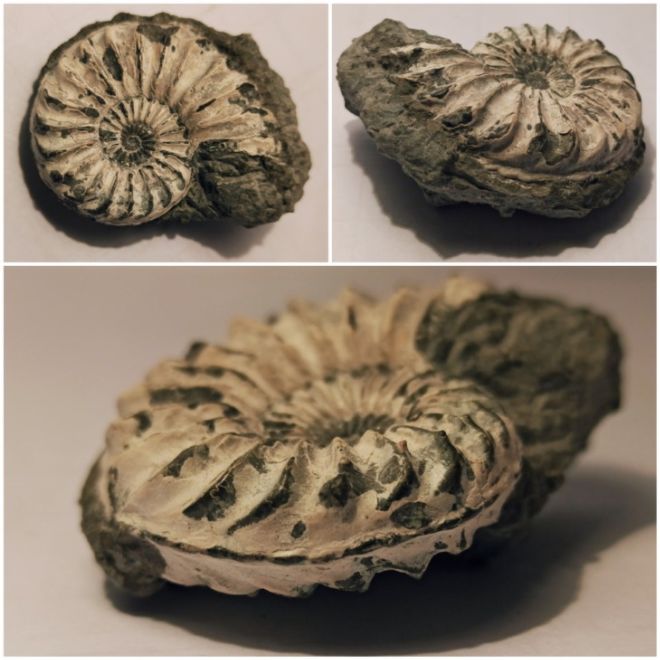 5. Two trilobites, which are some of the earliest arthropods in history that inhabited the seas 542 million years ago 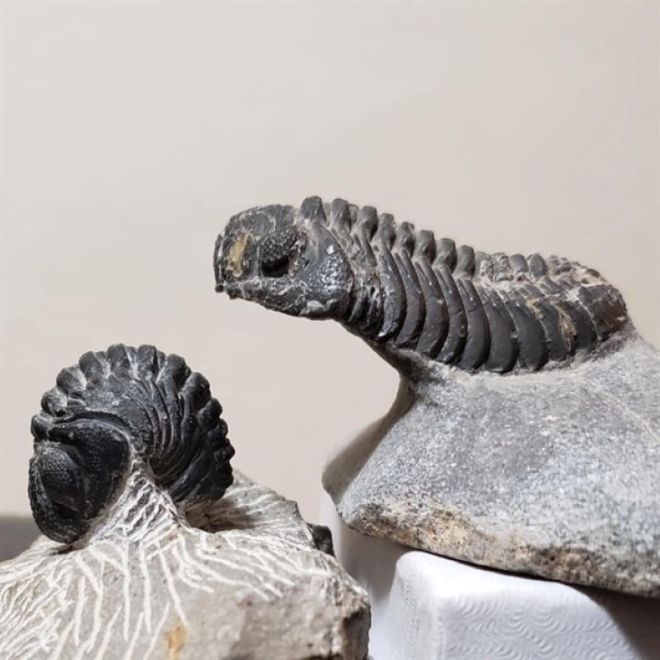 6. Knightia, a prehistoric fish that once lived throughout North America and Asia. This specific fish apparently died in the middle of a poop, which also got fossilized 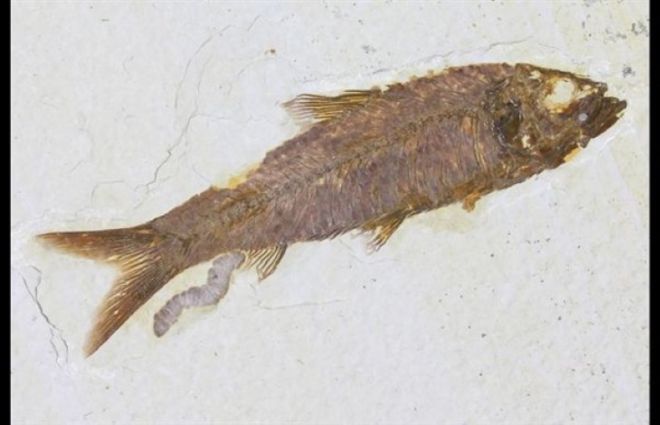 7. “My 7-year-old daughter dropped a rock and found this” – proof that fossils can be found anywhere

8. A Tyrannosaurus Rex jawbone available to see and touch at the South Dakota School of Mines and Technology 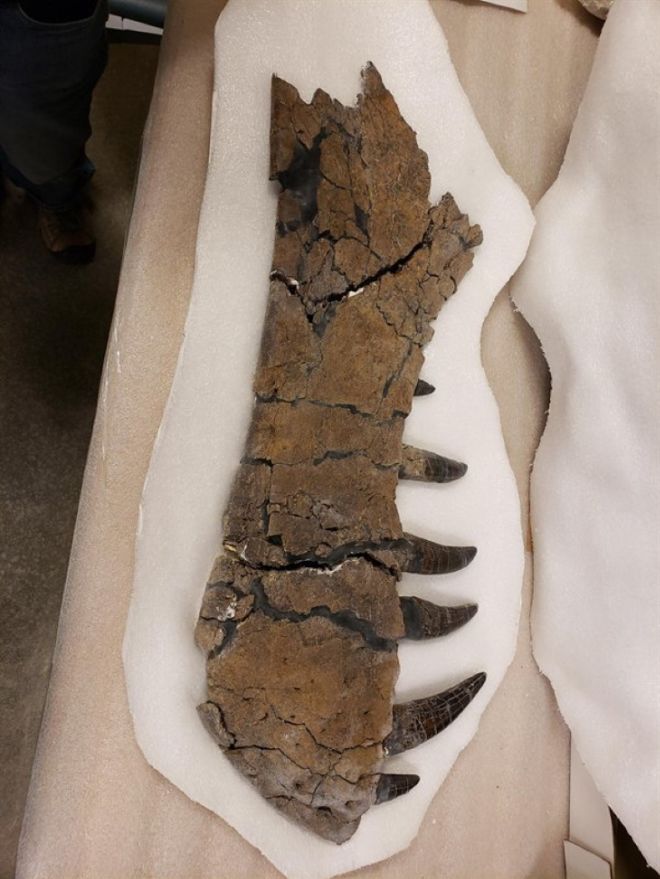 9. A fossilized tadpole with legs

10. A very cute-looking trilobite fossil that’s estimated to be about 500 million years old!