11. A fossilized Pleurosaur found in Germany. These were flying reptiles that lived on Earth between 228 and 66 million years ago 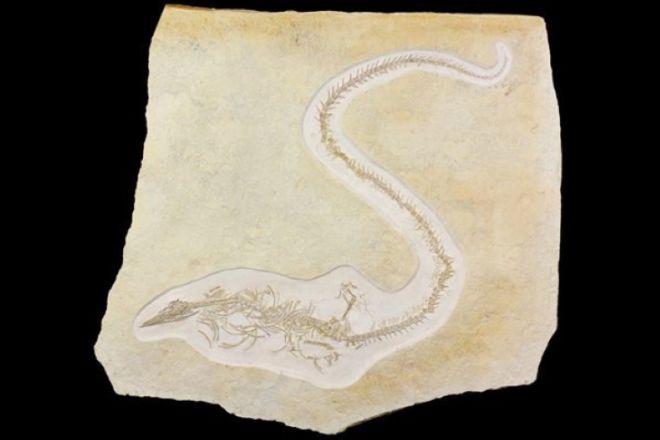 12. Keichousaurus hui, an extinct species of marine reptile that has gone extinct over 200 million years ago

13. Partial skull of a great white shark that includes 222 teeth and 45 vertebrae 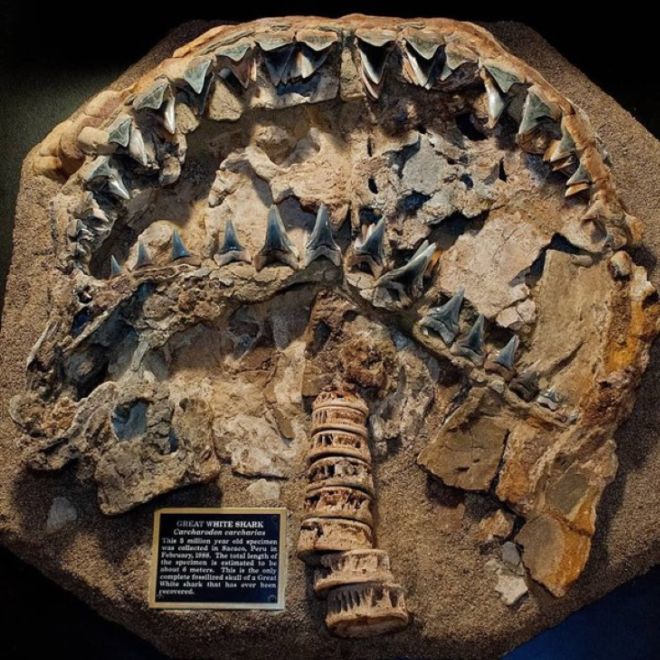 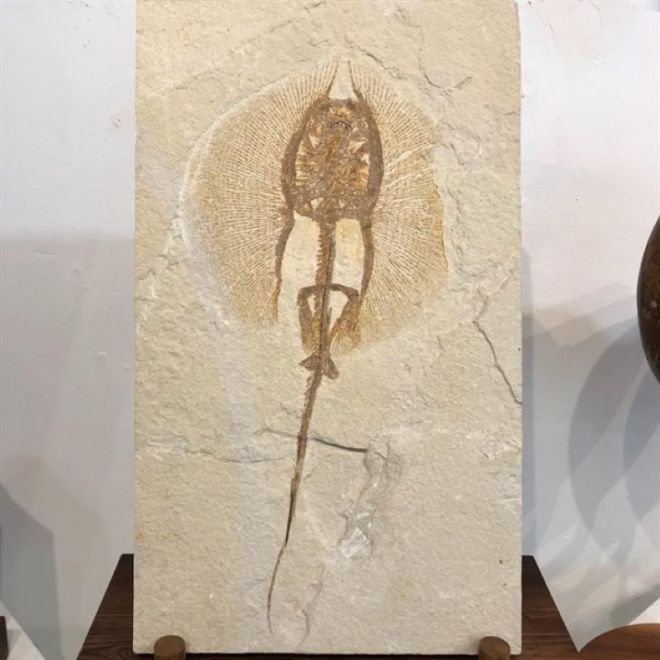 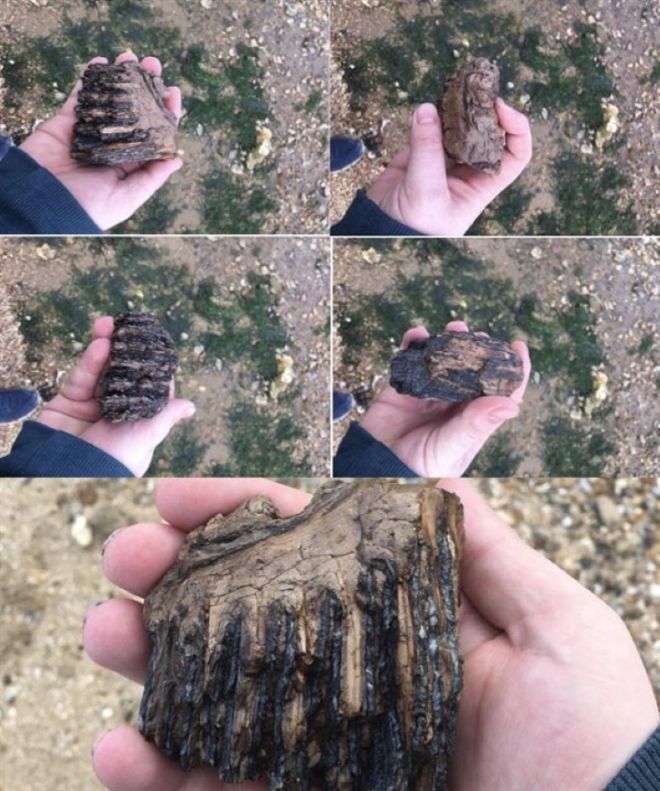 16. Walliserops trifurcatus, a very creepy species of trilobite with a characteristic trident appendage growing out of their heads, the function of which is poorly understood 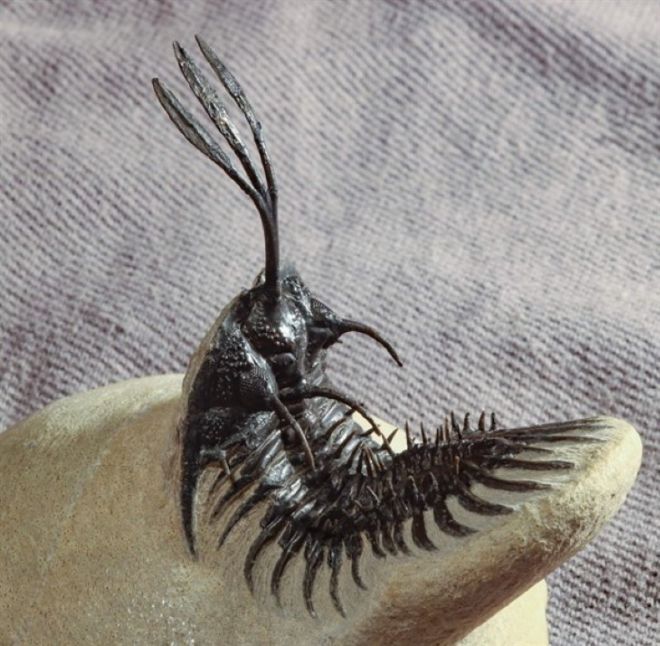 17. This is an extremely well-preserved 345 million-year-old fossil of a Crinoid, an archaic sea animal that’s a distant relative of sea cucumbers, sea urchins, and starfish 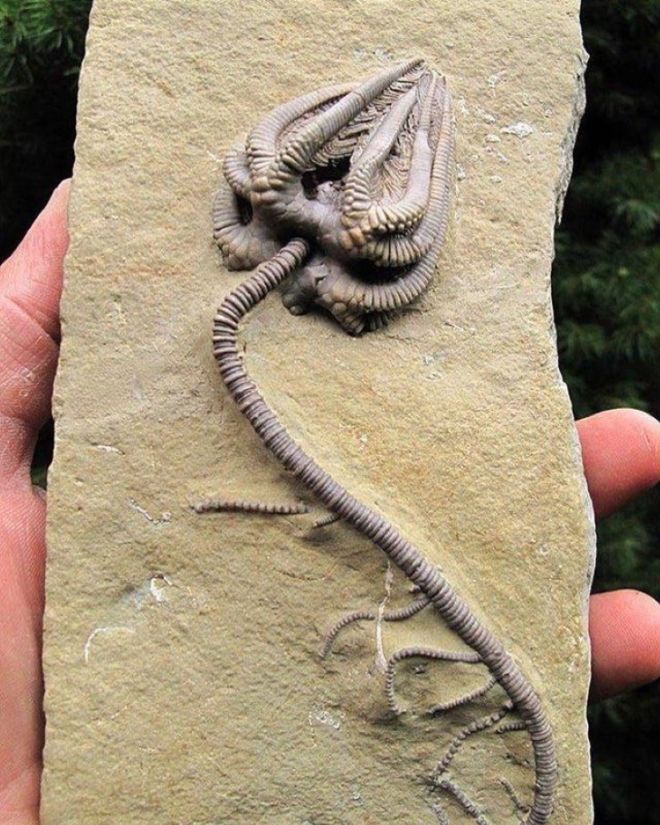