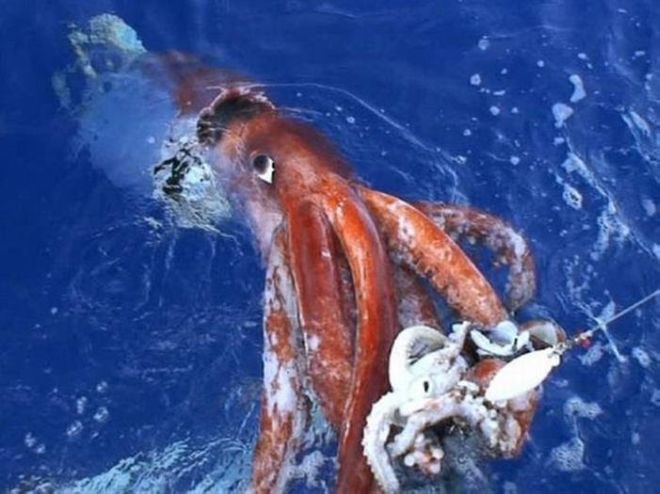 Giant squids are deep-sea dwellers that belong to the Architeuthidae family. These bizarre creatures can grow nearly 60 feet (18.3 m) in size. They are also the largest invertebrates on Earth. 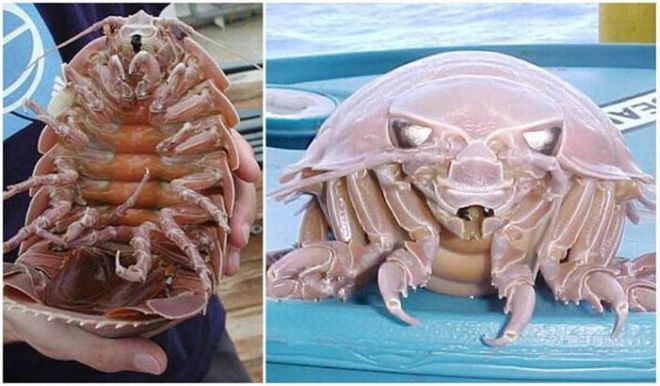 Giant isopods are members of the crustacean family and a distant relative to shrimp and crabs. Giant isopods measure 30 inches (76 cm) in length and weigh about 3.7lbs (1.7 kg). They are commonly found in the Atlantic and Pacific Oceans. 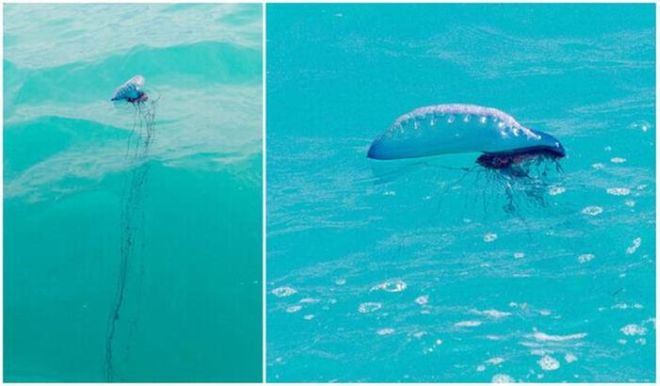 These odd shaped marine mammals are often confused for jellyfish, but they belong to a single multicellular organism family known as siphonophores. Their massive tentacles reach over 165 feet (50 m), despite having relatively small body frames. 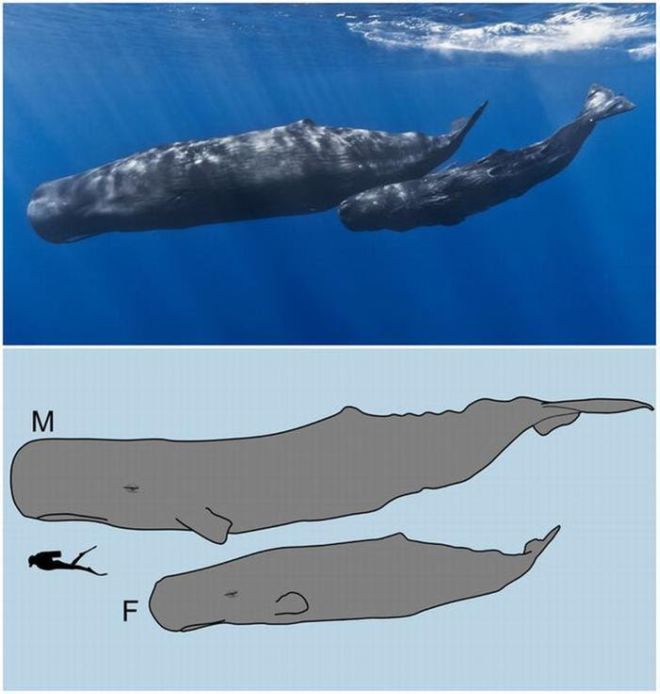 Sperm whales are known for their incredible diving depth when scooping below the ocean floors. They can reach 7,380 feet (2,249 m) below the surface to snack on squid, which is their prey of choice. Adult males can reach 67 feet (20.5 m) as well. 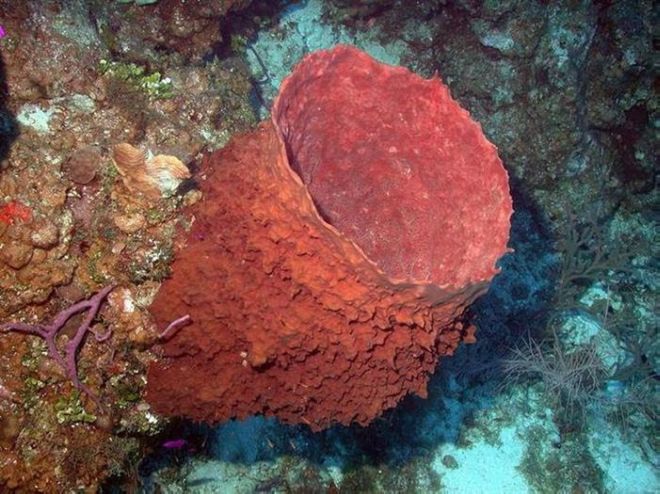 The giant barrel sponge are nicknamed the “redwood of the reef” due to its long lifespan, which can be up to 2,000 years. They grow at depths that range from 33 feet down (10 m) all the way to 390 feet (120 m) beneath the ocean surface. 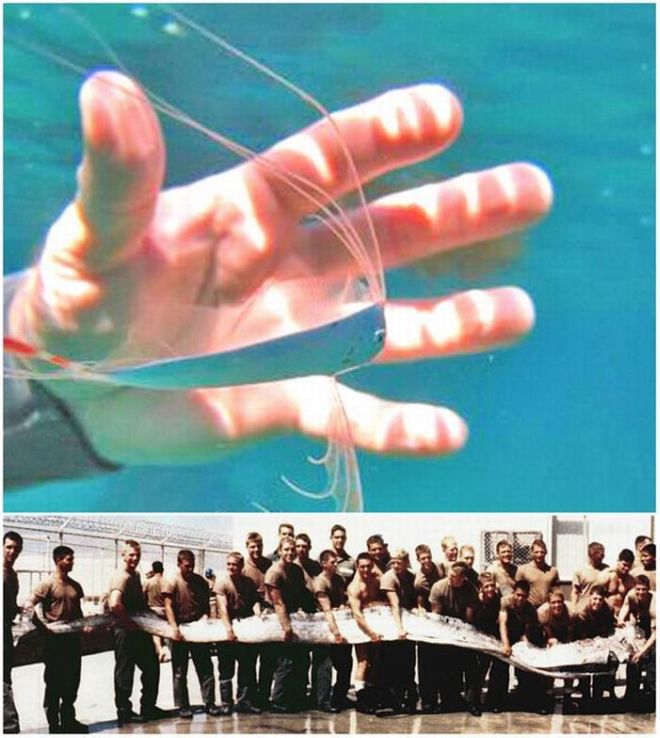 Giant oarfish can grow up to 36 feet (11 m) in length, despite being nearly palm-size at birth. The massive one seen here was discovered by U.S. servicemen after it had washed up on the San Diego shores of California in 1996. It measured a staggering 23 feet (7 m) in size.