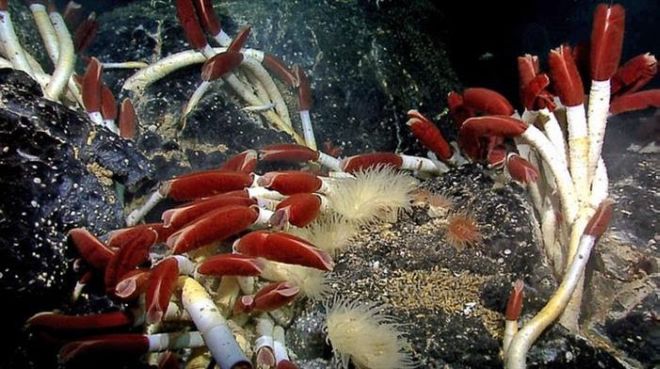 Giant tube worms live several miles deep beneath the Pacific Ocean floors near black smokers (sea vents). They can reach a length of up to 8 feet (2.4 m) and have a very high tolerance for hydrogen sulfide levels. 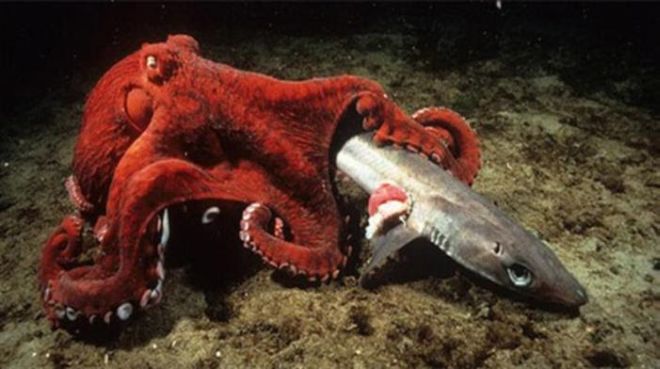 The giant Pacific octopus grows larger than any octopus species and outlives them all. The largest one ever found measured a whopping 30 feet (9.1m) in length and weighed over 600 lbs (272 kg). 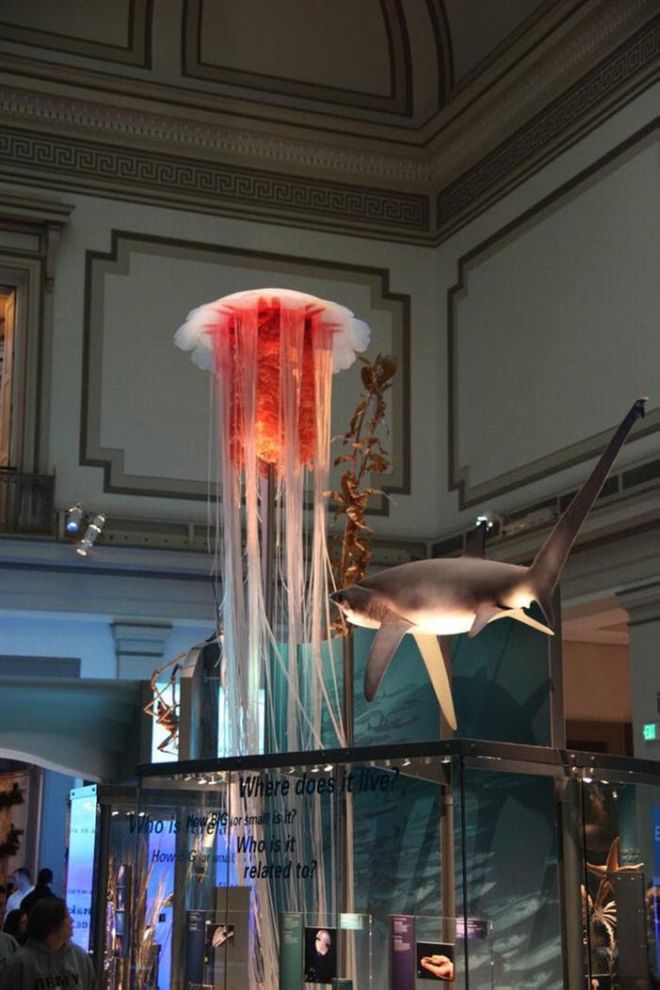 Lion’s mane jellyfish is the largest of its species, measuring up to 7.6 feet (2.3 m) in diameter, with tentacles extending beyond 120 feet (37 m). The life-like model seen here is on display at the Smithsonian Museum of Natural History in Washington, D.C. 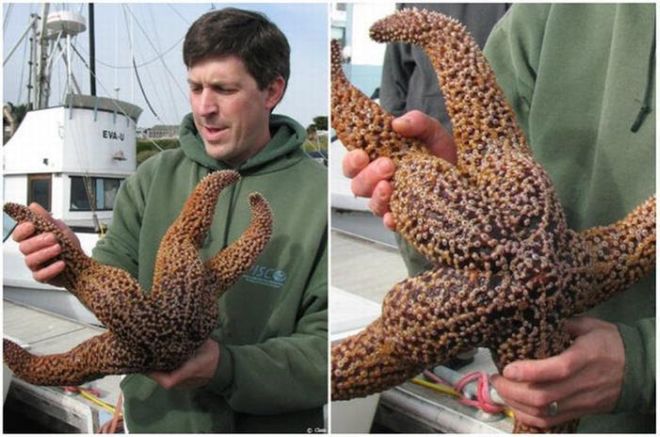 The giant sea star might have been the source of inspiration for the SpongeBob SquarePants character of Patrick Star. They are typically found along the western coast of North America and can grow as large as 24 inches (61 cm) in size.

The Japanese spider crab looks like something straight out of a science fiction movie, but it is indeed very real. The massive crab has the record for longest leg span of any living arthropod. They can reach over 12 feet (3.8 m) and weigh up to 42 lbs (19 kg). 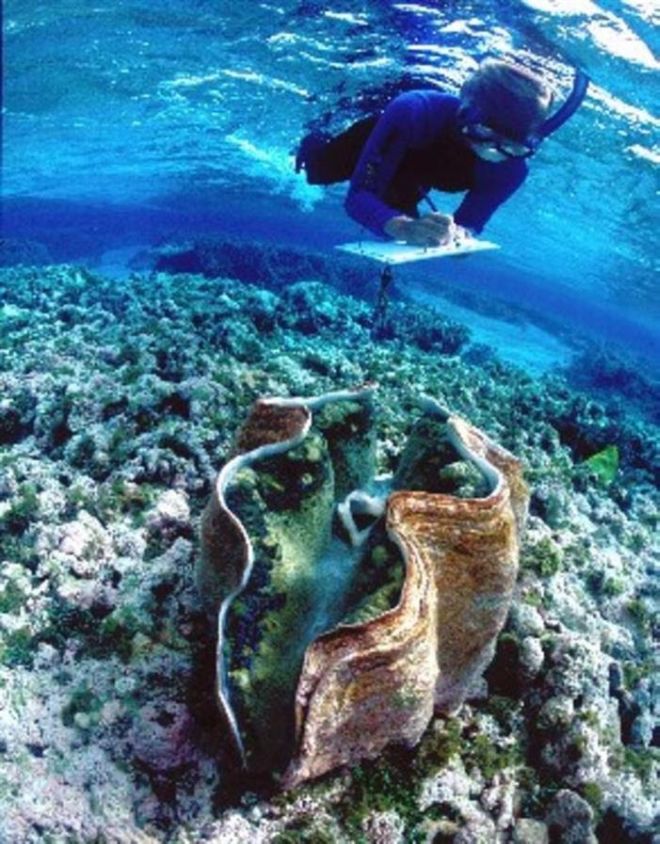 The giant clam can grow up to 4 feet (1.2 m) in length, topping the scales at a jaw-dropping weight of 500 lbs (227 kg). They are found at the bottom of the South Pacific and Indian Ocean floors. The giant clam spends the duration of their lifecycle attached to one particular spot on a coral reef.