Nature is filled with beautiful animals, plants and insects, with magnificent colors and shapes. Of these endless flora and fauna, I?ve selected 26 of what I consider the most colorful and beautiful specimen. These birds, fish, insects, lizards and mammals are so spectacular, it?s hard to believe they?re real! 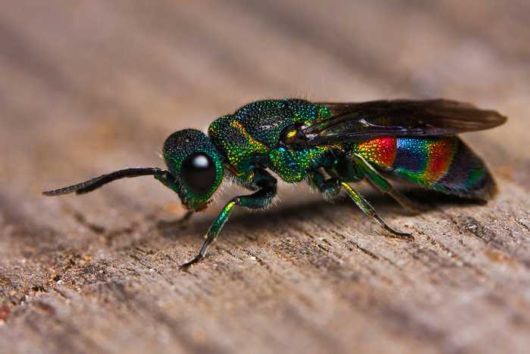 The Cuckoo wasp earned its name for its cuckoo-like behavior ? it will lay its eggs in the nests of other insect species. 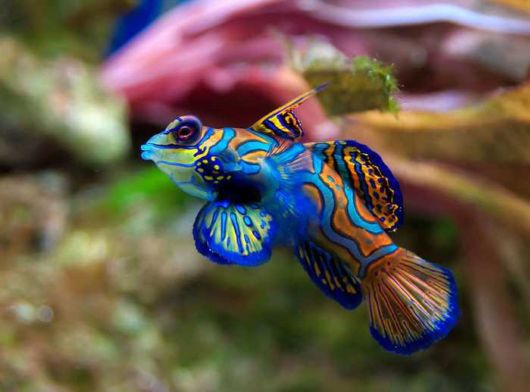 This small reef fish got its name from its spectacular colors, which resemble the colors of the robes of the imperial Chinese officer (Mandarin). 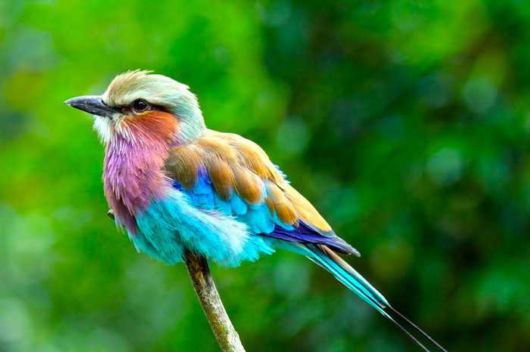 Sporting such unique pastel colors, these birds are the official birds of Botswana and Kenya.

The Mantis Shrimp packs the strongest punch in the entire animal kingdom! If you?re unlucky enough to cause it to strike you, it can cut your finger down to the bone! 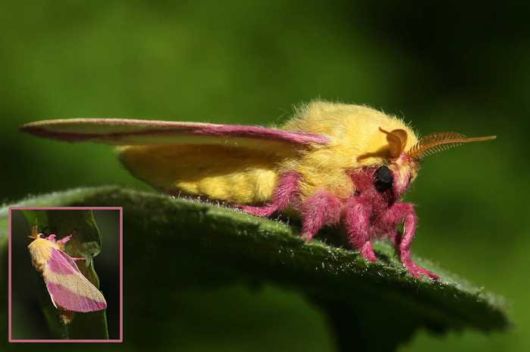 The most common moth in the southern United States, these beautiful insects feed on the sap of maple trees. 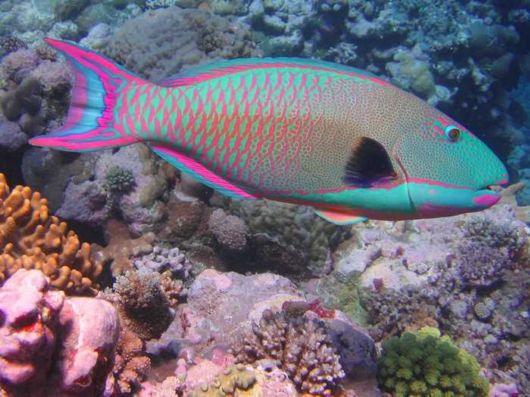 One of the most common and colorful of all reef fish, parrotfish eat hard corals and their excrement becomes sand. Oh, and those beaks are REALLY sharp? 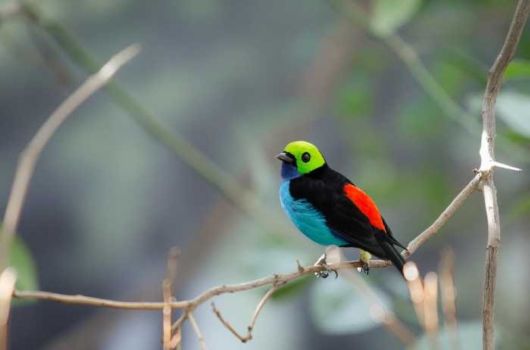 Locally nicknamed ?Seven-Color?, the Tanager is native to the Amazon basin. 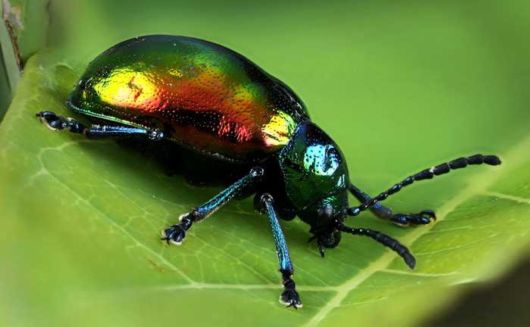 These beetles live their lives on the dogbane plant, and even lay their eggs on it, but sadly, their larva consumes the roots of the plant, leading to its eventual death? 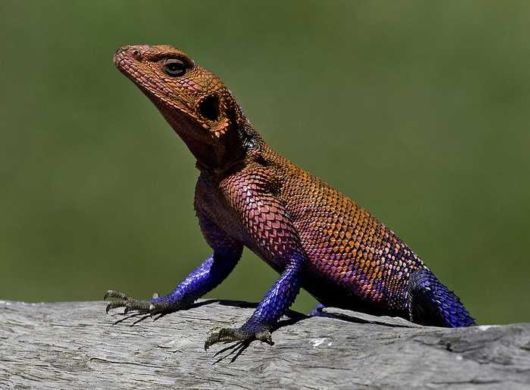 These lizards live in groups, with a dominant male that literally is above them all, as he sunbathes at the highest spot, overlooking his group.
Oriental Dwarf Kingfisher 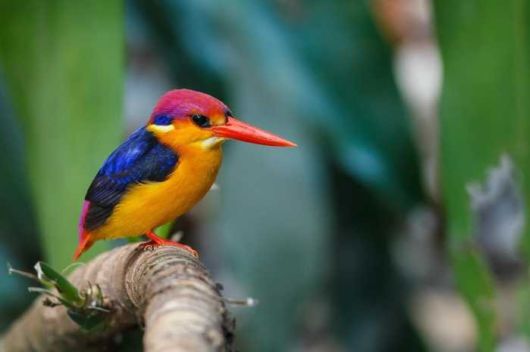 Found throughout South-East Asia, these tiny fishing birds can fly at speeds of over 25 miles per hour! 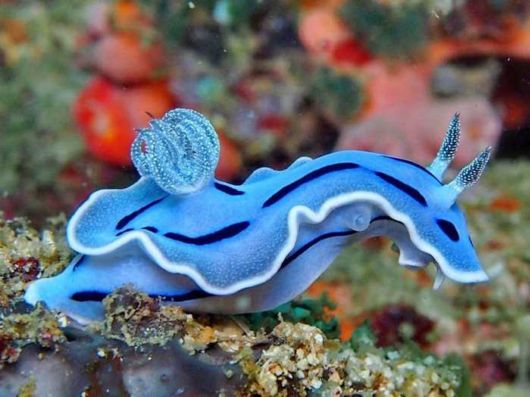 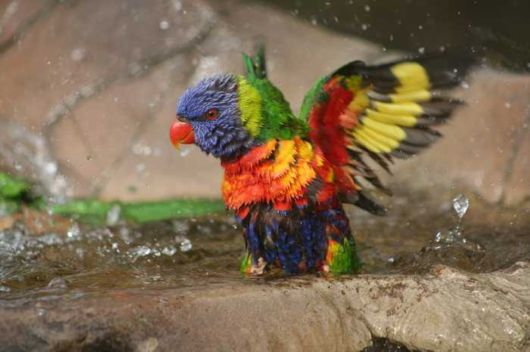 Native to Australia, the Lorikeet?s incredible color pallet makes it a much sought-after pet around the world. 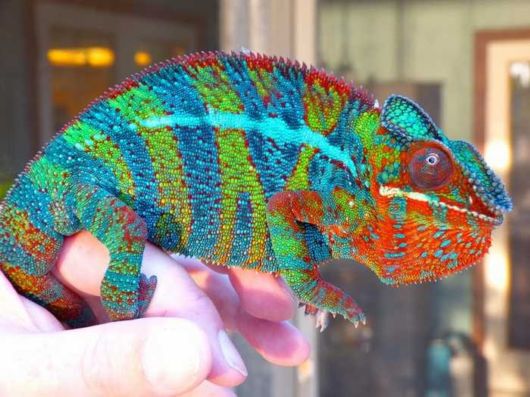 Found all over the world, not all chameleons don?t have the ability to change color, yet most of them come in dazzling colors regardless. Their eyes are individually controlled, allowing the chameleon to look in 2 directions simultaneously. 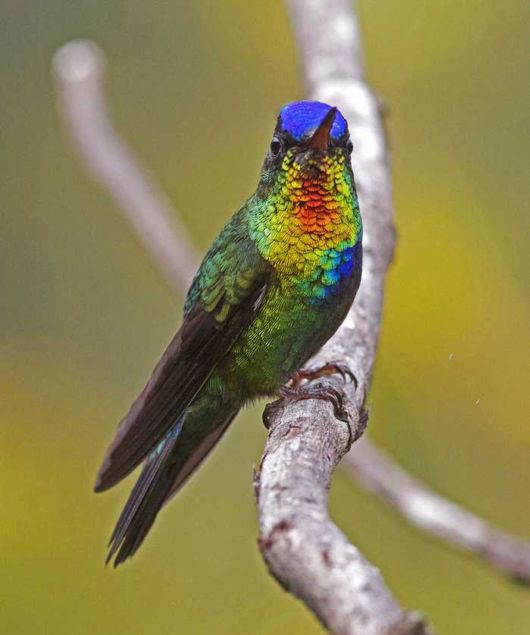 These magnificent birds are only found in the mountains of Costa Rica and Panama, above the elevation of 4600 feet (1400 meters). 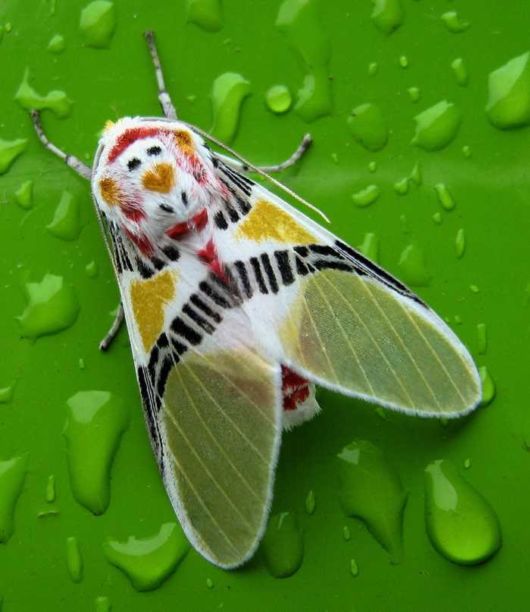 This moth is common to Central America and Brazil. 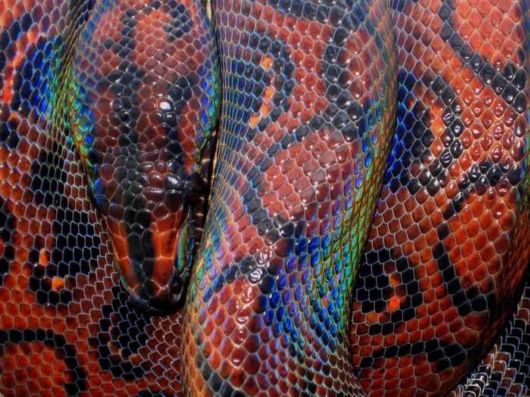 The spectacular colors of the rainbow boa are the result of microscopic ridges along its scales, which act as prisms. 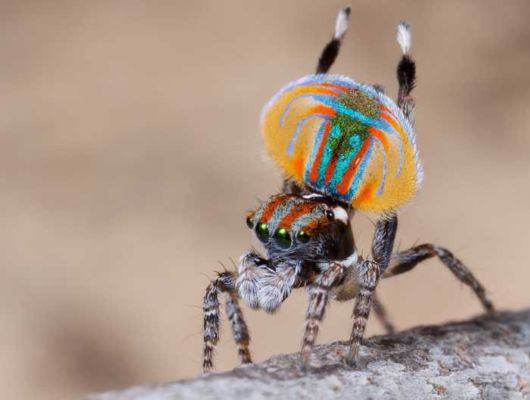 Like the peacock, its namesake male spider uses his bright colors to attract females. 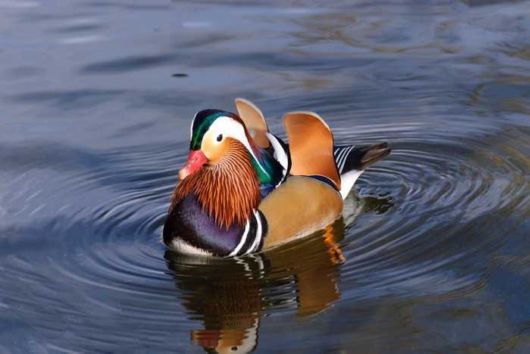 The Mandarin is a perching-duck species, found in East-Asia. They are believed to be lifelong mates, and are regarded as the symbol of love and marriage in Chinese culture.
Poison Dart Frog 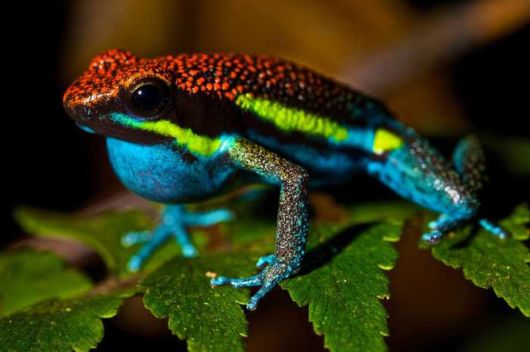 These frogs produce a very toxic mucus that covers their body. They earned their name from the use natives of South-America rub them on their arrows to create poisoned ones for hunting. There are over 100 species of these frogs, and all have bright colors, meant to deter predators. 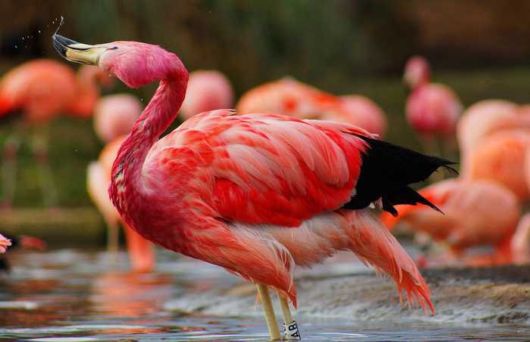 Flamingos are naturally grey, their pink color is the result of a diet rich in shrimp which are themselves rich in beta carotene. 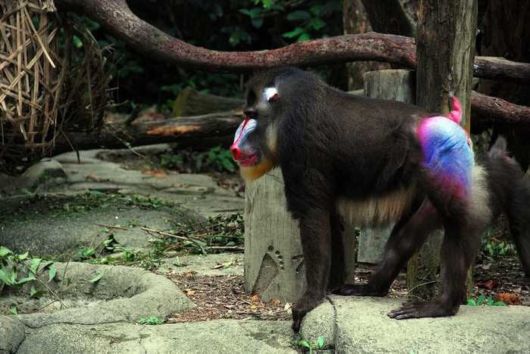 While the bright colors on the male?s faces is used to attract females, their colorful rear ends are meant to make it easier for individuals to follow each other in dense vegetation.
Keel-Billed Toucan 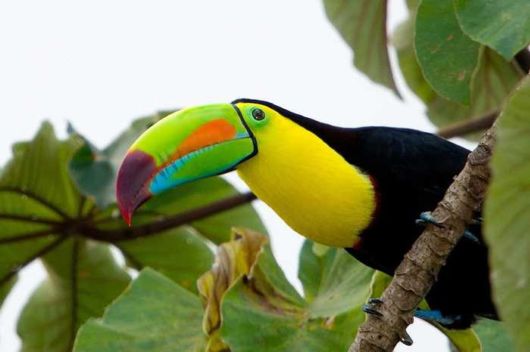 The Toucan?s bill is a whole third of the bird?s body, and like in most birds, the bright colors are the male?s way to attract females. 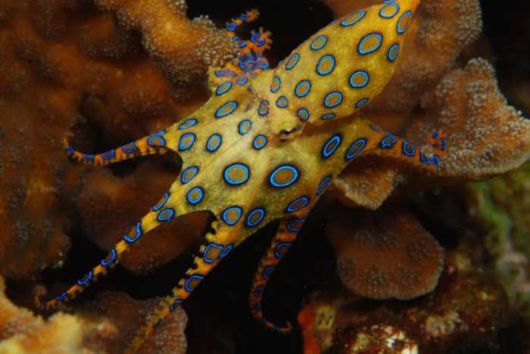 These beauties are barely 8 centimeter long, but they compensate with venom so potent it can paralyze and kill a grown human. 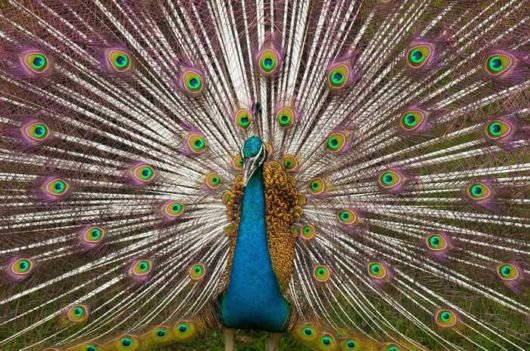 Peacocks are members of the Pheasant family. In ancient Greece, they were the symbol for immortality, in ancient Persia and Babylon they were considered the guardians of royalty and in modern-day, the peacock is represented in the NBC logo. 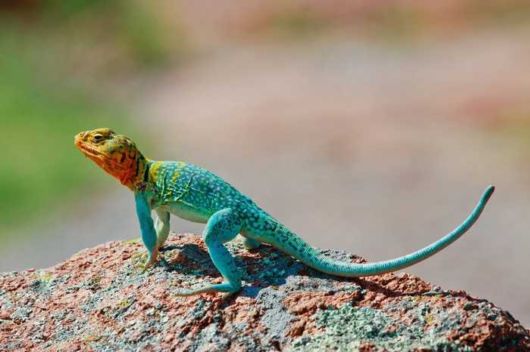 Found throughout the southern United States, these lizards can stand up and run on their hind legs. When born in captivity, they are generally very docile and tolerant of human touch.
Golden Pheasant 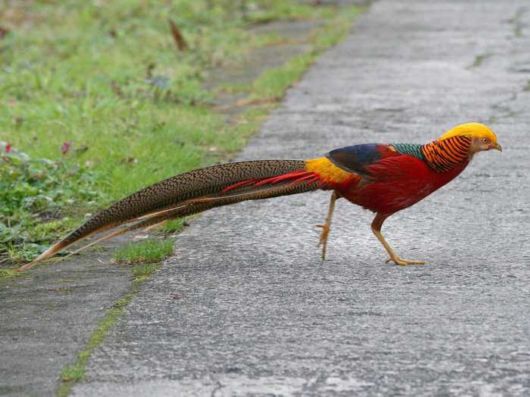 Despite their showy colors, Golden Pheasants are actually very difficult to spot in the wild. Males can reach about 60cm in size (though most of that is thanks to their long tail). Gold Pheasants can fly, but seem to prefer to run and are capable of reaching high speeds.