We’re used to thinking of the birds we see everyday – small, bread-crumb-stealing little birdies that fly about in droves or chirp at us from the top of the trees. But some birds are larger, meaner and stronger than the ones we see flying about. These are the birds of prey – the large, predatory animals with wings that dominate the skies and are the scourge of both flying and land-bound animals, that fear that long shadow looming above them.

Many of us know the bald eagle, the condor and the hawk, but now we’re going to take a bigger look at this royal family of predatory birds, in all its sizes, shapes and colors! 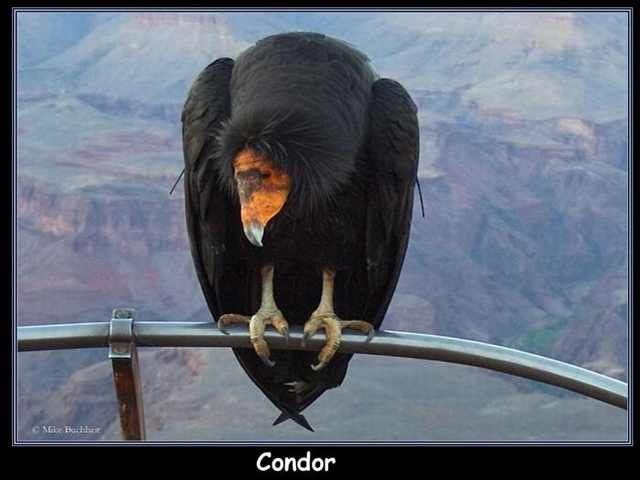 Condor is the name for two species of vultures, each in a monotypic genus. They are the largest flying land birds in the Western Hemisphere. The Andean Condor, which inhabits the Andean mountains and the California Condor currently restricted to western coastal mountains of the United States and Mexico. 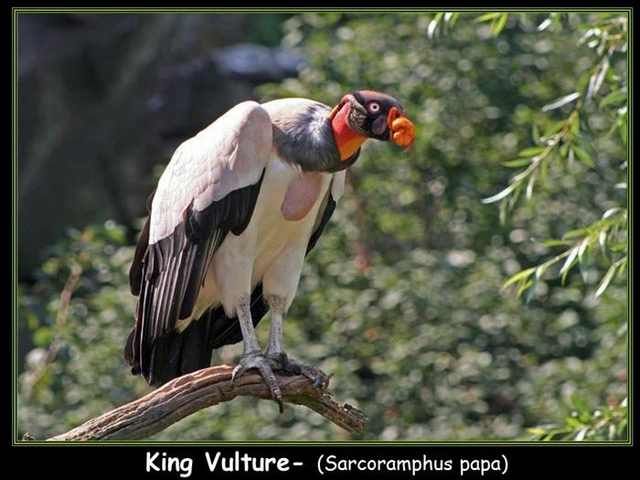 The king vulture is a large bird found in Central and South America. It is a member of the New World vulture family Cathartidae. This vulture lives predominantly in tropical lowland forests stretching from southern Mexico to northern Argentina. 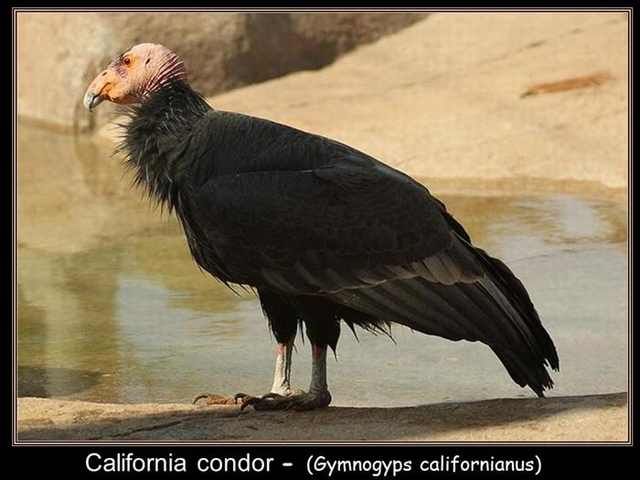 The California condor is a New World vulture, the largest North American land bird. This condor became extinct in the wild in 1987 (all remaining wild individuals were captured), but the species has been reintroduced to several location in the United States. 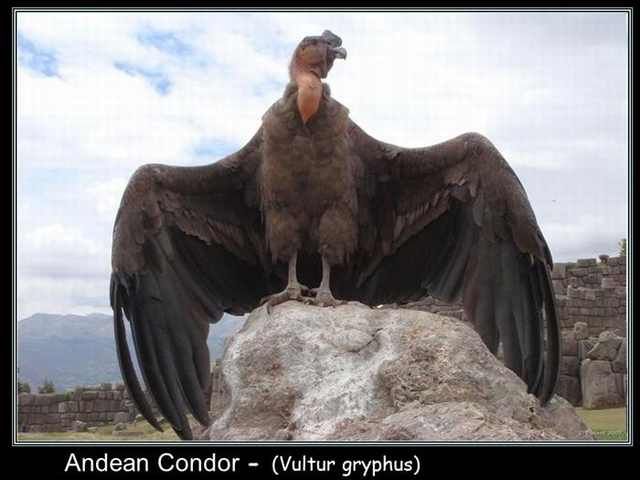 The Andean condor is a South American bird in the New World vulture family Cathartidae and is the only member of the genus Vultur. 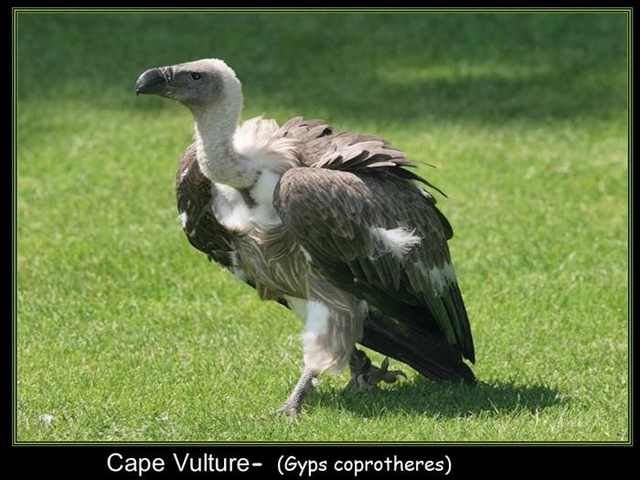 The Cape griffon or Cape vulture, also known as Kolbe’s vulture, is an Old World vulture in the family Accipitridae, which also includes eagles, kites, buzzards and hawks. 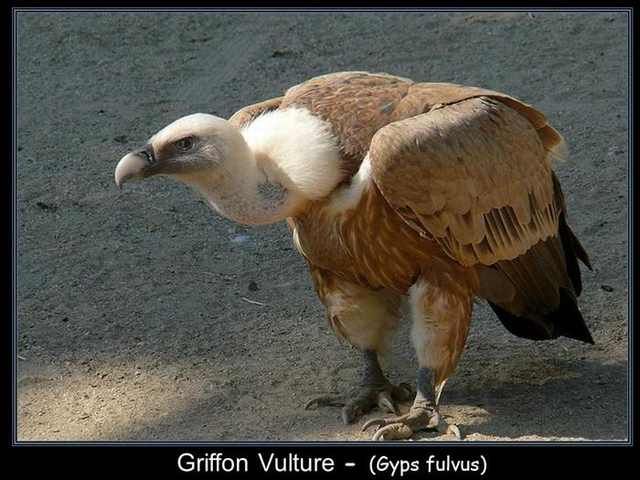 The griffon vulture (Gyps fulvus) is a large Old World vulture in the bird of prey family Accipitridae. Like other vultures, it is a scavenger, feeding mostly from carcasses of dead animals which it finds by soaring over open areas, often moving in flocks. 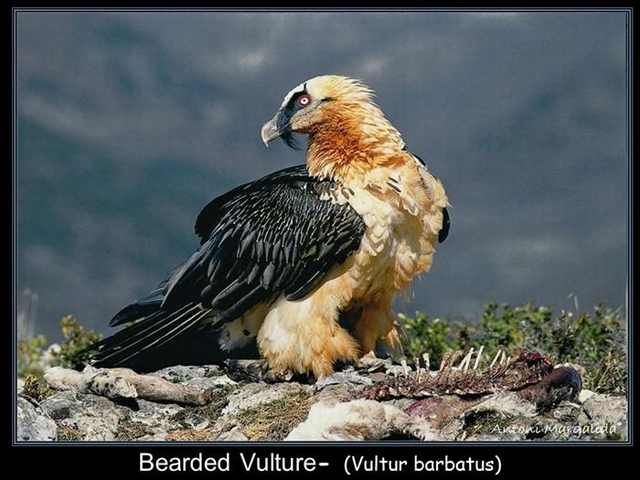 The bearded vulture, also known as the lammergeier or lammergeyer, is the only member of the genus Gypaetus. It eats mainly carrion and lives and breeds on crags in high mountains in southern Europe, the Caucasus, Africa, the Indian subcontinent, and Tibet, laying one or two eggs in mid-winter that hatch at the beginning of spring. Populations are resident. 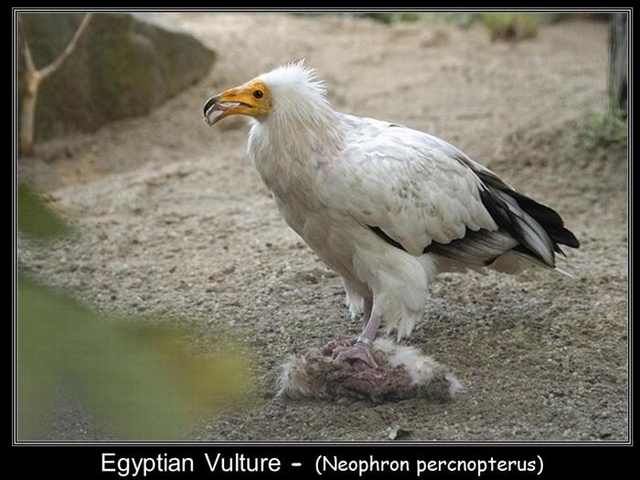 The Egyptian vulture, also called the white scavenger vulture or pharaoh’s chicken, is a small Old World vulture and the only member of the genus Neophron. 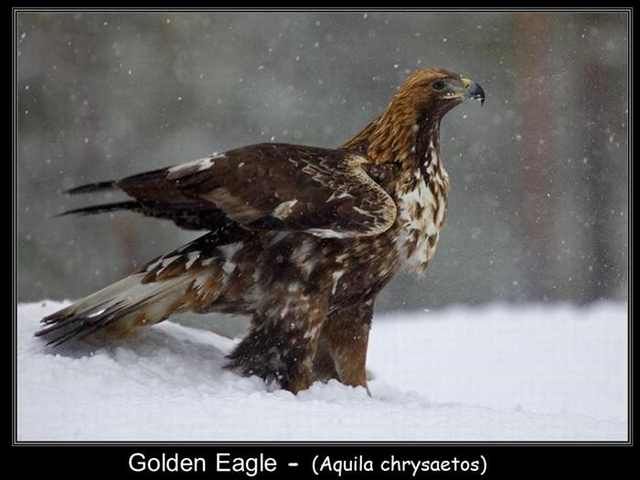 It is the most widely distributed species of eagle. Like all eagles, it belongs to the family Accipitridae. These birds are dark brown, with lighter golden-brown plumage on their napes. Immature eagles of this species typically have white on the tail and often have white markings on the wings. Golden eagles use their agility and speed combined with powerful feet and massive, sharp talons to snatch up a variety of prey (mainly hares, rabbits, marmots and other ground squirrels). 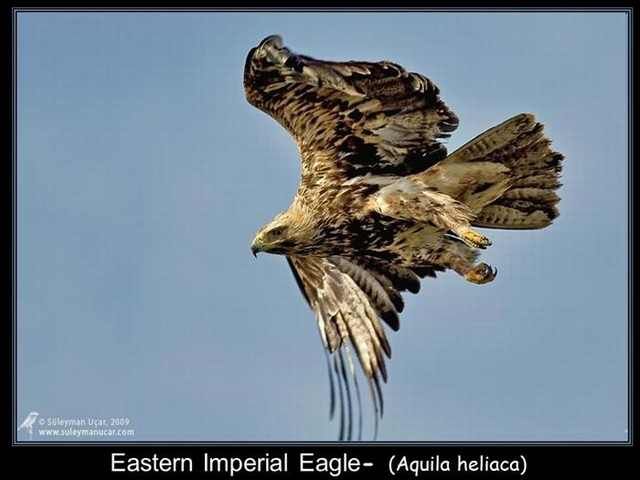 The eastern imperial eagle is a large species of bird of prey that breeds from southeastern Europe to western and central Asia. Most populations are migratory and winter in northeastern Africa, and southern and eastern Asia.