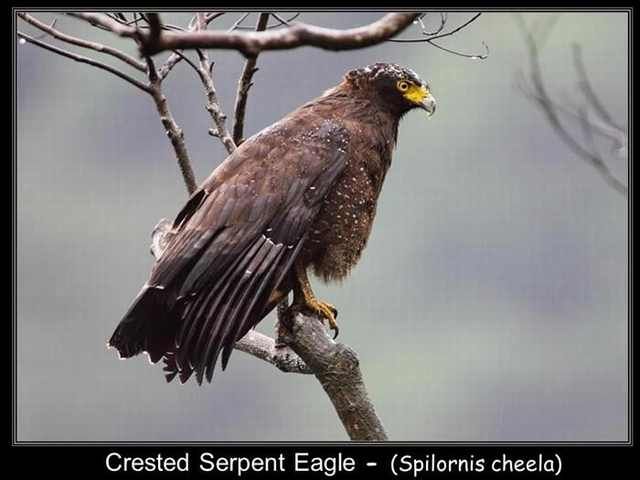 The crested serpent eagle is a medium-sized bird of prey that is found in forested habitats across tropical Asia. 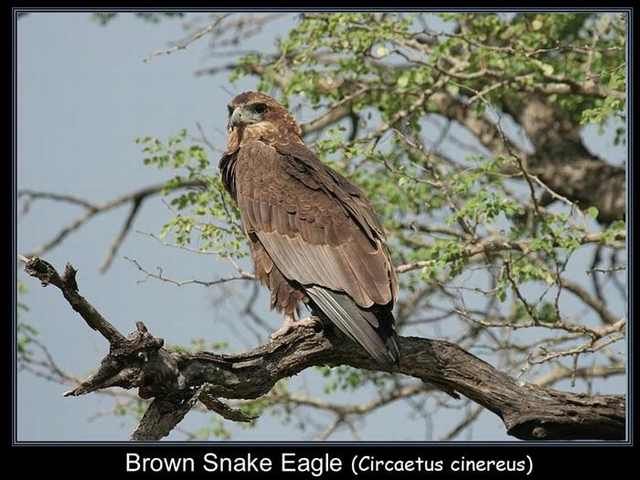 The brown snake eagle is a species of bird of prey in the Accipitridae family. found in Southern and Eastern Africa, in countries such as Sudan, South Africa, Mauritania and Senegal. 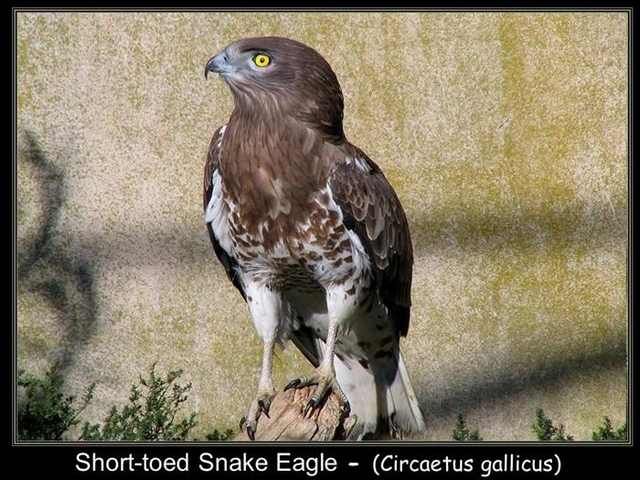 The short-toed snake eagle also known as short-toed eagle, is a medium-sized bird of prey in the family Accipitridae which also includes many other diurnal raptors such as kites, buzzards and harriers. 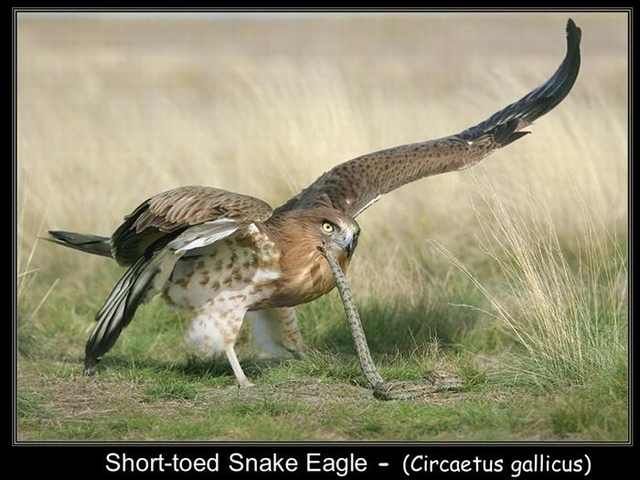 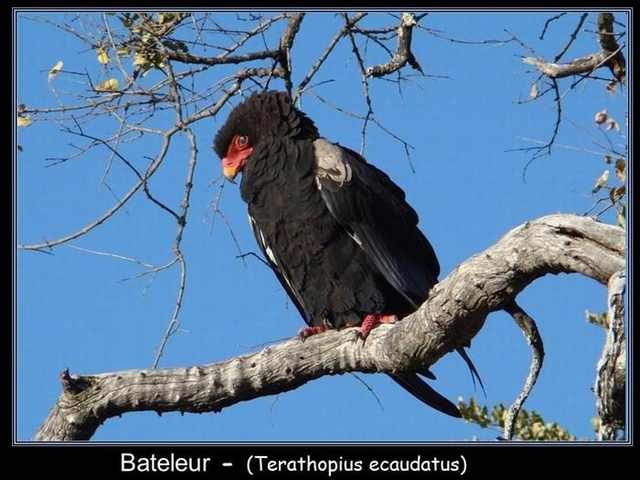 The bateleur is a medium-sized eagle in the family Accipitridae. Its closest relatives are the snake eagles. It is the only member of the genus Terathopius and may be the origin of the “Zimbabwe Bird”, national emblem of Zimbabwe. 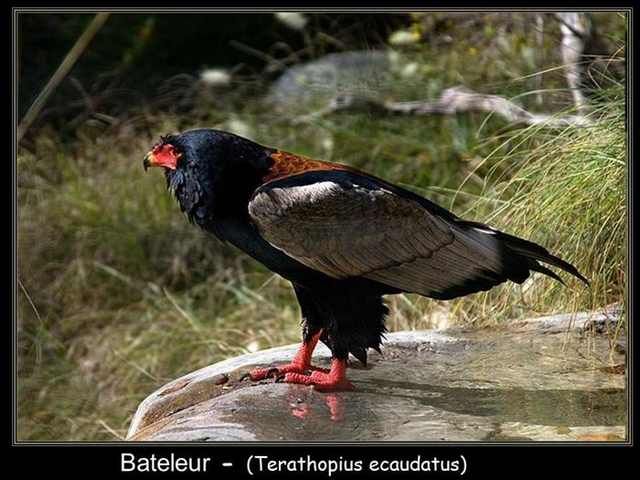 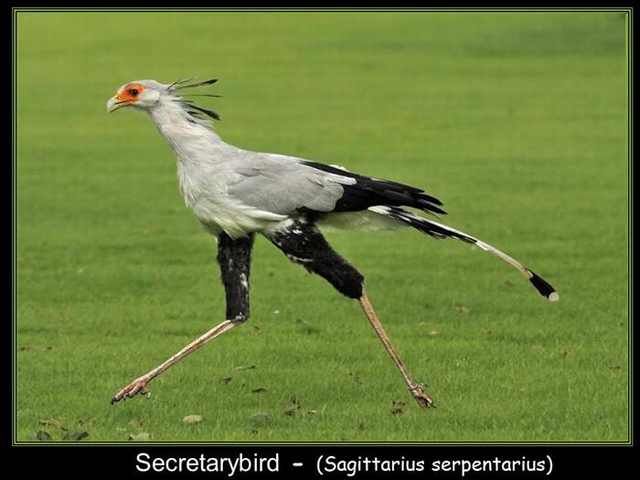 The secretarybird or secretary bird is a very large, mostly terrestrial bird of prey. Endemic to Africa, it is usually found in the open grasslands and savannah of the sub-Saharan region. 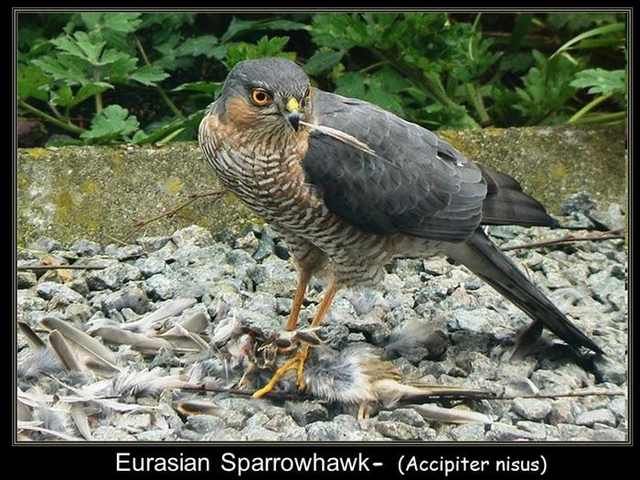 The Eurasian sparrowhawk (Accipiter nisus), also known as the northern sparrowhawk or simply the sparrowhawk, is a small bird of prey in the family Accipitridae. Adult male Eurasian sparrowhawks have bluish grey upperparts and orange-barred underparts; females and juveniles are brown above with brown barring below. The female is up to 25% larger than the male – one of the largest differences between the sexes in any bird species. 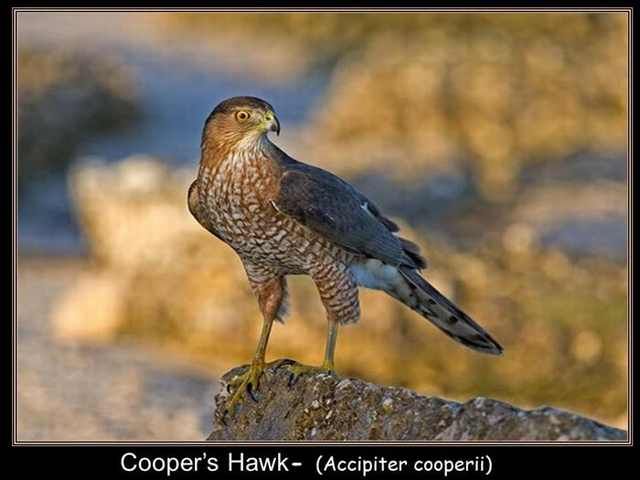 Cooper’s hawk is a medium-sized hawk native to the North American continent and found from Southern Canada to Northern Mexico. As in many birds of prey, the male is smaller than the female. 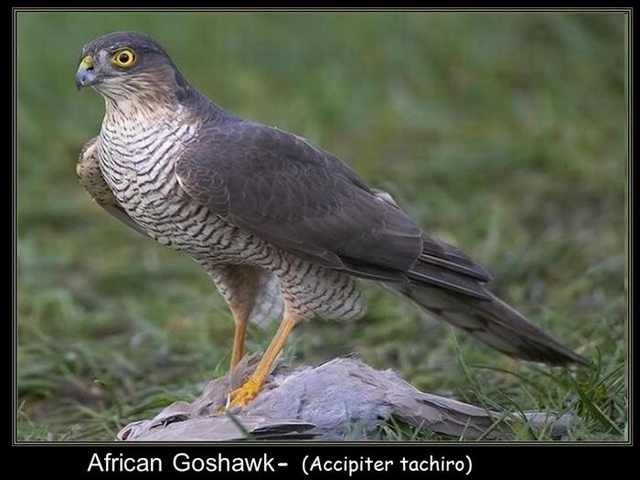 The African goshawk is a species of bird of prey in the Accipitridae family. As defined here following the Handbook of the Birds of the World, it is found in Angola, Botswana, Burundi and Central Africa.