Sharing was not part of the agenda for this colourful parrot as it claimed ownership of a tasty milkshake.

The lorikeet and its company descended on a café in Queensland, Australia where the chocolate drink had been left unattended for a few seconds too long.

Although the parrot tried its best to fight off fellow milkshake fans, it was forced to relent when a whole flock of birds joined in for a sip. 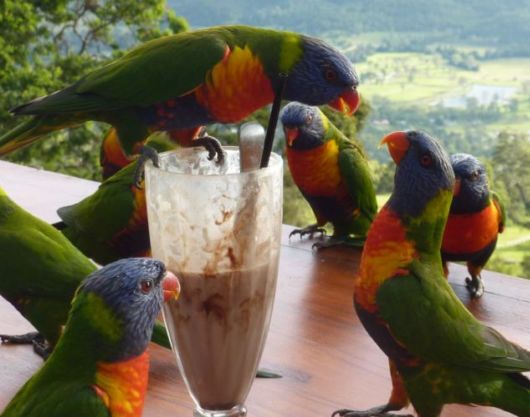 My milkshake! Only the bravest of parrots would dare come between this lorikeet and its drink as the colourful company fought over the chocolate treat

The shake thieves were caught in the act by British holidaymaker Keith Doxsey who had bought the drink for his nephew.

The colourful group of rainbow lorikeets seized the opportunity after the shake was left on its own for just a minute and a handful of parrots soon turned into a company of 30.

Less than ten minutes later, the lorikeets had finished off the milkshake.

Keith Doxsey was visiting The Polish Cafe in Queensland, Australia with his wife Katrina when the parrots attacked his nephew’s treat.

He said: ?The birds just appeared out of nowhere not more than 60 seconds after my nephew had put the drink down.’ 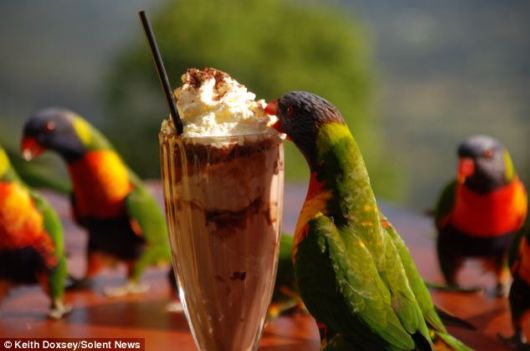 Sweet treat: The company of parrots descended on a cafe table where a chocolate milkshake had been left unattended 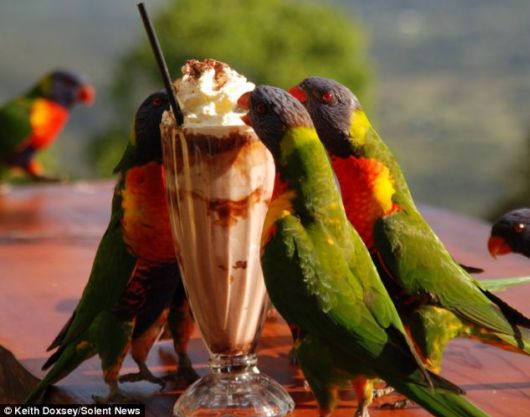 Sharing is caring: The lorikeets tuck in to the milkshake at a cafe in Queensland, Australia 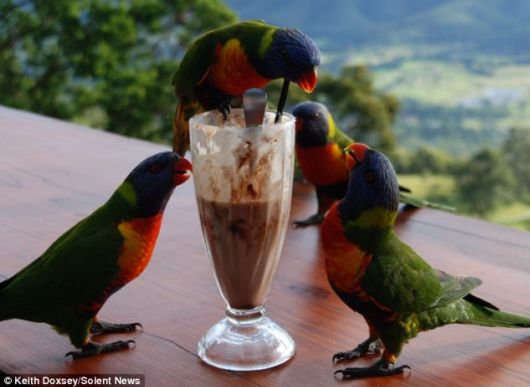 Shake-ing in my boots: Rivalry became fierce over the milkshake with one of the parrots prepared to fight to scare the others off

?It was astonishing, they completely annihilated it and all the lorikeets were pushing and shoving each other and getting very feisty.

?We should have realised that it would happen as a few minutes before they pinched some sugar tubes we had and flew off with them.

?The cafe said they are used to this happening and you can tell the birds are quite tame and unafraid of humans.

?I thought they might have some difficulty getting to the bottom of the glass but they just stuck their heads down it as far as they could.’ 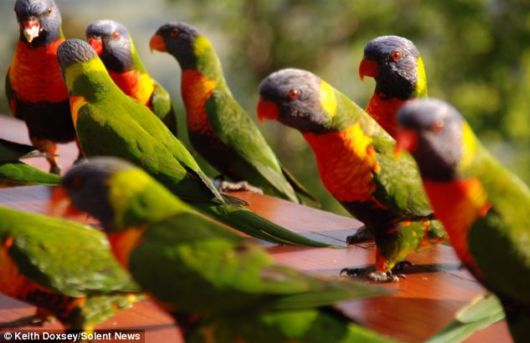 Joining in: Soon word spread about the chocolate milkshake and everyone wanted a sip 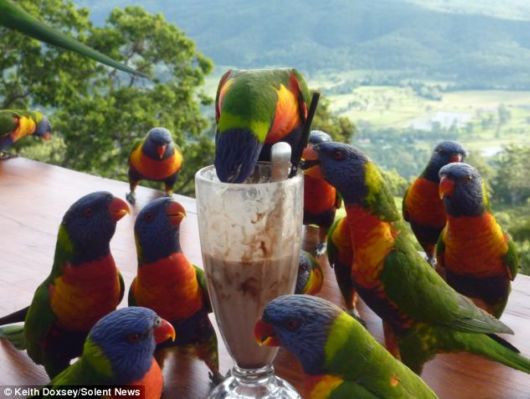 Family meal: The lorikeet was left with no choice but to share the chocolate drink with the rest of the company when they joined in

The 52-year-old from Manchester added: ?It almost seemed like the word spread amongst the birds about the milkshake – more and more just kept coming.

?Though, despite their cheeky behaviour they were really special birds to see and photograph.

?I’m in no way a twitcher but I have an interest in birds, my father bred budgerigars and I have one as a pet.

?But, I’ve certainly never seen anything like this before, it was truly amazing.? 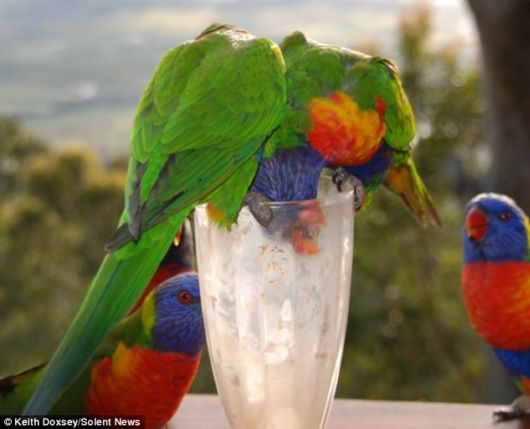 Get in: Two parrots dive in to get the last drops at the bottom of the glass 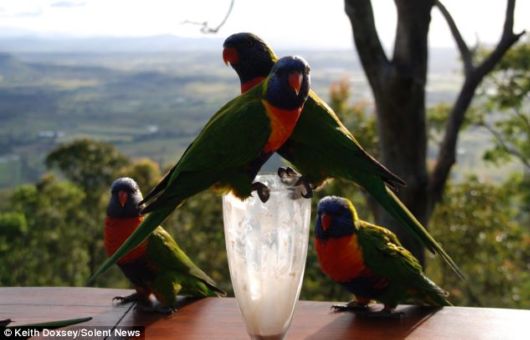 Chocolate shake shared: The parrots looking pleased after they have polished off the drink