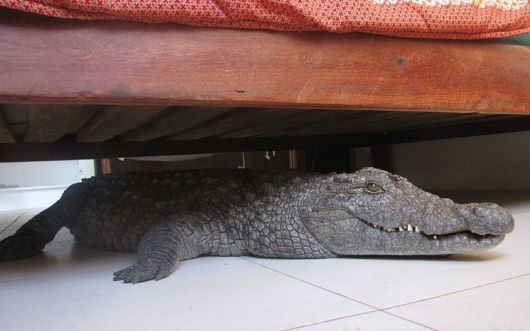 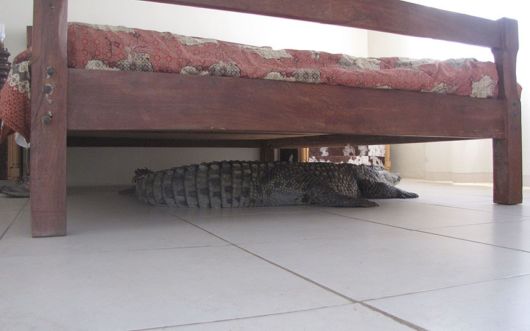 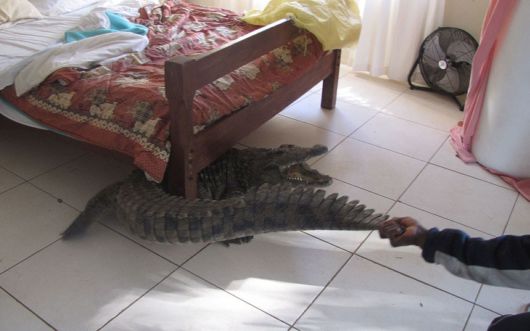 The 40-year-old was only alerted to the bizarre scenario when he was enjoying some breakfast in the kitchen and heard the petrified screams of a housemaid. Guy, who is a director at Humani, ran back to his room and was horrified to discover the enormous crocodile nestled under his bed. 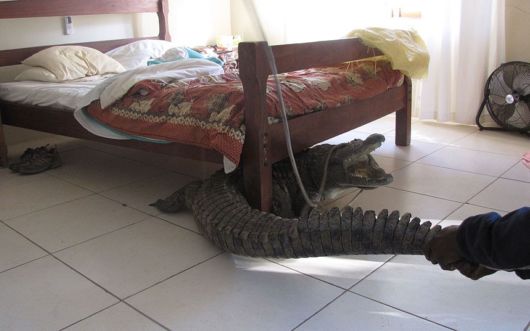 “Catching and securing a croc of any size on land is a fairly straight forward affair and we are experienced in that,” explained Guy. “The only real danger is getting bitten because it can’t drown you. The most important thing is to get its snout roped and secured and then it’s just a matter of restraining it and covering its eyes, to calm it down.” 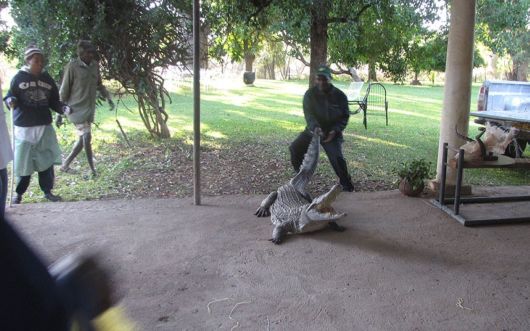 Guy was forced to call in some of his co-workers who helped remove the crocodile from its new lair and release him back into Humani’s Chigwidi dam. 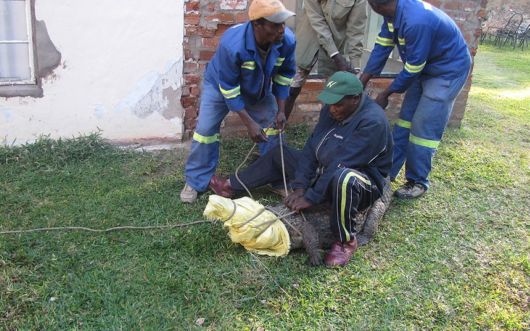 The crocodile came from the Turgwe River which is a couple of kilometres from the house. They often wander about the bush especially when it’s cold and raining. He probably liked under the bed because it was warm. 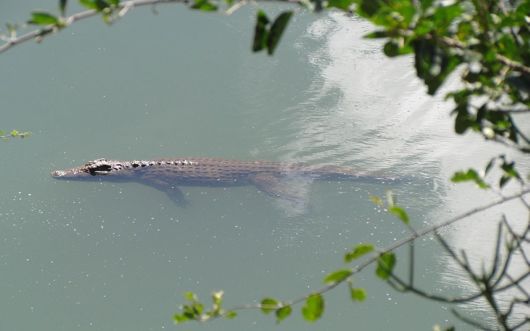 The predator back in its natural habitat: the Turgwe River 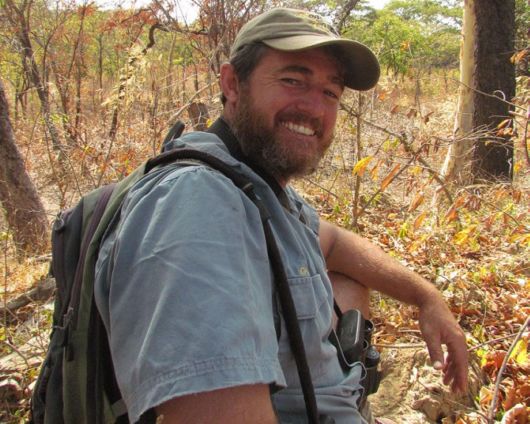 “I just remember thinking goodness gracious, that’s one for the books,”remarked Guy ( pictured).”I’m pretty sure everyone in Humani checks under their bed before going to sleep now anyway.”