Sam the cat has only one expression thanks to his ‘eyebrows’ – worried, His good humoured owner has posted 50 pictures of him online which have earned him worldwide internet fame. He may have nine lives, but thanks to his unusual fur markings, Sam the cat has only one expression – worried. The mystified moggy has become an internet sensation after his owner set up a page dedicated to him and his ‘eyebrows’. The feline, believed to be from New York, has more than 10,000 followers on picture sharing site Instagram, with his quizzical expression earning him world wide fame. 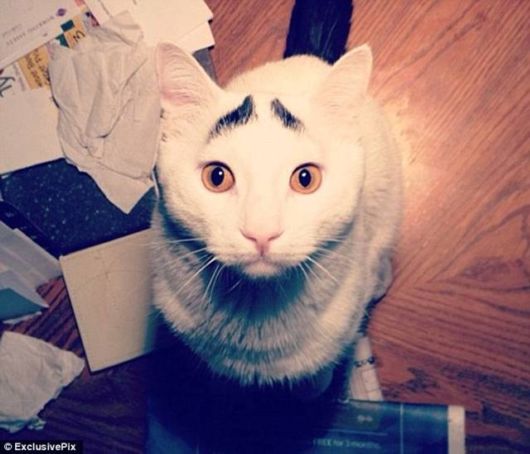 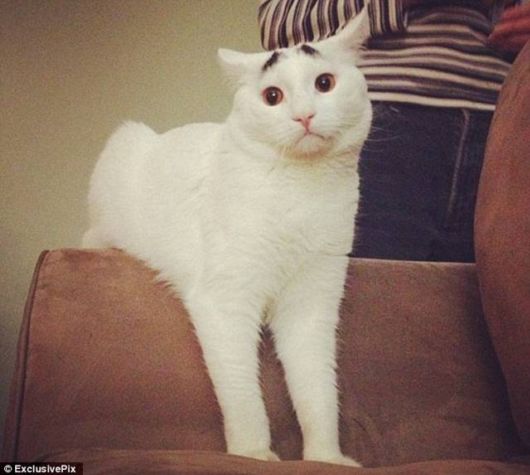 If the saying is to be believed Sam may have nine lives, but he has just one expression – worried. 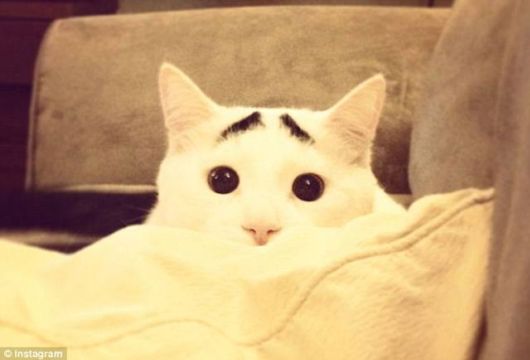 The unusual fur markings, which make it appear as if he has eyebrows, have provoked much hilarity online from his many followers

The two black marks on his forehead give him a range of expressions that is wider than that of his feline friends, who usually reserve expressions of disdain for their owners.

The photos instantly became popular on the account named, ‘samhaseyebrows,’ with his owner stating in the biography: ‘Sam This is Sam. He has eyebrows.’

Even Sam looks surprised by his new found fame. 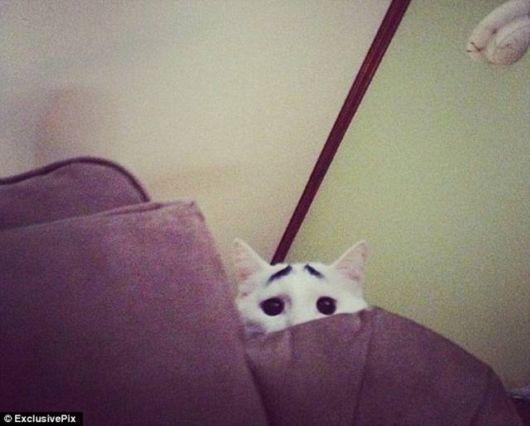 But Sam looks less than impressed with his owner’s sense of humour. In fact, he looks a little worried. 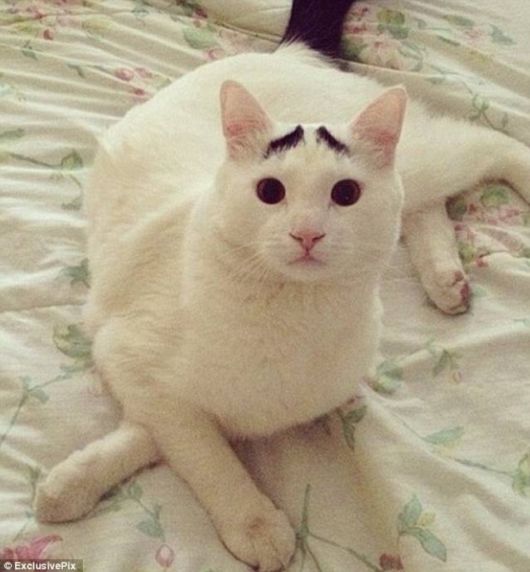 Even while relaxing before bed, Sam cannot wipe the expression off his face. 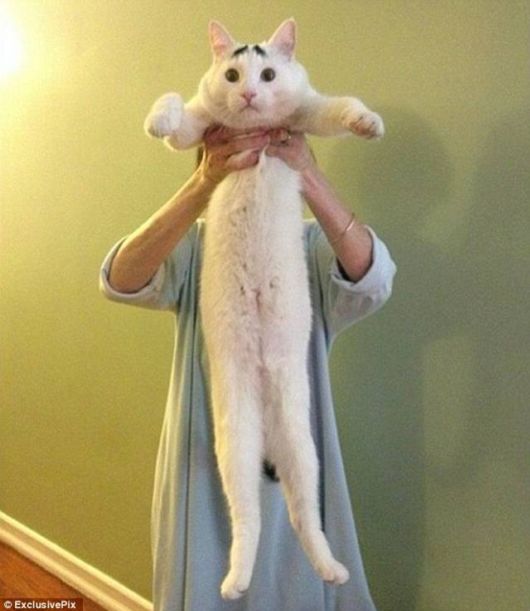 Sam the cat clearly does not share his owner’s good sense of humour, and seems to find the whole affair rather… worrying. 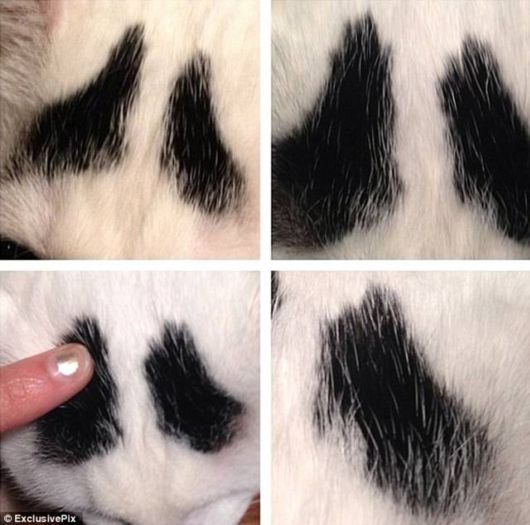 Quirky cats have long been an internet favourite.

In 2011, the web was flooded with pictures of people’s cats that ‘looked like Hitler’ thanks to their unusual fur markings.

A Facebook group dedicated to dressing cats in bread, and promoted by blogs across the internet, earned more than 10,000 followers.