After defending the puppy from other strays, this rhesus macaque monkey in Rode, India has left locals amazed by it’s amazing compassion for it’s newly adopted pup. In order to help the two out they left food for them and to everyone’s surprise the monkey let the dog eat first.

Unusual animal pairings are something that happen more often than you think, but in this case the monkeys love for the puppy is clear for everyone to see. We could all learn a thing or two about relationships from their undying love for each other.

In Rode, India, a monkey has adopted a tiny puppy living on the street. 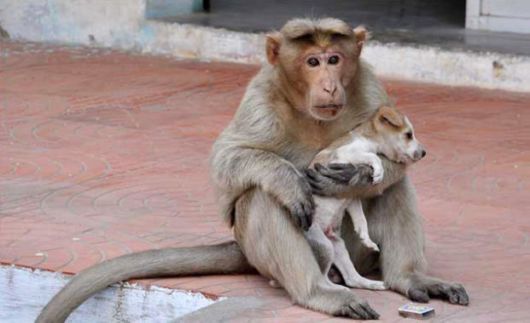 Living on the streets can be pretty rough, so the monkey defends the little pup from other strays! 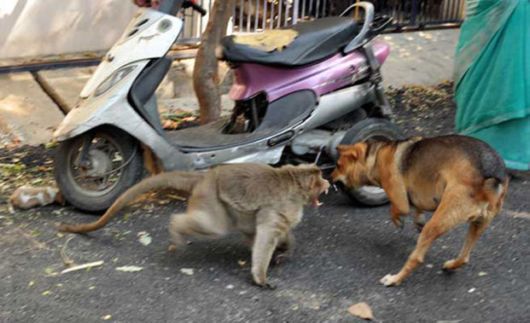 The monkey mum also makes sure the puppy has enough to eat and lets him eat first. 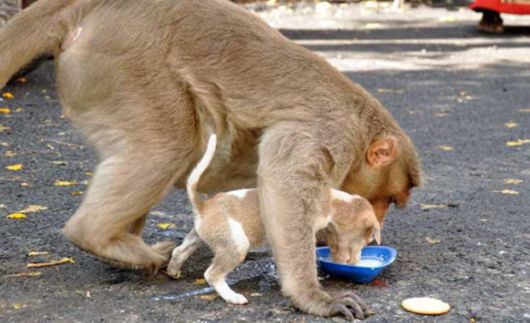 The two of them have now become inseparable. 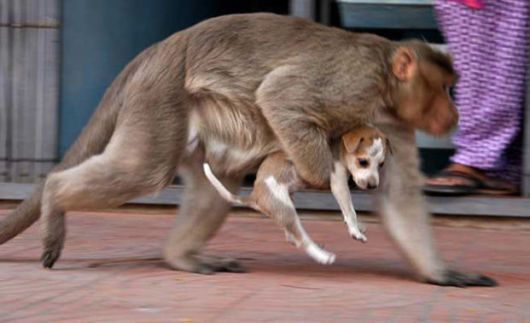 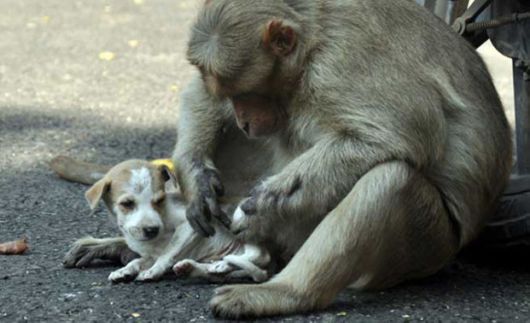 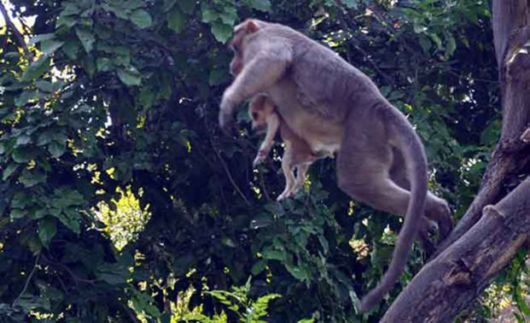 Because the duo have become so well known in their area people have started to give them food. 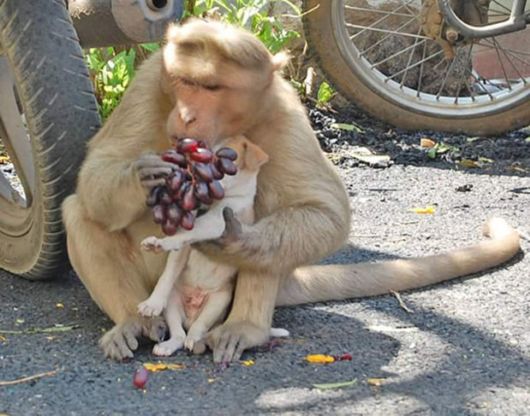 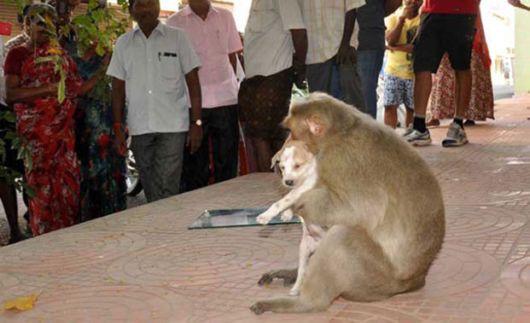 If this doesn’t melt your heart then nothing will! 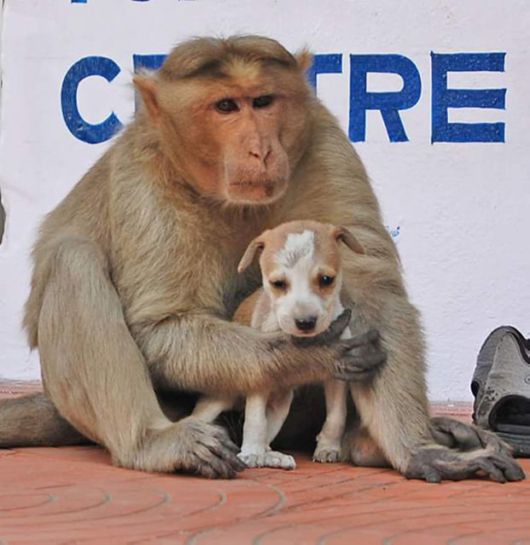