Search
Menu
Search
This tiny deer was delivered by Caesarean section at a wildlife hospital after his mother was killed by a car. Little Rupert, who is so small he can fit in an adult’s hand, was born after vets failed in their battle to save his mother. 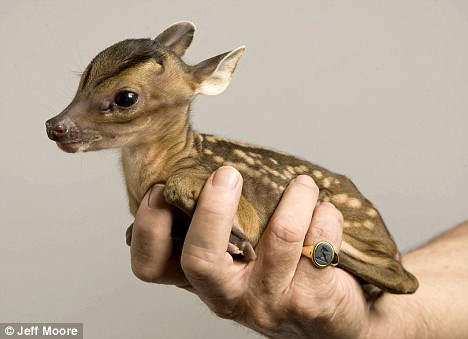 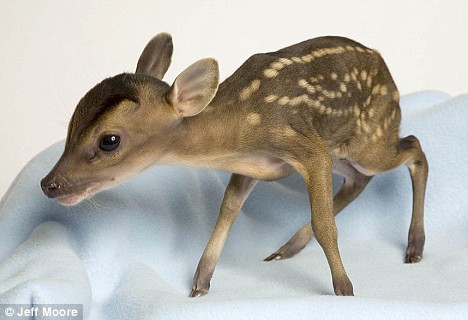 Orphan: Vets were unable to save his mother At just six inches tall and weighing just over a pound, he is now in an incubator in the intensive care unit at Tiggywinkles Wildlife Hospital in Buckinghamshire. He has only recently opened his eyes. Les Stocker, founder of Tiggywinkles, said: ‘Rupert’s mother had very severe injuries. We brought him out and got him breathing and then he went into an incubator on oxygen. He is now being fed by a tube.’ 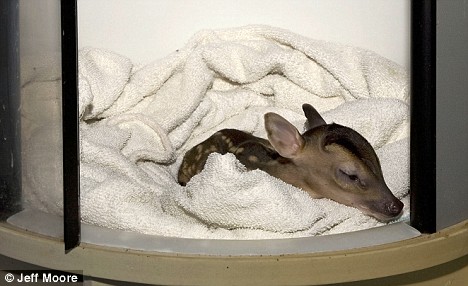 Deer Tucked up: Rupert in an incubator 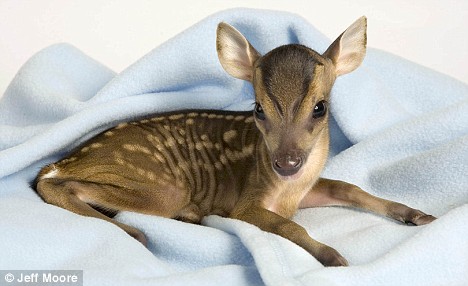 Dear deer: Rupert pulls a striking pose for the camera Staff are optimistic Rupert, now five days old, will make a full recovery. ‘Deer are very, very tricky but this one has spirit. He’s an extremely feisty little guy and quite pushy,’ Mr Stocker said. 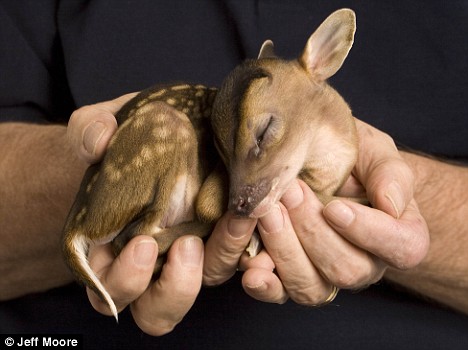