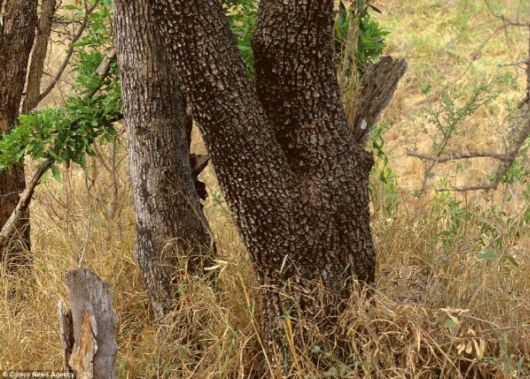 A leopard takes camouflage to a whole new level. Can you spot it? Hint: It’s near the base of the tree. This photo was taken in the wildlife of Kruger National Park, Transvaal, South Africa. 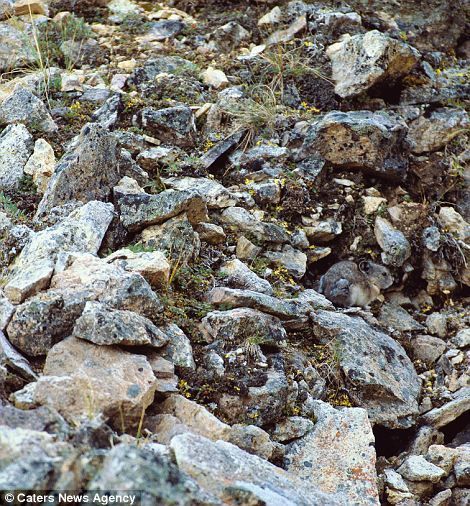 The American pika is a small furry mammal that’s distantly related to the rabbit. Now that you have that information, can you find it hiding here in the Cascade Mountain range in Washington? 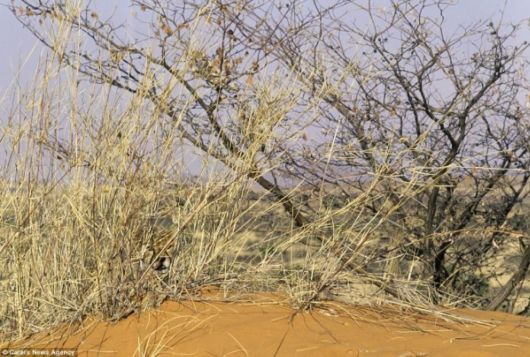 The cheetah hides among sand and long grass, concealed from its unsuspecting prey. This photo was taken in the Kalahari Desert, South Africa. 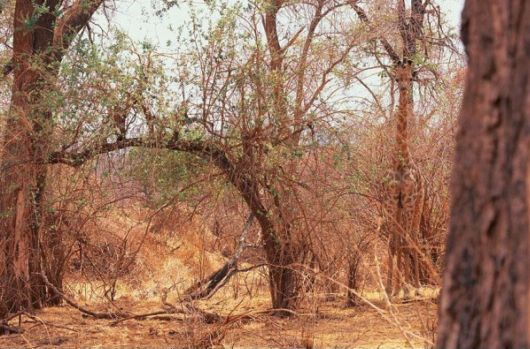 Somewhere in this photo is a giraffe. We’re still not sure where. Can you spot it? Now that’s what we call brilliant camouflage. 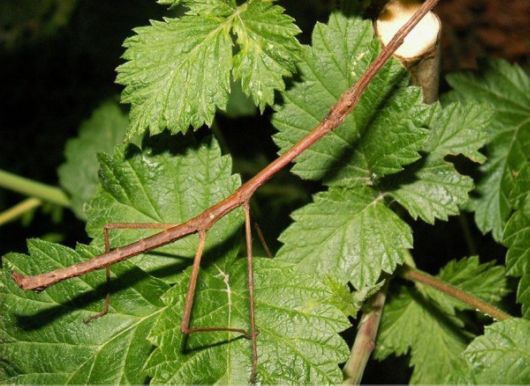 The stick insect is called that because its body is long and brown, with "branches" resembling sticks. It takes advantage of leafy surroundings to blend in as part of a tree. 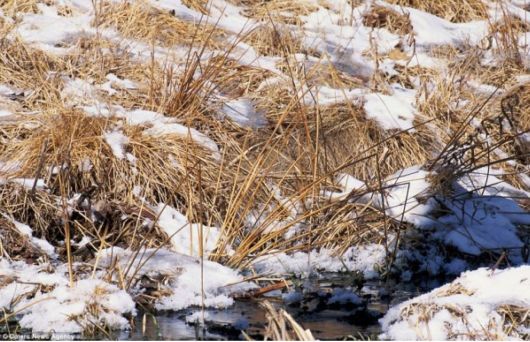 The Common Snipe is a type of bird found around wetlands. It’s hiding here among vegetation in a Minnesota stream. Can you find it? 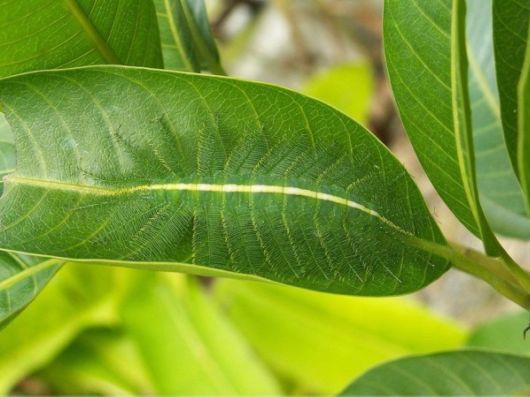 The best camouflage is hiding in plain sight. Though easy to spot if you know what to look for, the common baron caterpillar blends well with the leaf on which it rests. 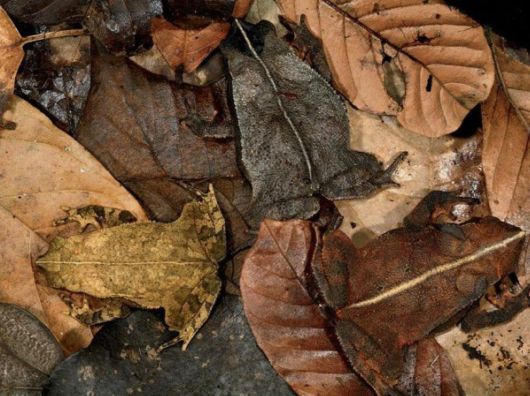 Not one but multiple toads hide well among old and discolored leafs. Honestly, we’re still not sure which are leaves and which are toads ….

The snow leopard has us beat. It’s hiding somewhere in this photograph taken in the snow-covered mountains of Asia. Do you see it? 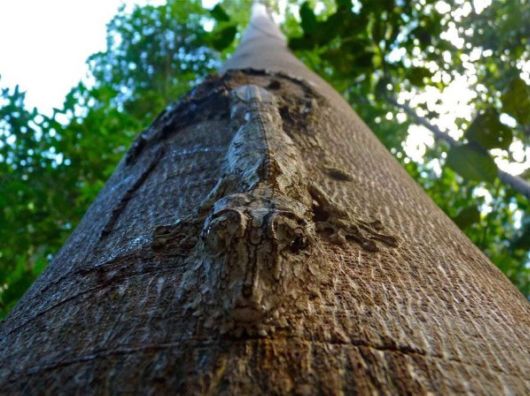 The uroplatus gecko is a dark brown color and has ridges along its body similar to the body of a tree. The angle of this shot makes it easy to spot for us, but this gecko can definitely elude predators. 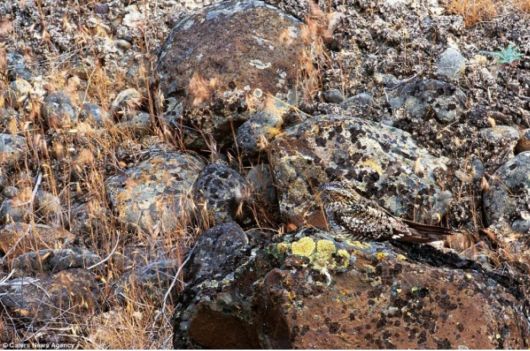 The nighthawk’s a little difficult to find. It takes advantage of its similar spotted surroundings to blend in well among rocks in eastern Washington. 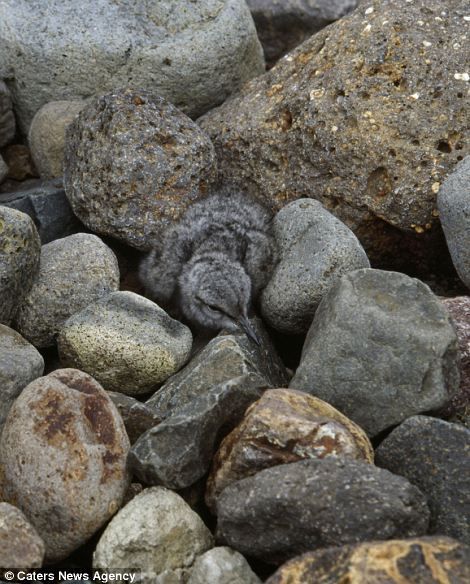 This baby may not be fully formed, but it has camouflage down cold. This wandering tattler chick hides among rocks in Wrangell-Saint Ellias National Park. 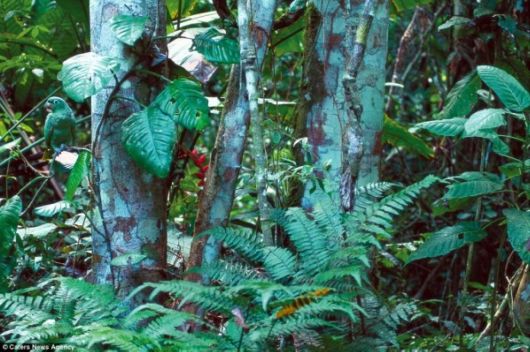 Now this one’s a little tricky. Once you do see the blue-crowned parrot, you’ll wonder how you didn’t before. This parrot is hiding in a tropical rainforest in Chan Chach, Belize, South America. 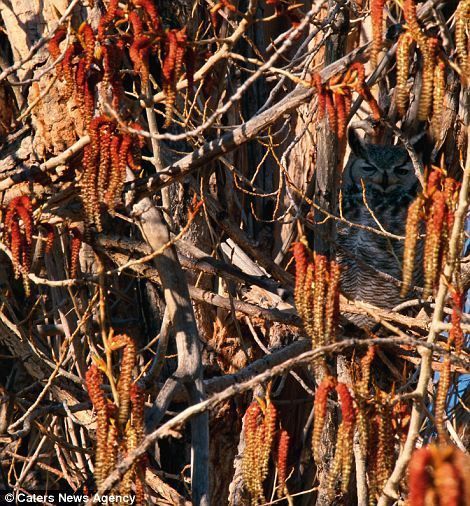 The Great Horned Owl uses both its plumage and the depth of its surroundings to effectively hide from predators. This was taken in a temperate forest in Oregon’s Malheur National Wildlife Refuge. 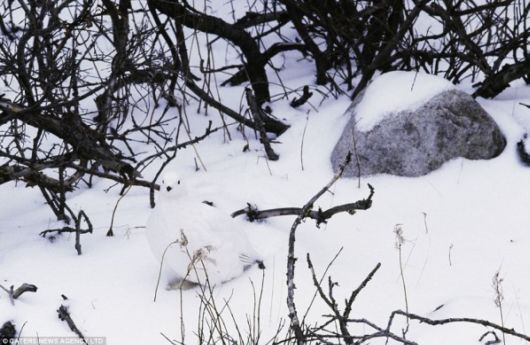 A willow ptarmigan blends in well with the winter landscape. This photo was taken near Churchill, Manitoba, Canada.