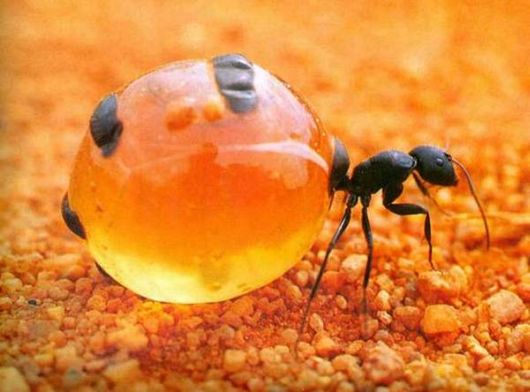 Honeypot Ants Myrmecocystus nests are found in a variety of arid or semi-arid environments. Some species live in extremely hot deserts, others reside in transitional habitats, and still other species can be found in woodlands where it is somewhat cool but still very dry for a large part of the year. 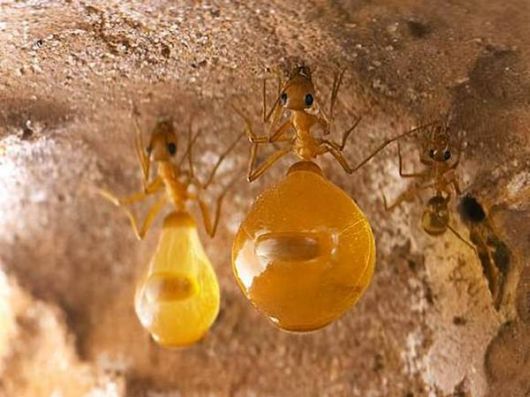 As their names suggest, honey-pot ants are like living pots of honey. After the rains, there is so much nectar from ephemeral plants, there is actually more than enough. Good food will not be wasted in the harsh living conditions of the desert. So the ants feed some particular ants in the colony with nectar until their whole abdomen swells up with honey. Posted In funship Group.They can be the size of grapes! Then, during the drought, when food is scarce, the other ants will feed on the honey, and the ants? abdomens shrink back to its normal size. The honey-pot ants save food in this way. They are also a source of food supply for other desert animals, including humans! 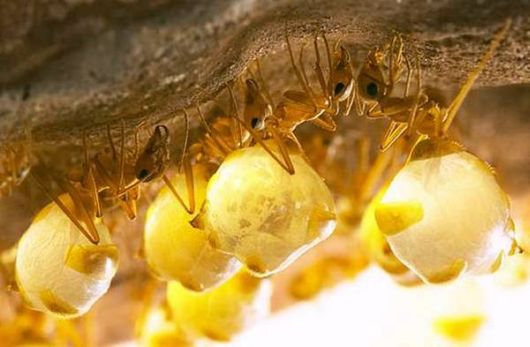 These ants can live anywhere in the nest, but in the wild, they are found deep underground, literally imprisoned by their huge abdomens, swollen to the size of grapes. Posted In funship Group.They are so valued in times of little food and water that occasionally raiders from other colonies, knowing of these living storehouses, will attempt to steal these ants because of their high nutritional value and water content. These ants are also known to change colors. Some common colors are green, red, orange, yellow, and blue. 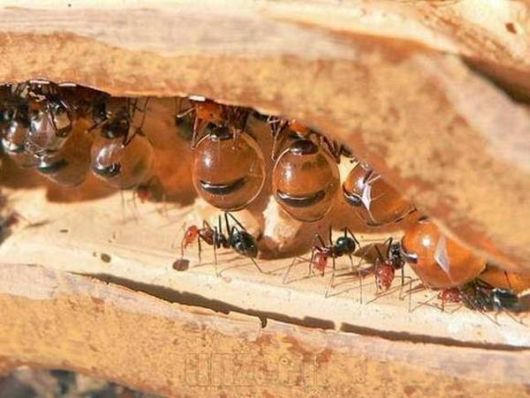 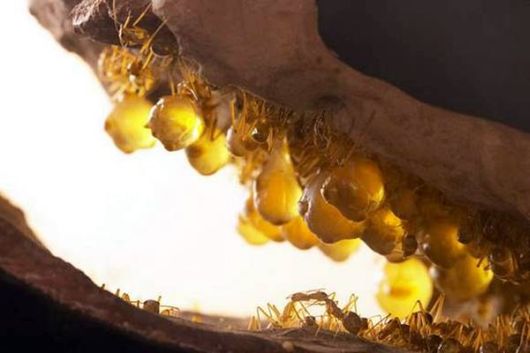 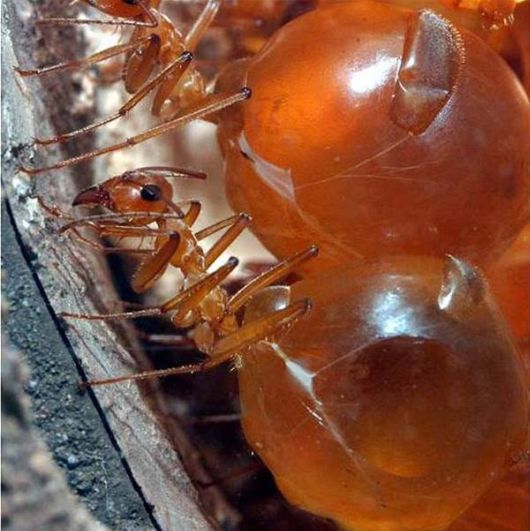 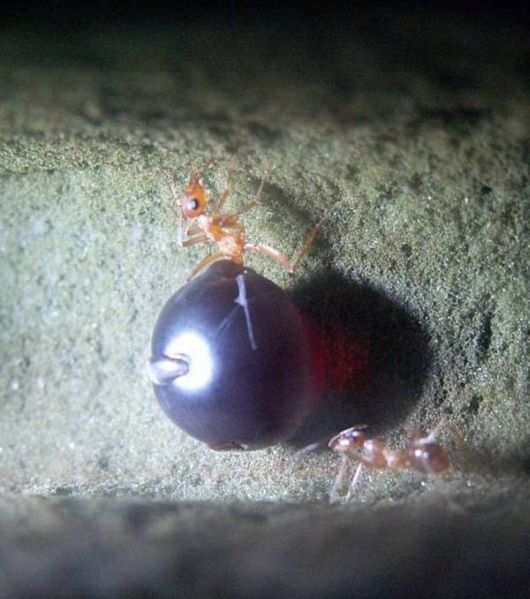 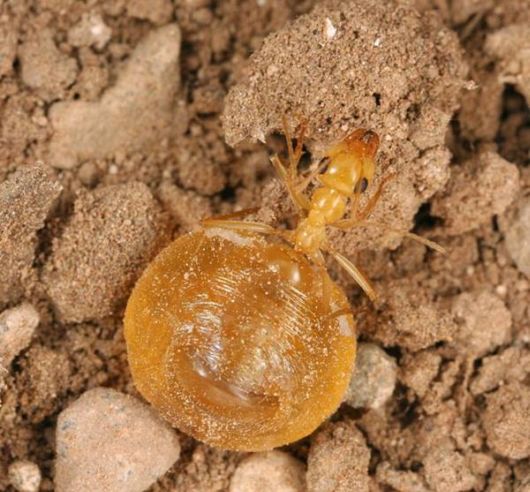 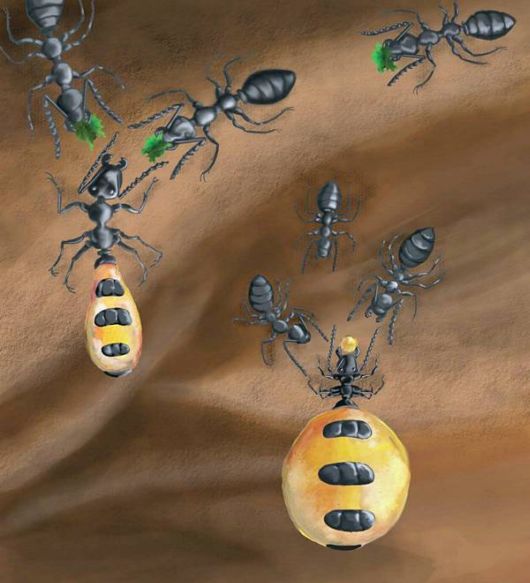 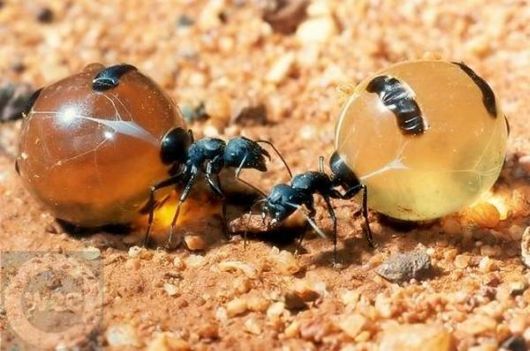