Their mean and moody expressions suggest: Go on, punk, make my day.

And when any rival is foolish enough to stray on to their territory, the result is terrifying.

In scenes more like a violent Quentin Tarantino movie than a wildlife shoot, one Cape ground squirrel delivers a ferocious attack on an interloper. 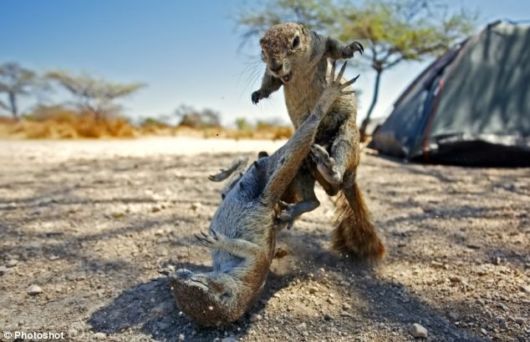 Reservoir squirrels: The fur flies as the battle rages 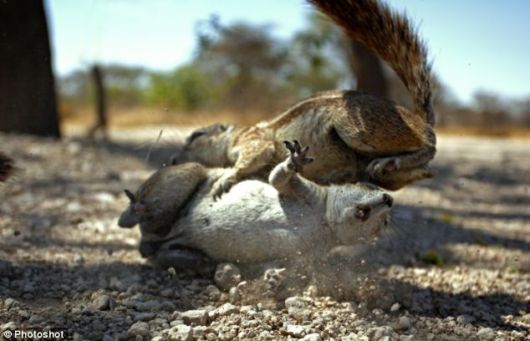 Ka-pow: The fighters hit the ground

With its opponent on the floor, it does not hesitate to put the furry boot in as it protects its particular part of a camp site in Etosha, Namibia.

Cape ground squirrels are found in the drier parts of Africa and live in colonies of up to 30. 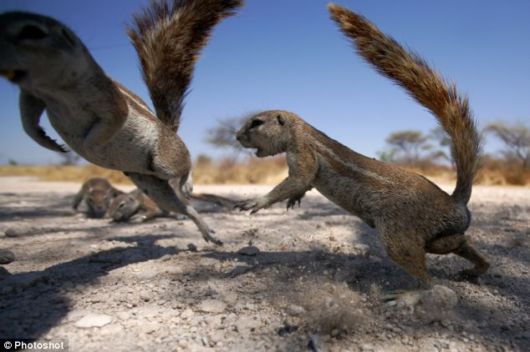 Flee: One takes off but the other is in hot pursuit

They are poor climbers and tend to live in interconnecting burrows, which they sometimes share with mongooses.

The rodent uses its bushy tail to shield it from the sun and pumps it up and down as an alarm signal to other members of the pack.

When, that is, it isn’t beating the living daylights out of the neighbours. 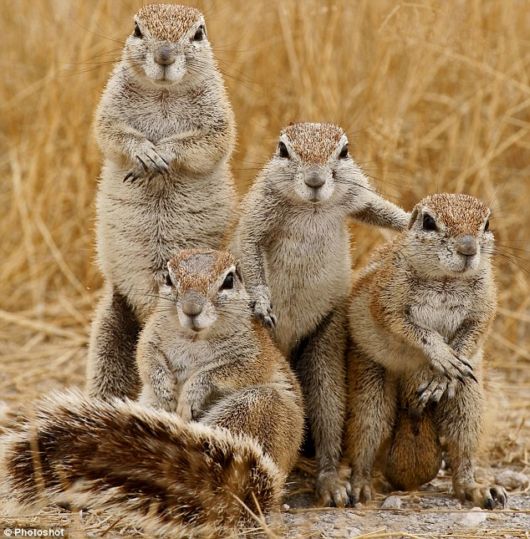