Established in 1872, Yellowstone National Park is the world’s first national park, and it’s also America’s most beautiful. From the the Old Faithful Geiser, to the serene mountains and rare wildlife that populate its forests, this 2,219,791-acre plot of land is one of this country’s most stunning jewels.

But park officials would like you to keep in mind that, even though it’s technically a park, this is untamed land and it can be very dangerous. Although deaths are fairly rare on-site, the variety of ways someone could meet their doom at Yellowstone is pretty shocking when you think about it.

First of all, the buffalo is an awesome creature, but considering the fact that humans nearly wiped them off the face of the Earth at one point, they have no qualms about using their beefy heads to bash you…as one 16-year-old girl recently learned. 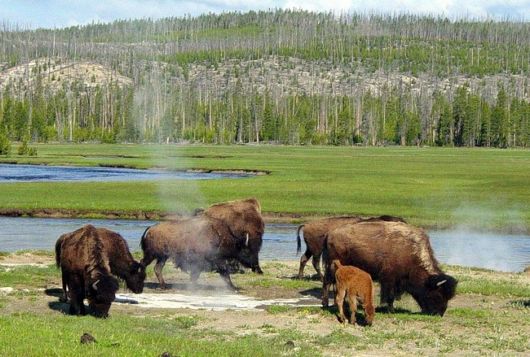 Last week, a Taiwanese girl got too close to a buffalo for a photo op and ended up being gored. Park officials say you should stay 25 yards away from buffalo and she was only three feet away from this angry brute.

Other dangerous animals include wolves, mountain lions, and bears. Bear attacks are infrequent, but they do happen. Two bear-related deaths occurred in 2011 just months apart.

Yellowstone’s geological features can also cause some serious damage. There are many hot springs and geysers, some of which can reach up to 250 degrees. Sometimes these pools aren’t visible until hikers are already boiling in them. 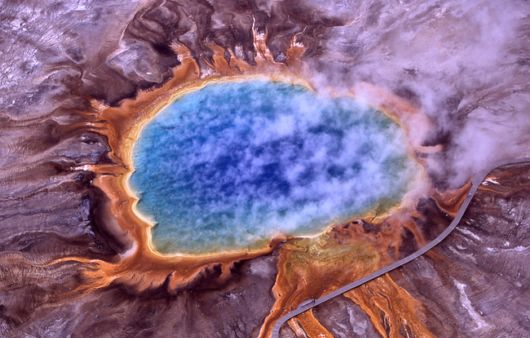 Then there are forest fires, avalanches, and lightning strikes. People have also been known to go missing in the park. A few have even been murdered while hiking Yellowstone’s trails. 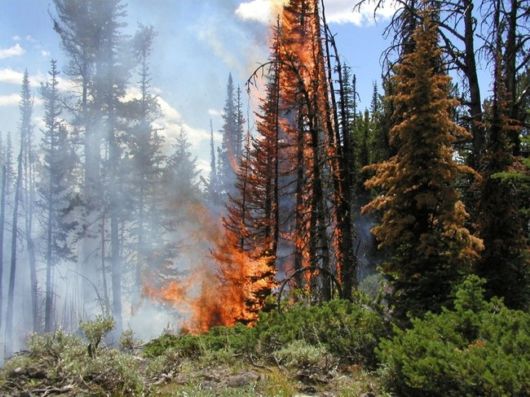 Did we mention that Yellowstone is sitting on an active supervolcano? If the Yellowstone Caldera were to explode, it would not only kill basically everyone in Wyoming, but the ash would block out the sun, devastating agriculture nationwide and causing a massive food shortage. 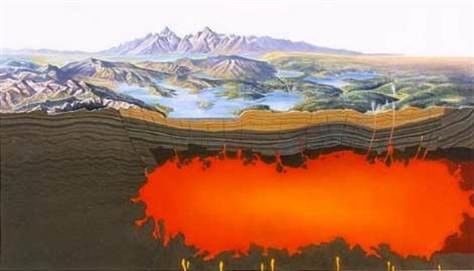 Now, we’re not saying you shouldn’t go to Yellowstone. It’s a beautiful forest haven and a wonderful vacation spot. But when you go there, make sure to stay away from the animals. And the hot springs. And the supervolcano.