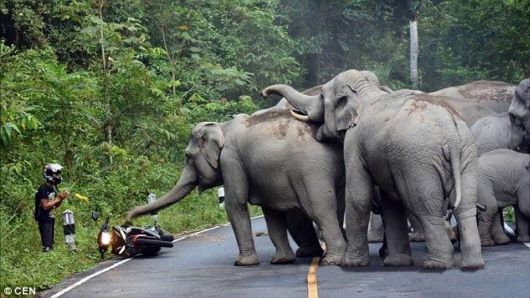 Moped rider begs mercy from angry elephants who attacked him because they are sick of noisy motorcycles.

These dramatic pictures show the moment elephants attacked a terrified moped rider as he tried to go past them on a road in Thailand.

The animals reacted angrily as the rider approached in the heart of Khao Yai national park near the city of Korat, in the north-east of the country.

The slow-moving rider was trying to pass the elephants, but he was unaware that the herd had been agitated minutes earlier by the sound of a pack of motorcyclists roaring past.

The man was forced to leap off his bike and run into the jungle as several elephants charged towards him trumpeting loudly.

The biker had to wait for the elephants to disperse before he could recover his machine and speed off. 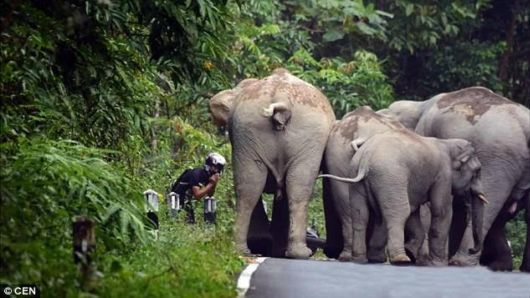 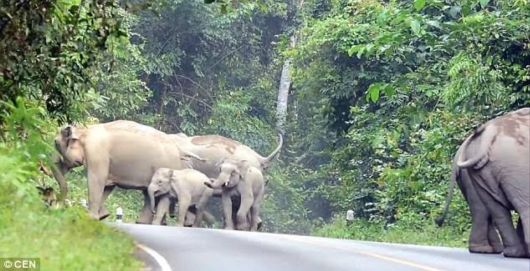