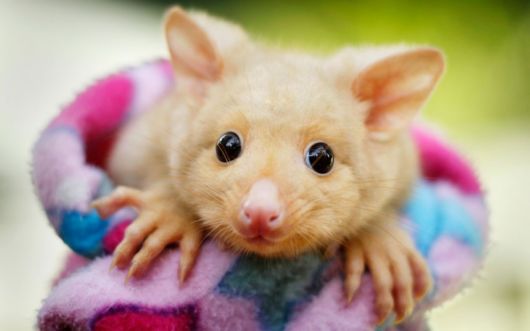 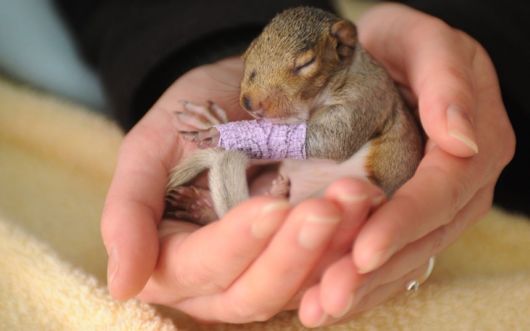 This baby squirrel suffered injuries to her leg and was separated from her mother when she fell from a tree – and she is not even three weeks old. The grey squirrel, called Violet, endured the ordeal when the branch her nest (known as a drey) was laying on was cut down. Fortunately, the couple cutting down the tree spotted Violet and immediately phoned the Wildlife Aid Foundation for advice on what to do. The foundation, based in Leatherhead, Surrey, took her in, bandaged her leg, and have been feeding her a special milk formula, similar to that her mother would have provided. 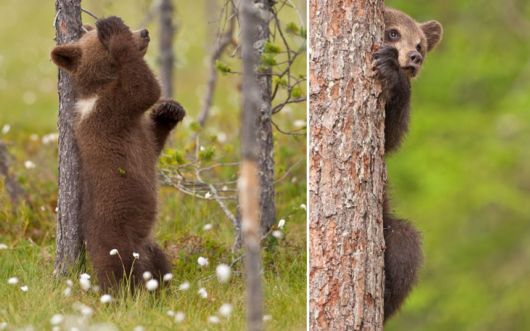 British biologist Brett Lewis has taken pictures of brown bear cubs at play to show how they hone their survival instincts. What seems like play for these six-month-old cubs in the forests of Finland is crucial practice for them to hone their survival skills for the time when they will eventually leave the protection of their mother. 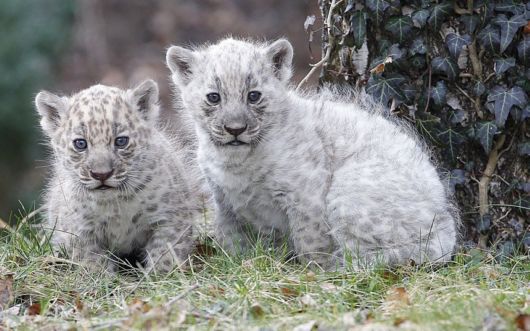 A German zoo is celebrating after the birth of two rare white jaguar cubs. The twins were born at Aschersleben Zoo on 19th January and have recently ventured out into the world for the first time. The youngsters are currently white with pale grey markings, but it is not known how their colour will change as they continue to grow… 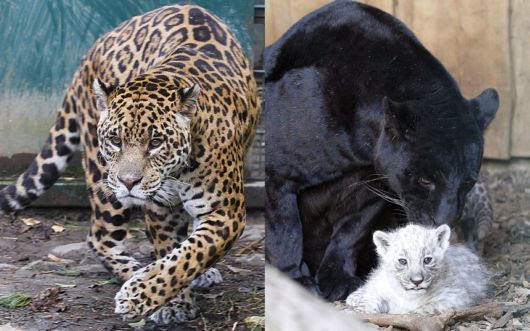 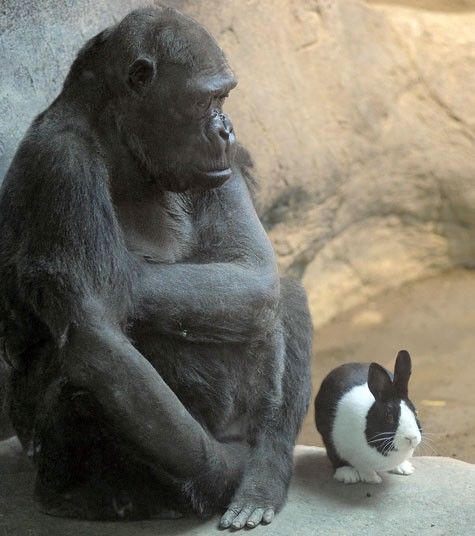 The Erie Zoo’s lowland gorilla Samantha shares her space with Panda, a Dutch rabbit, at the zoo in Erie, Pennsylvania, USA 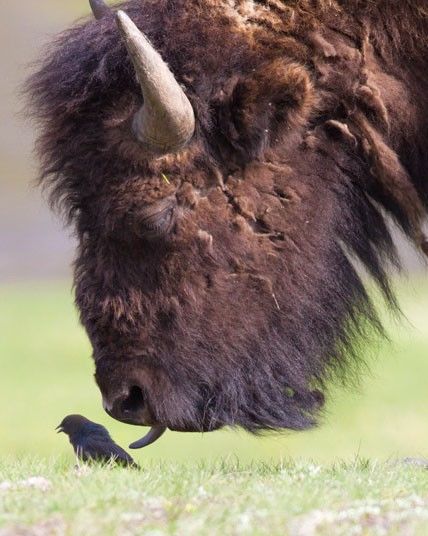 This plucky little bird was given a good licking when it dared to venture near a massive bison. The brown-headed cowbird was feeding on insects when the towering beast gently touched it with her tongue. The bird let out a chirp before flying off. 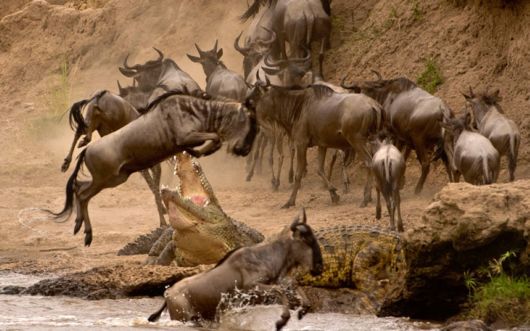 A wildebeest performs a death-defying leap to freedom over the open mouth of a hungry 1,100lb crocodile. This wildebeest was one of the lucky ones out of a mind-boggling 1.5million-strong herd crossing the Mara River, to reach the mating grounds in Kenya. Photographer and conservationist Eli Weiss captured the image on camera after waiting hours for the action to start. 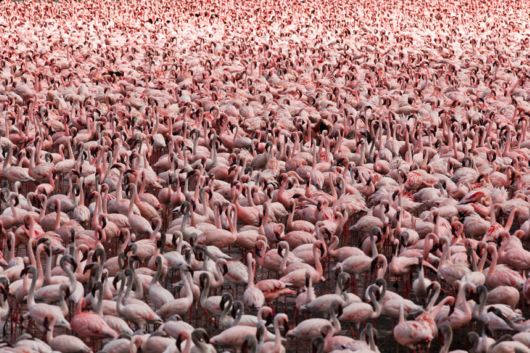 Tens of thousands of lesser and greater flamingos gather at Lake Oloiden, near Naivasha, Kenya 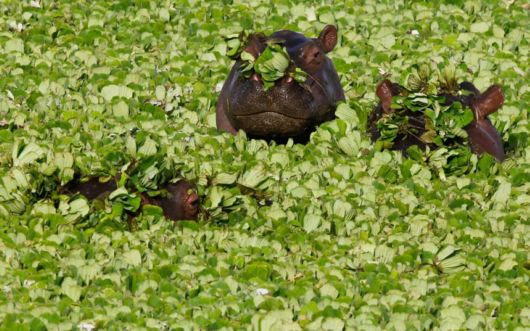 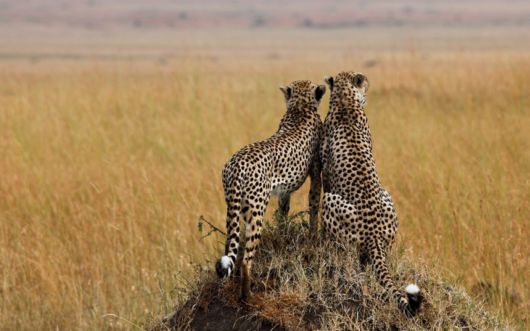 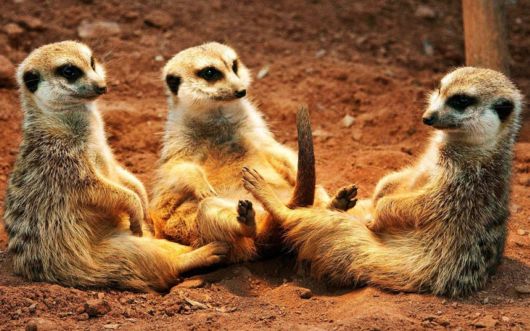 Three meerkats relax and warm up under a heating lamp at the Erfurt zoo, central Germany 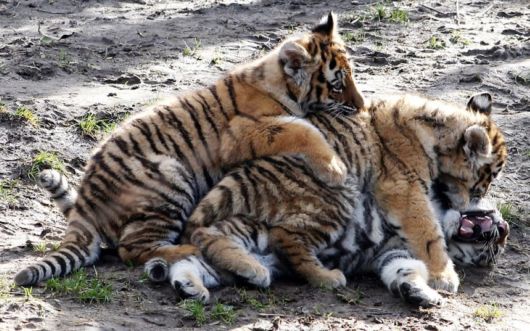 Three tiger cubs Mila, Finja and Jegor play in their compound at the zoo in Cologne, Germany 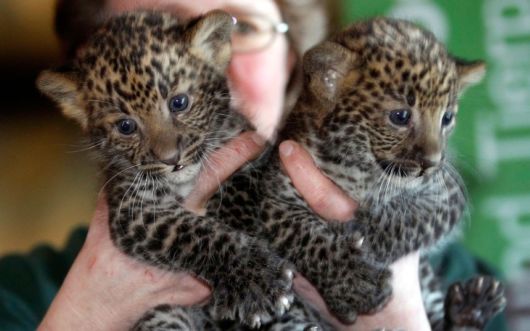