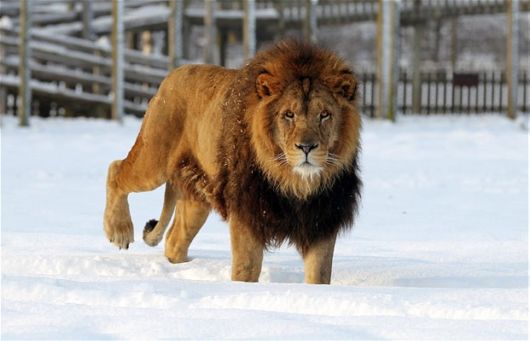 A lion in the snow at Blair Drummond Safari Park near Stirling, Scotland 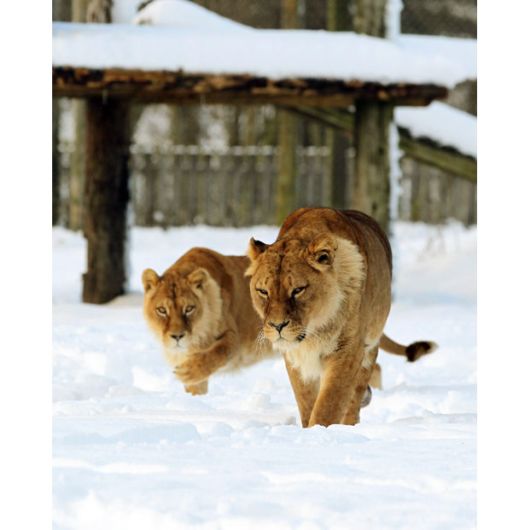 Lionesses in the snow at Blair Drummond Safari Park near Stirling, Scotland 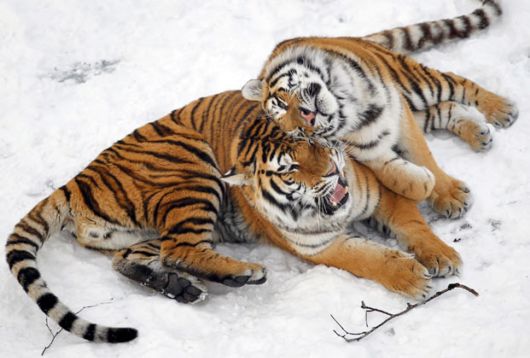 Siberian tigers play together at the St-Felicien Wildlife zoo in Quebec. According to National Geographic, the wild population of Siberian or Amur tigers is estimated between 400 and 500 and is classified as an endangered species. 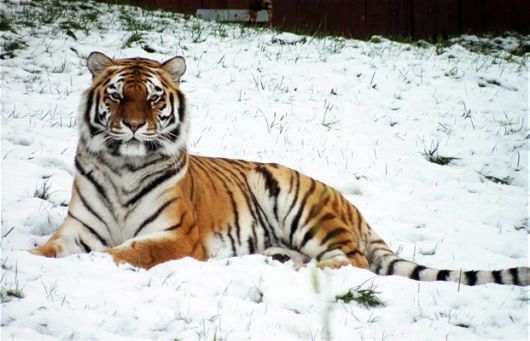 A tiger sits in the snow at Colchester Zoo 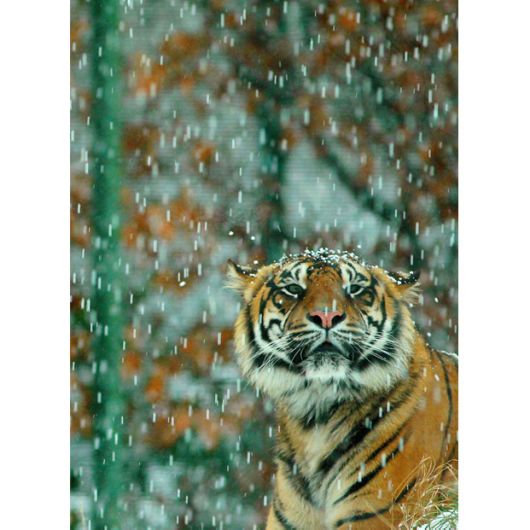 A Sumatran tiger in the snow at Dublin Zoo 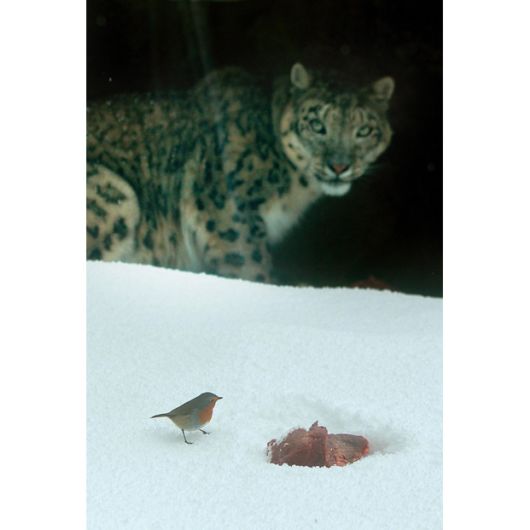 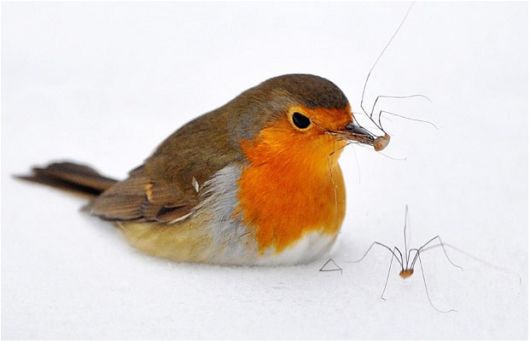 A robin eats a spider in Essen, Germany 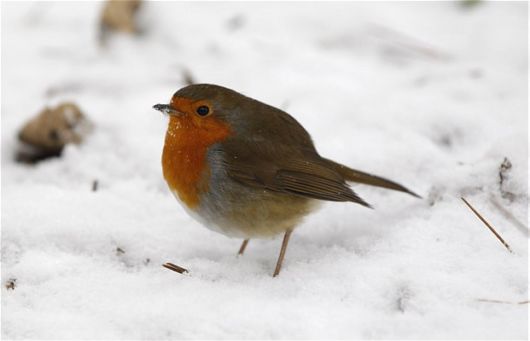 A robin stands in the snow in Bramall Park, Manchester 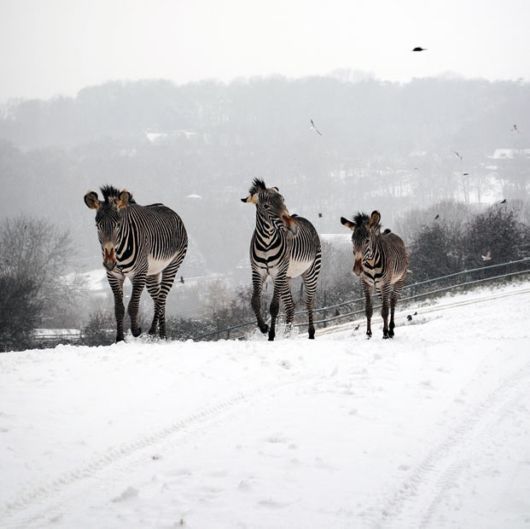 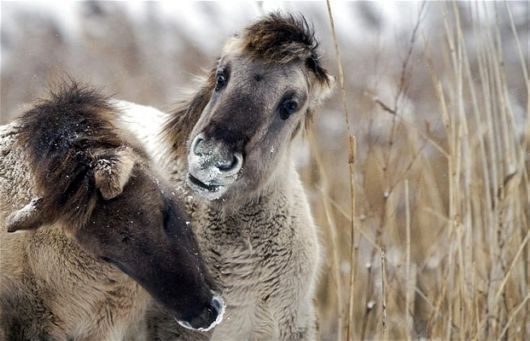 Konik horses play in the snow at the Oostvaardersplassen nature reserve in Lelystad, the Netherlands 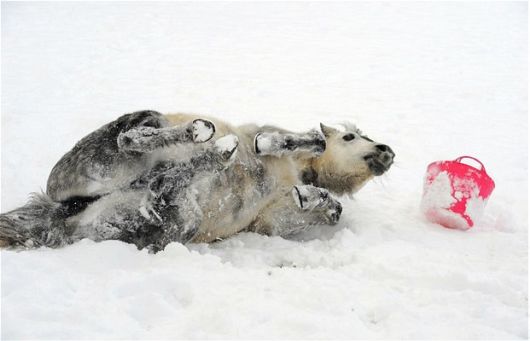 A horse rolls in a snow-covered field in Helperby, North Yorkshire 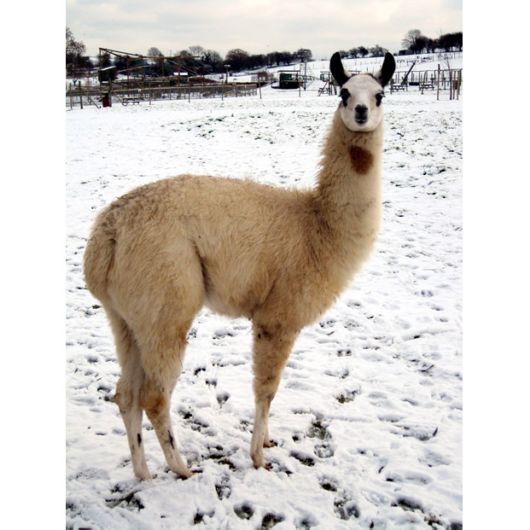 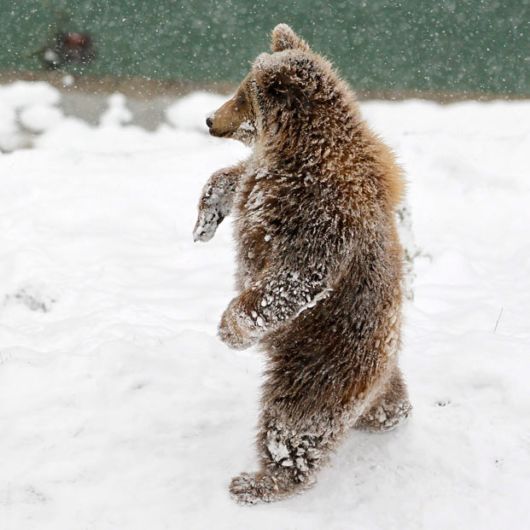 A bear walks through the snow at Bear Park in Berne, Switzerland 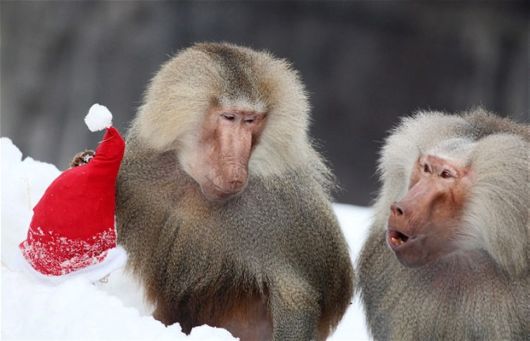 Hamadryas baboons play with a Santa Claus cap at the Hagenbeck Zoo in Hamburg, Germany… 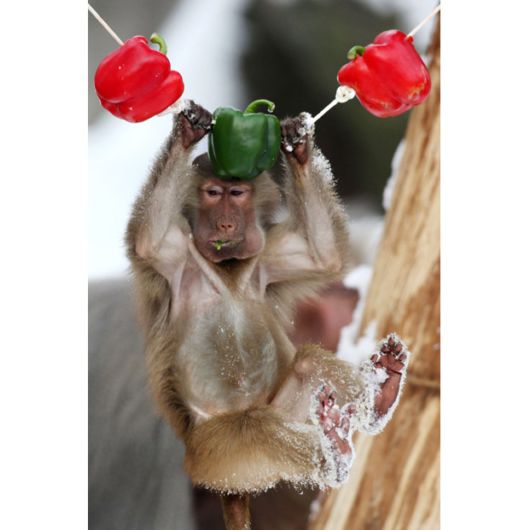 …the baboons had an early Christmas Day breakfast, receiving gift boxes with apples, nuts and almonds, and were given, hay, straw, pepper garlands and stuffed Santa Claus hats 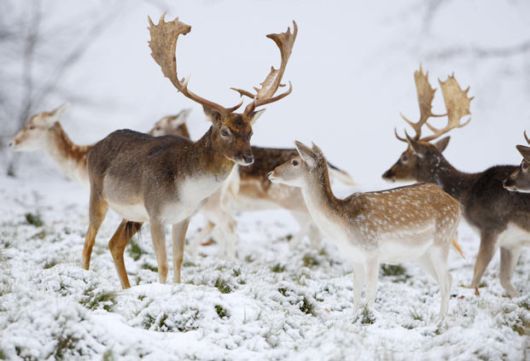 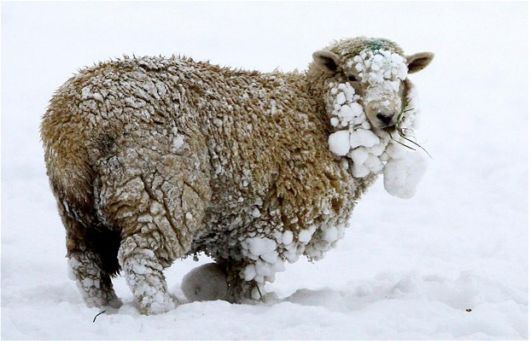 A sheep in the snow near Ashford, Kent 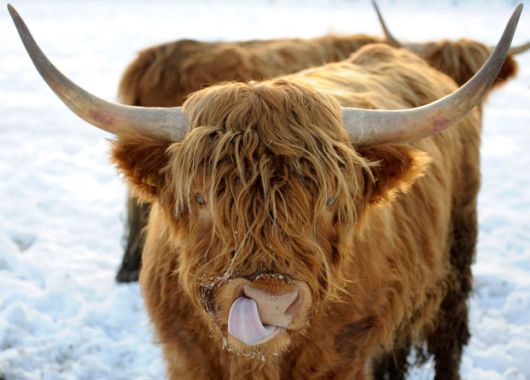 Highland cattle search for feed in a snow-covered field in Perthshire, Scotland 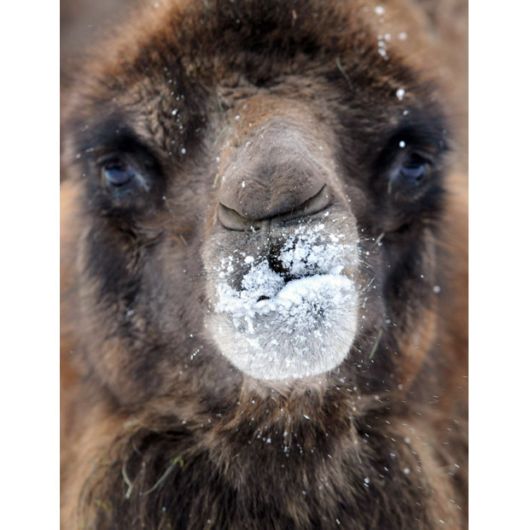 A Bactrian camel with a mouthful of snow at the zoo in Frankfurt, Germany 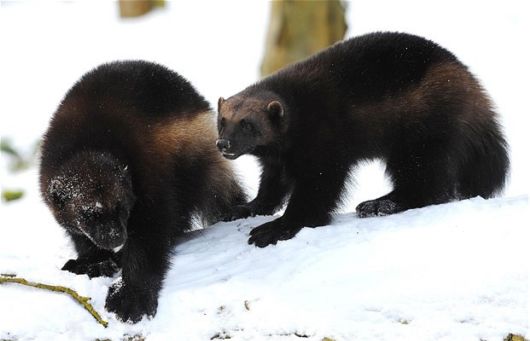 Wolverines playfighting in the snow at ZSL Whipsnade Zoo 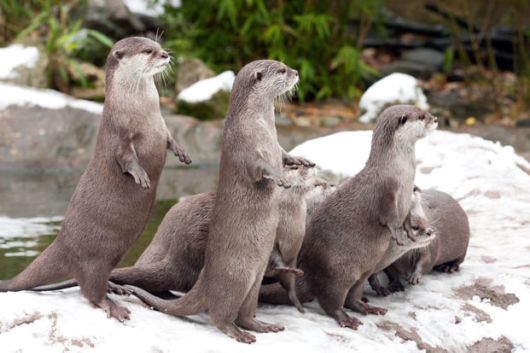 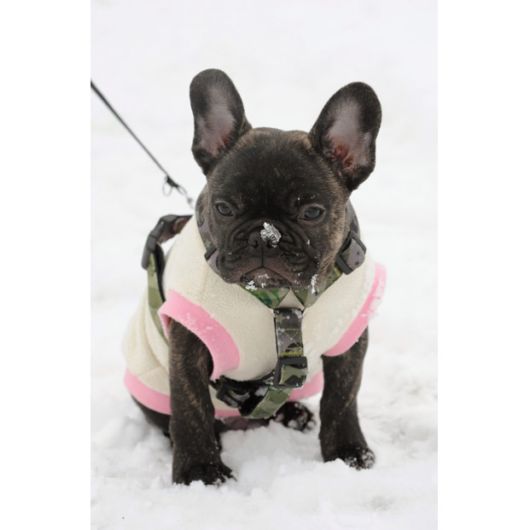 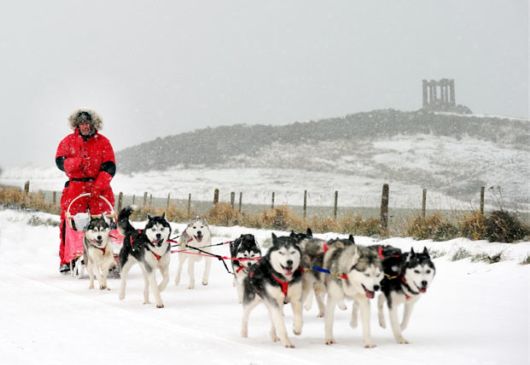 Wattie McDonald from Criggie Smithy near Stonehaven in Aberdeenshire, Scotland, uses his team of Siberian huskies to go for his weekly shop 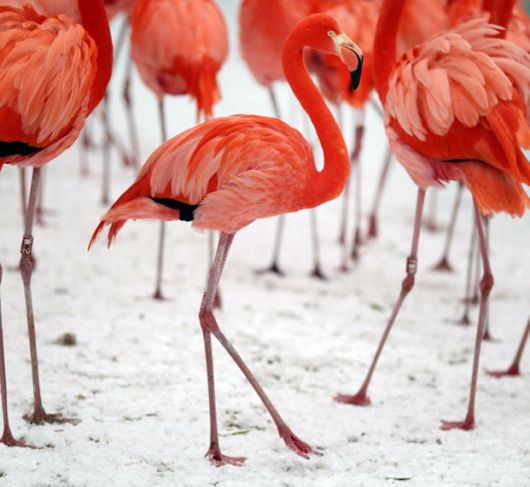 Flamingos stand in their snow-covered enclosure at the zoo in Magdeburg, eastern Germany 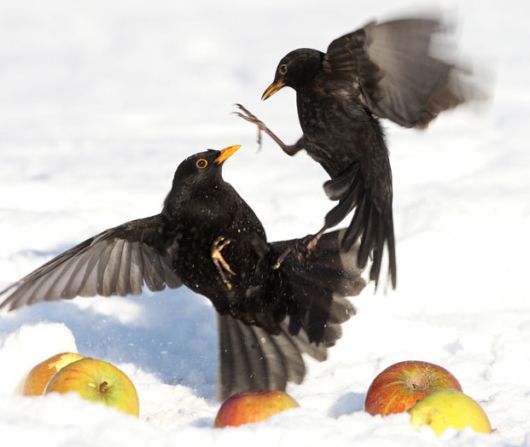 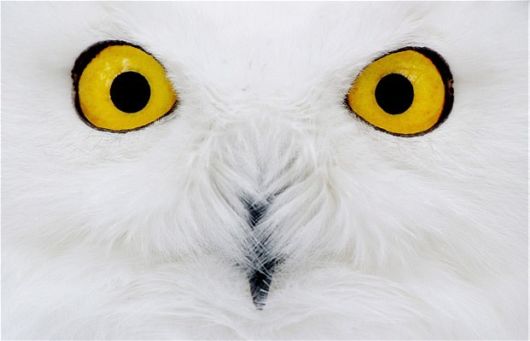 A snowy owl in Essen, Germany