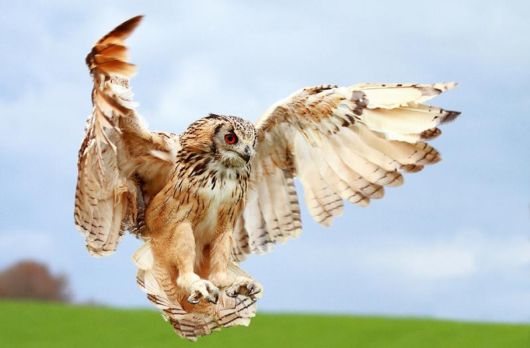 Owls are awesome. It’s an undeniable fact. They are expressive, they are diverse, they are stealthy and their heads are on a swivel. Below you will find 10 interesting facts and a collection of photographs that capture these beautiful creatures. Enjoy! 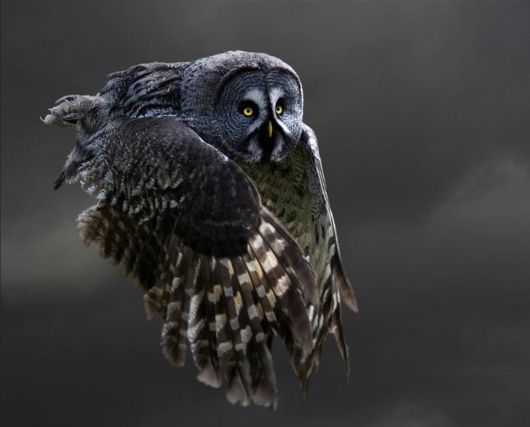 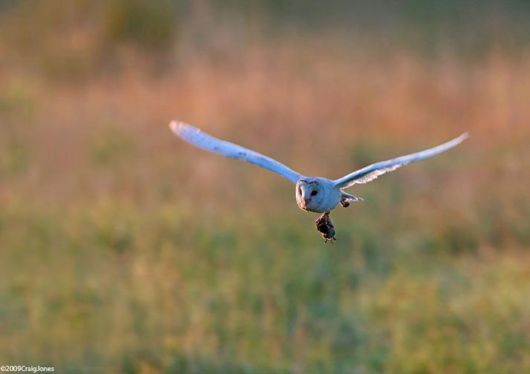 Owls are birds of prey. Owls feed on a wide variety of prey including mammals, other birds, insects, and reptiles. There are even some species of owls that live in Africa and Asia that feed on birds. Owls cannot chew their prey since, like all birds, they do not have teeth. Instead, they swallow small prey whole and must tear larger prey into smaller pieces before swallowing. They later regurgitate pellets of indigestible material such as bone, fur, and feathers. 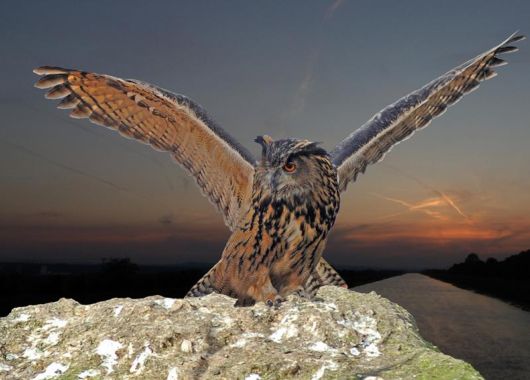 The structure of an owl’s foot is referred to as zygodactyl. This means that two of the toes face forward while two face backward. This arrangement enables the owls to capture and grasp prey with greater ease. Sometimes, the third toe can be rotated forward into a position occasionally used for perching. 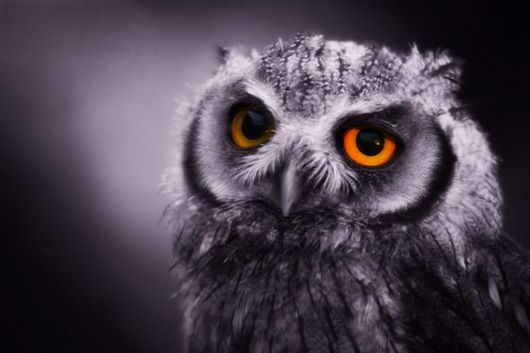 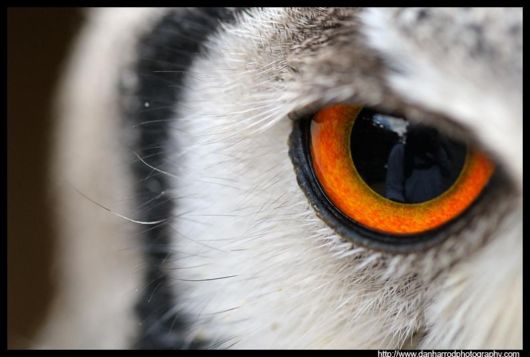 Owls’ eyes are fixed in their sockets. Owls are unable to move their eyes within their sockets to a great extent, which means they must turn their entire head to see in a different direction. Because owls have forward-facing eyes, they have well-developed binocular vision. Contrary to popular myth, an owl cannot turn its head completely backwards. It can turn its head 135 degrees in either direction; it can thus look behind its own shoulders, with a total 270-degree field of view. 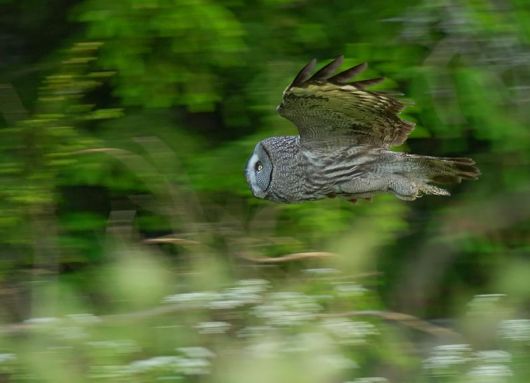 Many species of owls have special flight feathers adapted for silent flight. Owls have developed special feather adaptations that enable them to minimize the sound made when flapping their wings. For instance, the leading edges of their primary feathers have a stiff fringes that reduces noise while the trailing edge of their primaries have soft fringes that helps to reduce turbulence. Downy feathers cover the surfaces of the wing to further reduce sound. 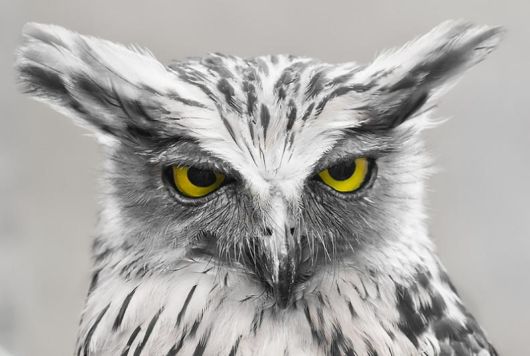 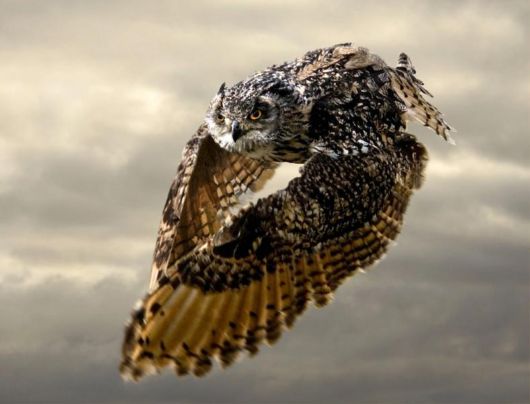 Owls are found in all regions of the Earth except Antarctica, most of Greenland and some remote islands. 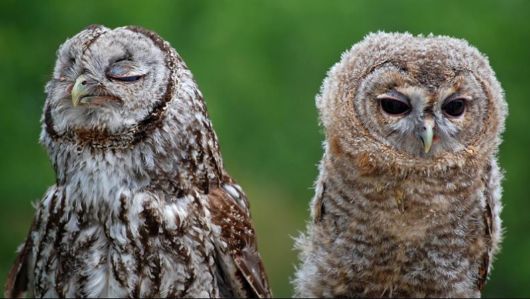 Though owls are typically solitary, the literary collective noun for a group of owls is a parliament. 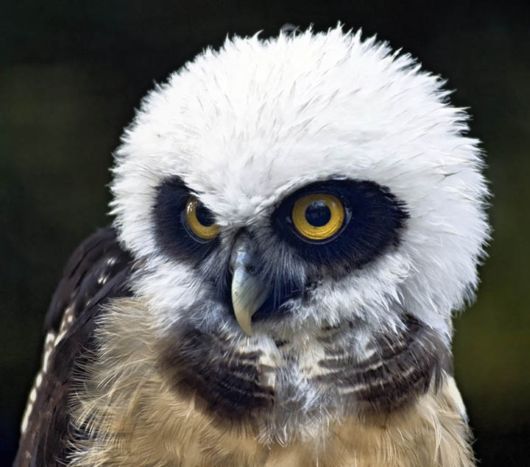 Owls are farsighted and are unable to see anything clearly within a few centimeters of their eyes. Caught prey can be felt by owls with the use of filoplumes, which are small hair-like feathers on the beak and feet that act as "feelers". Their far vision, particularly in low light, is exceptionally good. 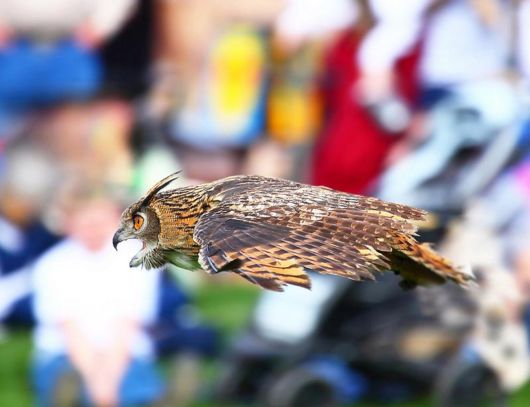 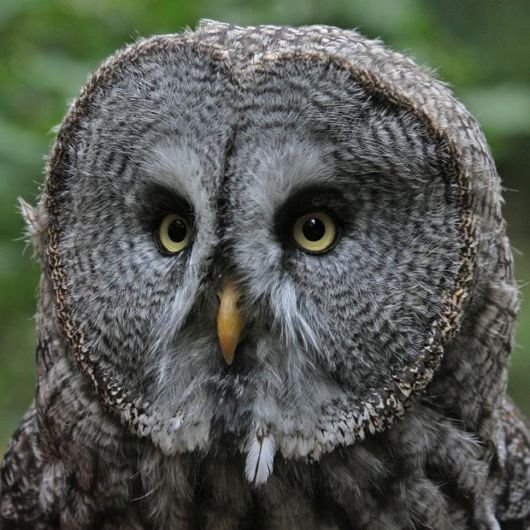 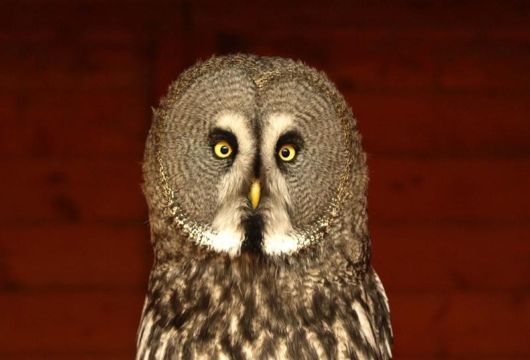 And how could I not include the greatest Owl picture of them all! 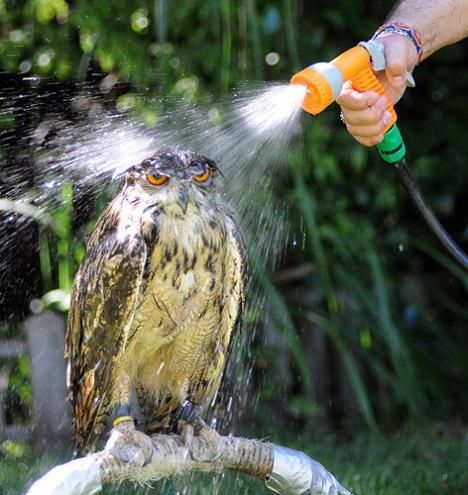