She won’t forget that in a hurry: Elephant rubs her eye in disbelief after cataract op to restore her sight 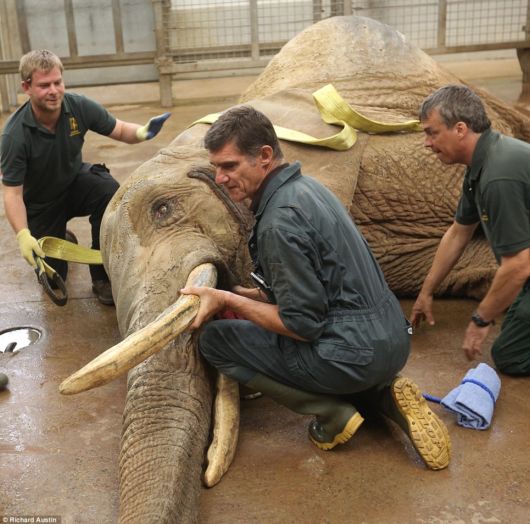 The first ever elephant cataract operation in the UK: Duchess prepares for her treatment for a cataract, to hopefully regain sight in one eye 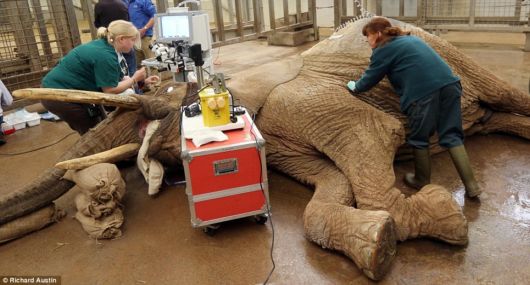 A delicate tusk: Duchess’s trunks rest on sand-bags as the groundbreaking operation is carried out 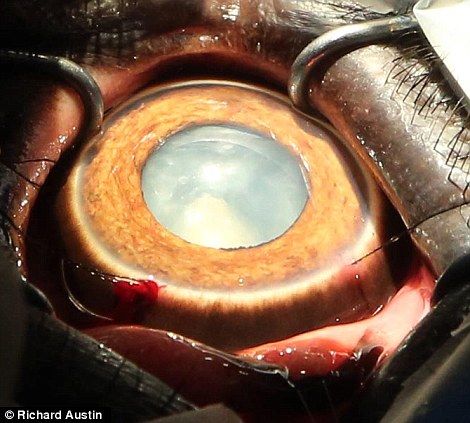 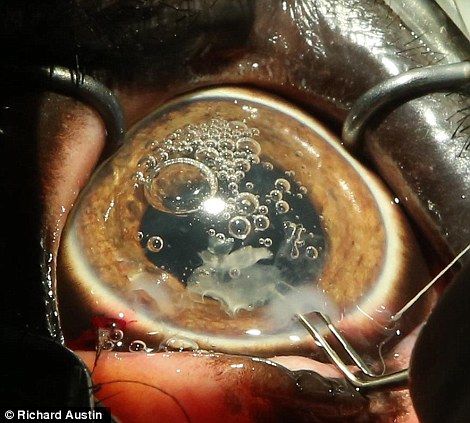 Before and during: The vets prepare to operate, and then start removing the damaged parts of the eye 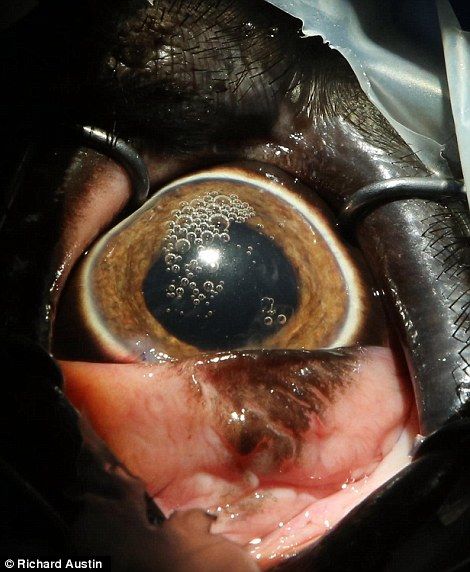 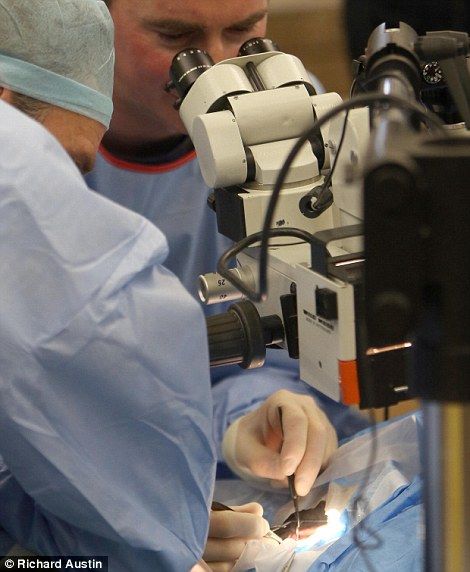 Jim Carter, a specialist in veterinary ophthalmology, takes charge of the operation to remove the cataract, eventually clearing out the damage

The zoo?s curator of mammals, Neil Bemment, said although Duchess was groggy after the operation, the signs were looking good.

He said: ‘She?s up and about but like anyone who?s had a major operation it will take some time for her to fully recover.

‘She?s been making her usual bellowing sounds which is a good sign. But it will be some time before we are able to tell if we?ve saved her sight.’

He added she may have another ten years of life if things go well.

It?s not the first time Duchess has had groundbreaking surgery. She was the first elephant to have an eye removed last year because of glaucoma. 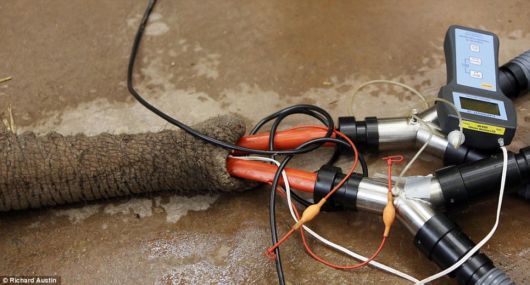 Because of the cataract in her left eye she was to all intents and purposes blind although she can probably still tell the difference between light and dark.

Zoo staff have been caring for Duchess?s eyesight for some time and she has been trained to accept eye-drops and other medication.

She has been on her own since her long-time companion, Gay, a female Asian elephant, was euthanised in March 2010 due to ill health.

Mr Bemment said: ‘In spite of this, she seems to still be in good spirits and as keen on her food as always.

‘She receives a lot of attention from her keepers.

‘Duchess?s welfare and quality of life are our primary concern.

‘Elephants have an acute sense of smell and terrific hearing, so she is well aware of things happening around her even if she cannot actually see them.’ 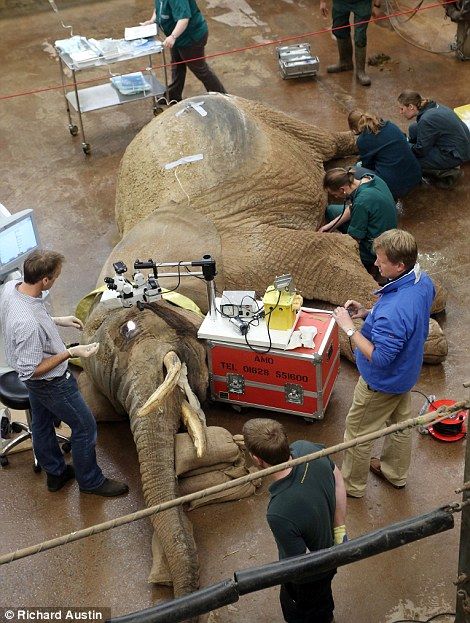 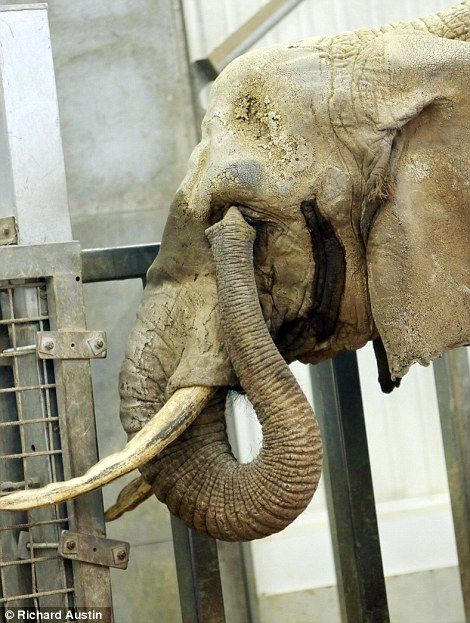 Duchess was clearly in pain before the operation, but should be on her way to recovery soon. She could be seen giving the eye a tender rub with her trunk after the op