This incredible set of photographs reveal capture some of the sea’s inhabitants in a way you have never seen before.

The stunning pictures, taken off the coast of Hawaii, were taken in the dead of night with a special flash to give a wonderful display of colours.

Among the ‘colour x-ray’ style images are pictures of rare squids, jellyfish and shrimp. 0Measuring just a few centimetres in length they can be found living off the coast of Kailua-Kona. 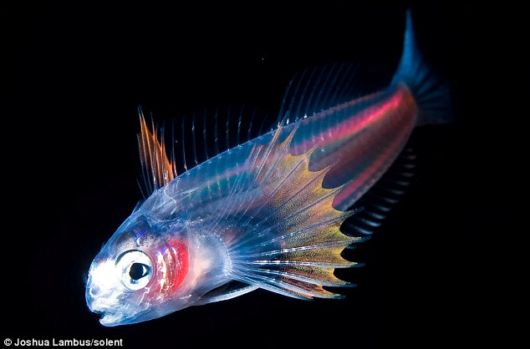 These stunning photographs were taken at depths of more than 7,000 ft 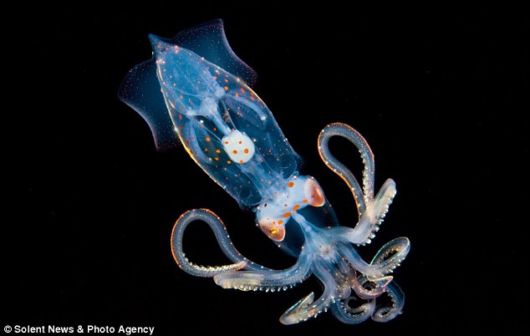 Fine art photographer Joshua Lambus took the picture and believes he has been on more than 400 ‘blackwater’ dives.

The 25-year-old had the idea after becoming frustrated with running charters for divers who just wanted to see turtles, dolphins and whales.

To get the unique images, Joshua waits until nightfall to head out about three miles on a boat. He then cuts the engine and dives into the water.

The captain kills the lights so Joshua can pick out the plankton more easily. In pure darkness he waits for something to drift by and takes its photograph.

He said: ‘This is a unique dive and because we live on a mountain with such a steep underwater drop off we are able to reach relatively deep water very quickly.

‘I had the idea because as a dive organiser I used to get requests from people who wanted to go out to see turtles, dolphins and whales.

‘I like those animals, but they have an obvious beauty, I think it’s more rare an instance to notice the pattern on a spider’s back, or the texture of a lizard’s scales. 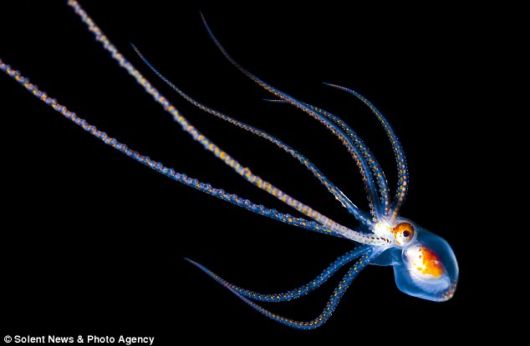 The captain kills the lights so Joshua can pick out the plankton more easily. In pure darkness he waits for something to drift by and takes its photograph. 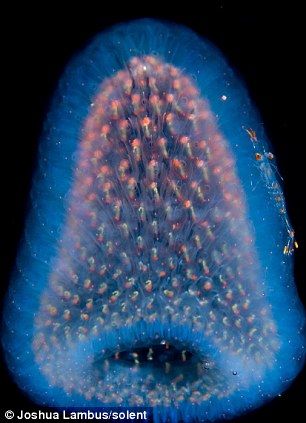 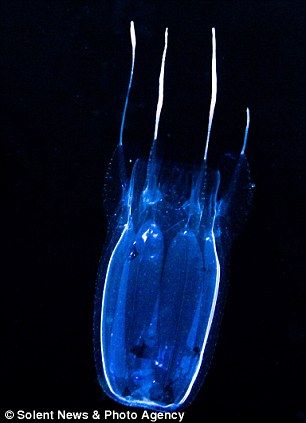 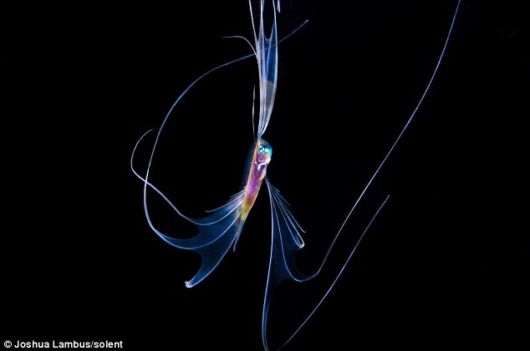 The photographs are taken out of the Honokohau Harbour in Hawaii

‘Modern cameras have a hard time picking up light that dim so we use powerful waterproof strobes to illuminate the creatures for a fraction of second.

‘The colours they produce are the naturally reflected colours of their pigmentation.’ 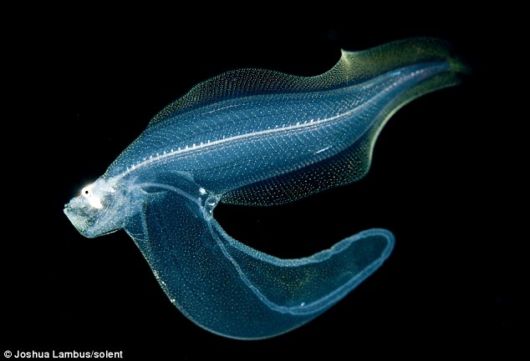 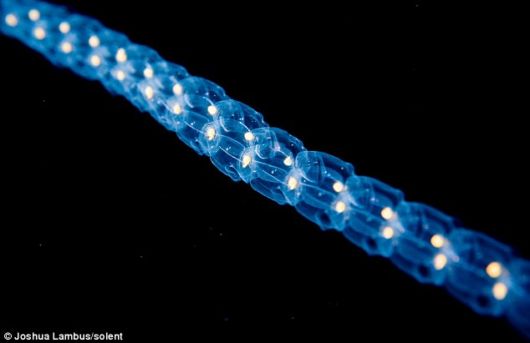 Joshua became a minor celebrity after he photographed a tiny octopus, called a tremoctopus – only the second time the animal had been captured on camera.

On one occasion during a dive he chased off a killer white tip shark that was swimming towards a female colleague. 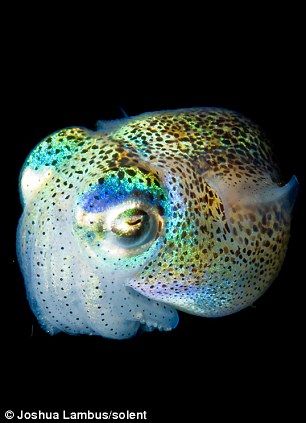