If you have a cat you should keep vigilant, we now have photographic proof that cats are up to something. The two photos, showing three cats lined up by a wall all on their back legs emerged after Japanese Twitter user steak600g spotted the suspicious trio and tweeted a photo of them.

Not only is their motive unclear the way in which they reacted to being photographed is the truly scary part as all three of them turn towards the camera in exactly the same way. Who knows what’s going on, perhaps they are evolving? one thing we can be certain of though is that it’s ridiculously cute.

Nobody will ever know what the three of them are doing? 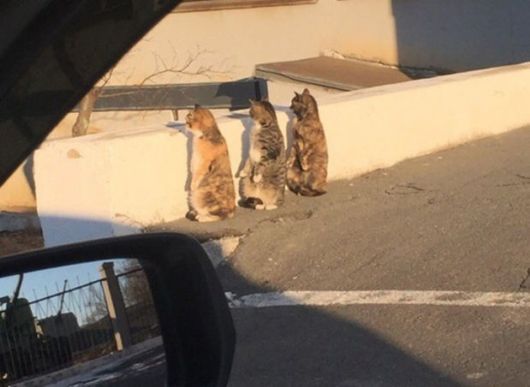 But something tells us they’re up to no good. 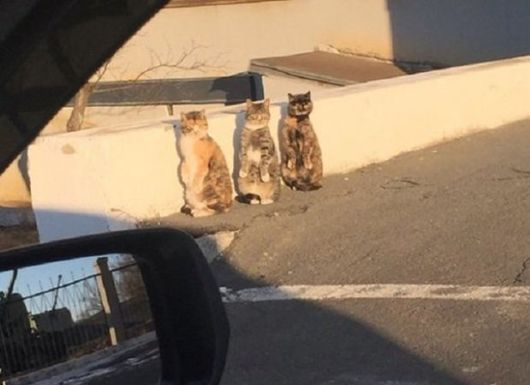