Debby Cantlon, who plans to release Finnegan, the young squirrel, back into the wild, bottle-fed the infant squirrel after it was brought to her house. 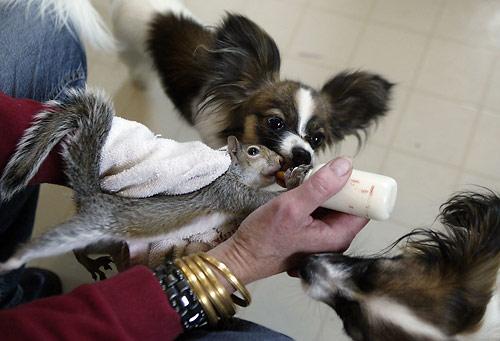 When Cantlon took in the tiny creature and began caring for him, she found herself with an unlikely nurse’s aide: her pregnant Papillion, Mademoiselle Giselle. 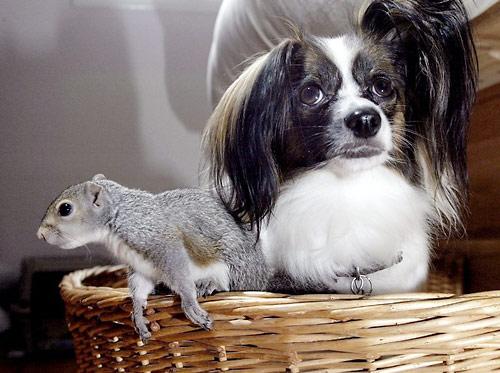 Finnegan was resting in a nest in a cage just days before Giselle was due to deliver her puppies.

Cantlon and her husband watched as the dog dragged the squirrel’s cage twice to her own bedside before she gave birth. 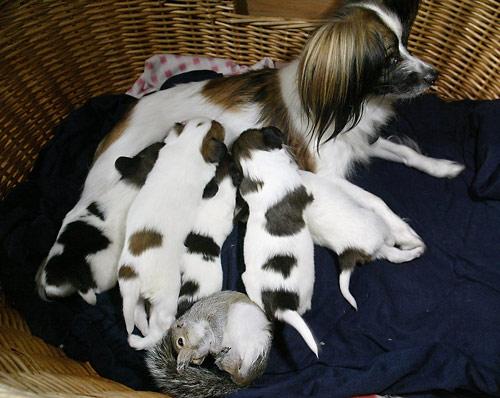 Cantlon was concerned, yet ultimately decided to allow the squirrel out and the inter-species bonding began. 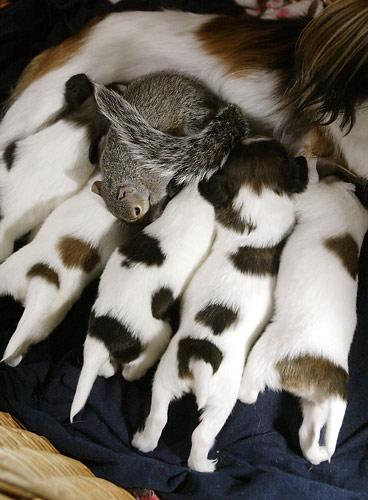 Finnegan rides a puppy mosh pit of sorts, burrowing in for warmth after feeding, and eventually working his way beneath his new litter mate s. 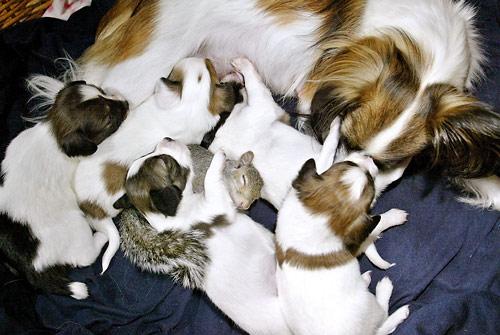 Two days after giving birth, mama dog Giselle allowed Finnegan to nurse; family photos and a videotape show her encouraging him to suckle alongside her litter of five pups. 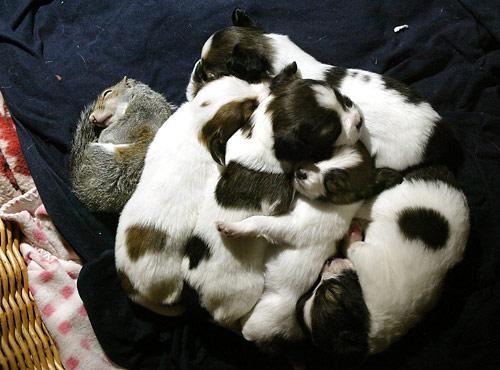 Now, Finnegan mostly uses a bottle, but still snuggles with his "siblings" in a mosh pit of puppies, rolling atop their bodies and sinking in deeply for a nap. 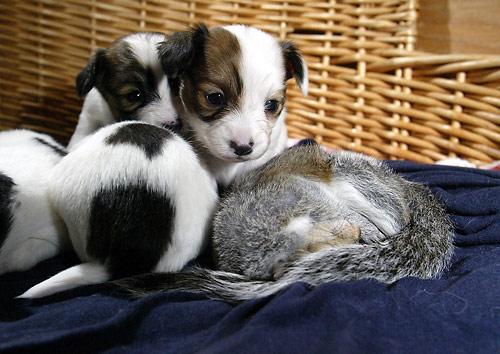 Finnegan and his new litter mates, five Papillion puppies, get along together as if they were meant to. 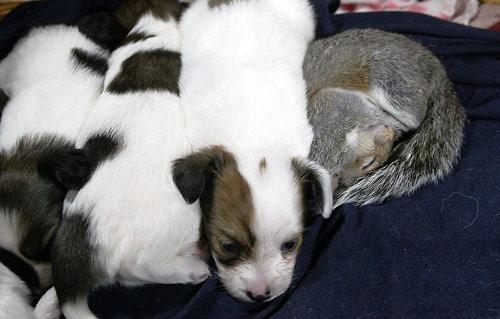 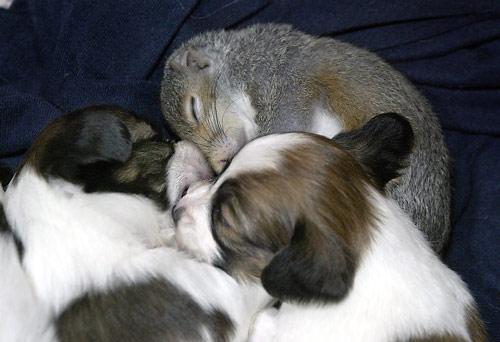 Finnegan makes himself at home with his new litter mates, nuzzling nose-to-nose for a nap after feeding.