The Silkie sometimes alternatively spelled Silky, this breed of chicken named for its atypically fluffy plumage, which is said to touch like silk. The breed has several other unusual qualities, such as black skin and bones, blue earlobes. The five toes on each foot, whereas most chickens only have four. They are often exhibited in poultry shows, and appear in various colors. Beyond all these hysical characteristics, Silkies are well known for their calm, friendly temperament. Among the most reverent of poultry, Silkies are considered an ideal pet. Hens are also exceptionally broody, and make good mothers. Though they are fair layers themselves, laying about three eggs a week, they are commonly used to hatch eggs from other breeds and bird species, and are even known to adopt baby ducks if given the chance! 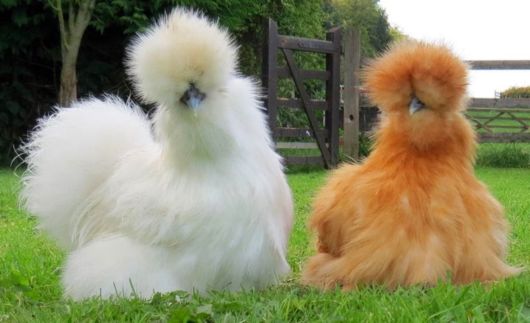 It is difficult to know exactly where or when fowl with their singular combination of attributes first appeared, but the most well documented point of origin is ancient China. But chinese occasionally encountered name for the bird, Chinese silk chicken. Other places in Southeast Asia have been named as possibilities, such as India and Java. The earliest surviving written account of Silkies comes from Marco Polo, who wrote of a furry chicken in the 13th century, during his travels in Asia. In 1598, Ulisse Aldrovandi, a writer and naturalist at the University of Bologna, Italy, published a comprehensive treatise on chickens which is still read and admired today. In it, he spoke on "wool-bearing chickens" and ones "clothed with hair like that of a black cat".. 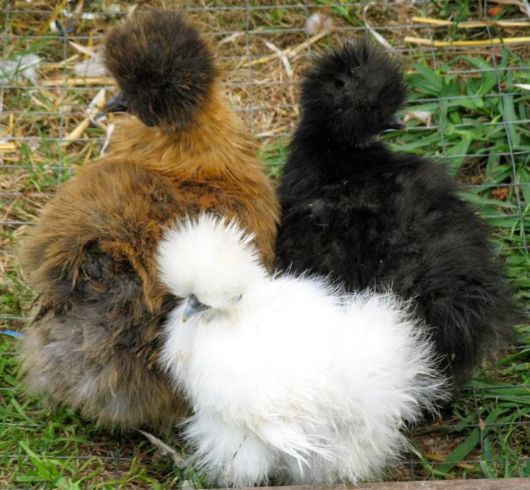 Silkies most likely made their way to the West via the Silk Route and maritime trade. The breed was recognized officially in North America with acceptance into the Standard of Perfection in 1874. Once Silkies became more common in the West, many myths were perpetuated about them. Early Dutch breeders told buyers they were the offspring of chickens and rabbits, while sideshows promoted them as having actual mammalian fur. In the 21st century, Silkies are one of the most popular and ubiquitous ornamental breeds of chicken. They are often kept as ornamental fowl or pet chickens by backyard keepers, and are also commonly used to incubate and raise the offspring of other chickens and waterfowl like ducks and geese and game birds such as quail and pheasants. 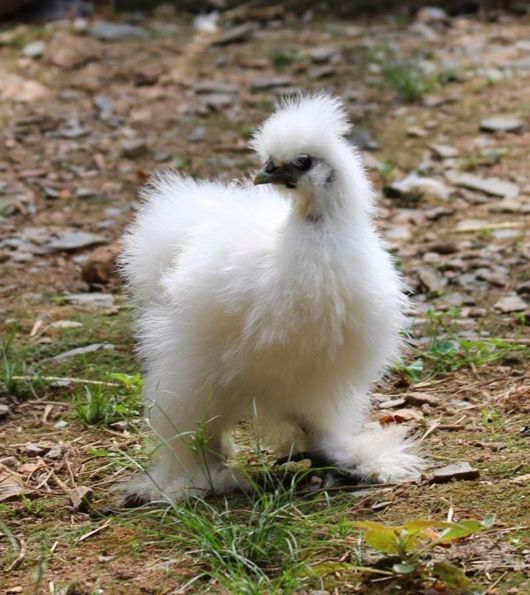 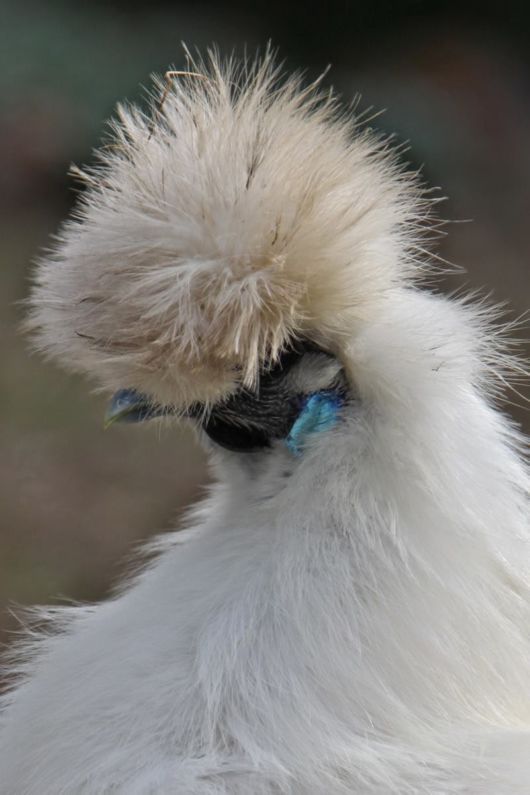 With fluffy feet and tiny beak the Silkie Bantam could be mistaken for being the more timid of the bunch, however the males will defend their territory with a fierce determination that can only be described as admirable. 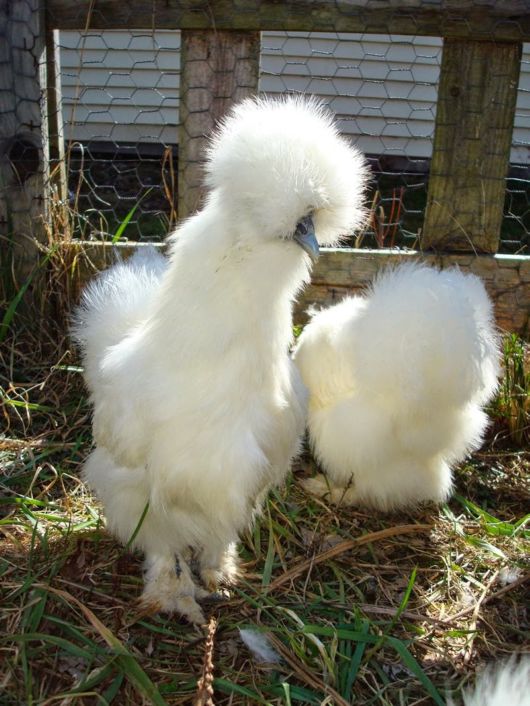 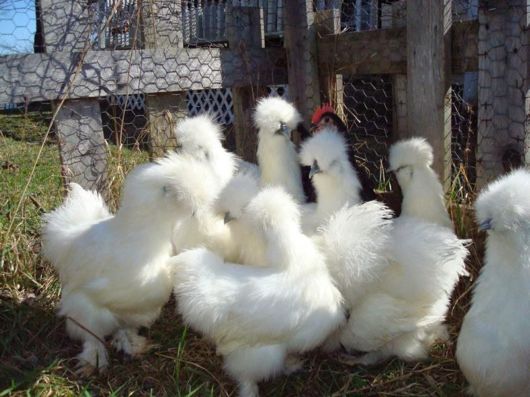 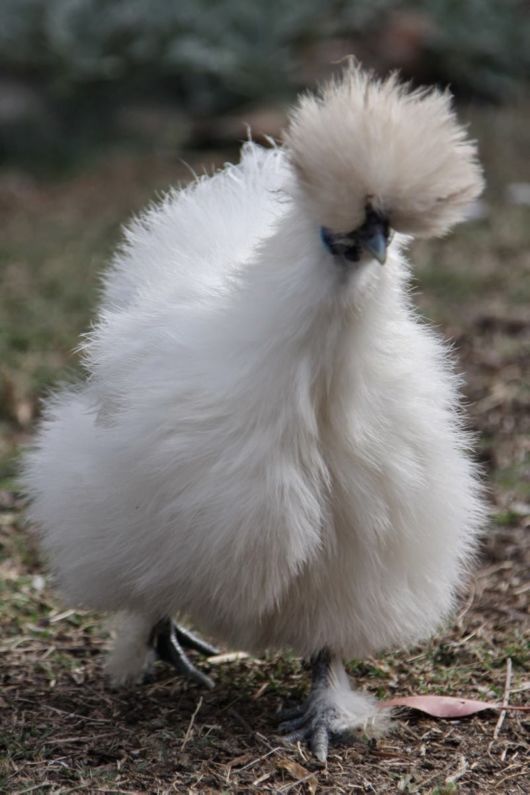 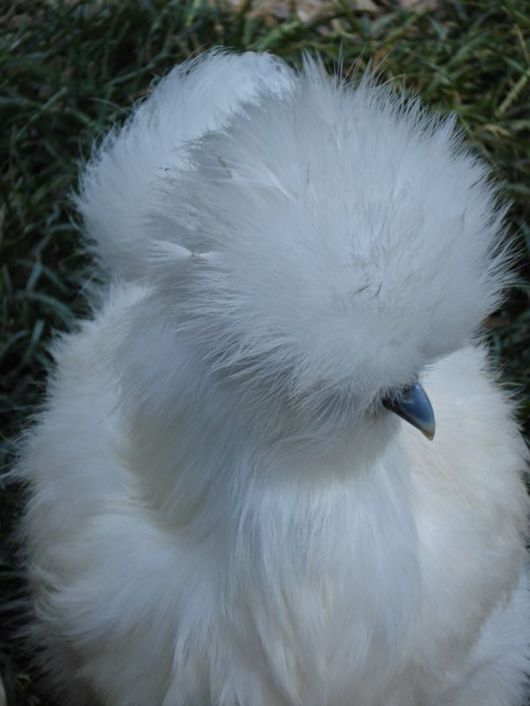 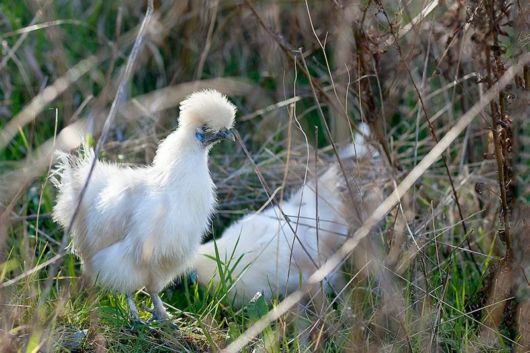 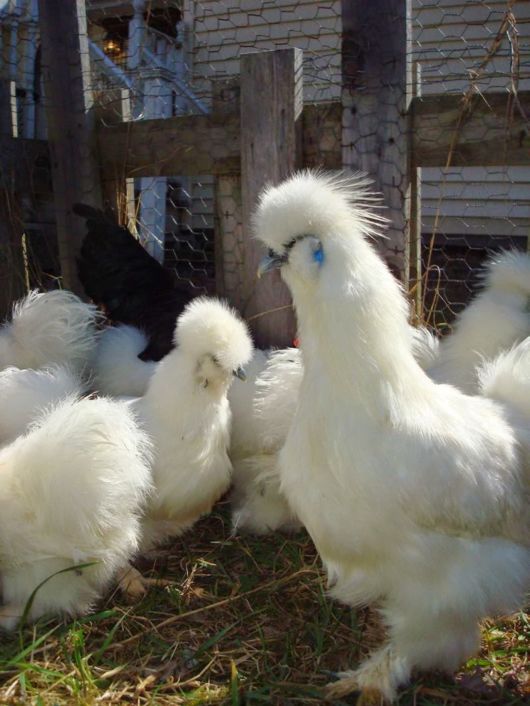 Proud family men, the cocks of the Silkie breed will not only protect their own chicks but any that show vulnerability. The mothers too have a wonderful maternal instinct and will sit tight upon a brood of eggs and care for her chicks until they are ready to go it alone. 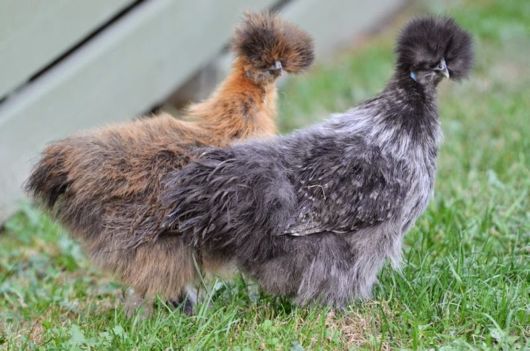 There are a lot of different types of Silkies and breeders are creating more every year however the most popular kinds are: Black, White or Blue (The blue emits a shimmer n the sunlight) Bearded and Non bearded (These have a tuft under the chin and can be quite comical) Grey Partridge Quite simply there?s a Silkie Bantam for everyone!