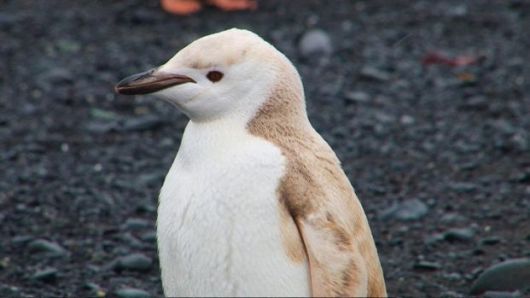 You might imagine that spotting this beautiful blonde bird amongst a flock of black penguins wouldn’t exactly be hard, but that didn’t make the sighting any less astonishing for Tourists onboard the National Geographic Journey to Antarctica cruise. Penguins with this colouring are rarely ever spotted in the wild.

In this instance the bird is a chinstrap penguin, a member of a species that can normally be found off the shores of the Southern Pacific and Antarctic Ocean. This golden looking bird was spotted chilling and relaxing near the South Shetland Islands and more than likely suffers from a genetic mutation that reduces production of pigmentation in an animal’s skin.

The condition in birds is known specifically as isabellinisim and is caused by limited amounts of melanin in the birds plumage and feathers. The condition won’t affect the penguins health, however it does mean it’s less camouflaged than the rest of the colony who rely on their black and white markings to hide from predators. Although the odds are stacked against him, providing he doesn’t do too much relaxing on the beach and keeps his guard up this amazing looking penguin will continue to amaze onlookers with its unique appearance. 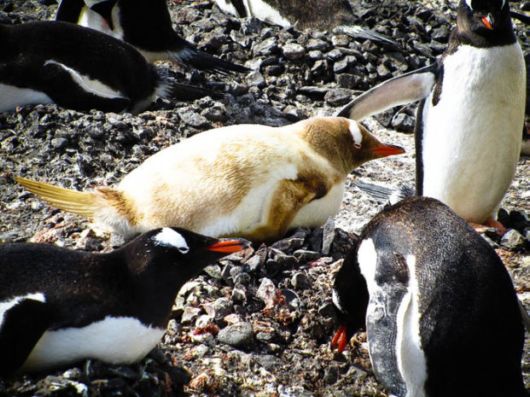 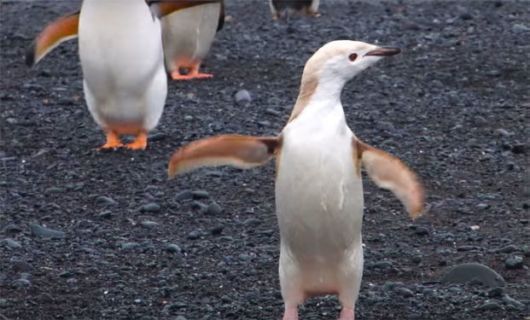 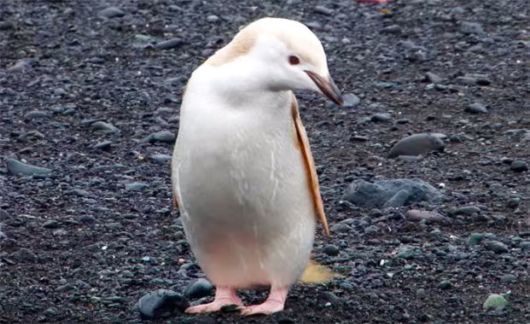 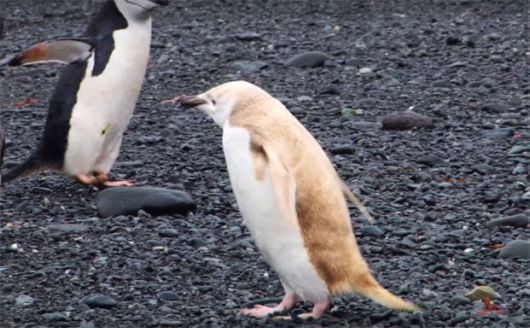