The Tarsius is a genus of tarsiers, small primates native to islands of Southeast Asia. One look at its innocent, big eyes of this tiniest of primates is enough to melt me. These are precious creatures and we should make sure nothing happens to them. 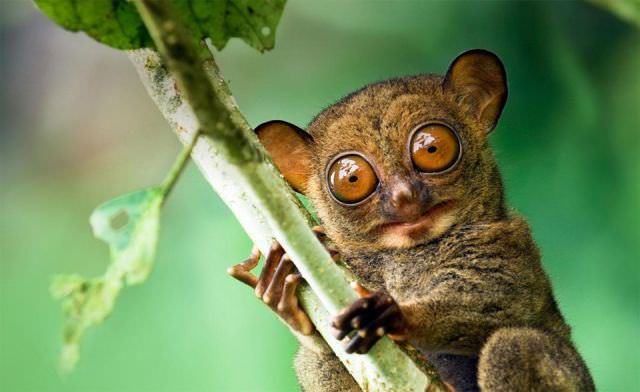 Tarsiers are small animals with enormous eyes; each eyeball is approximately 16 mm in diameter and is as large as its entire brain. The unique cranial anatomy of the tarsier results from the need to balance their large eyes and heavy head so they are able to wait silently for nutritious prey. 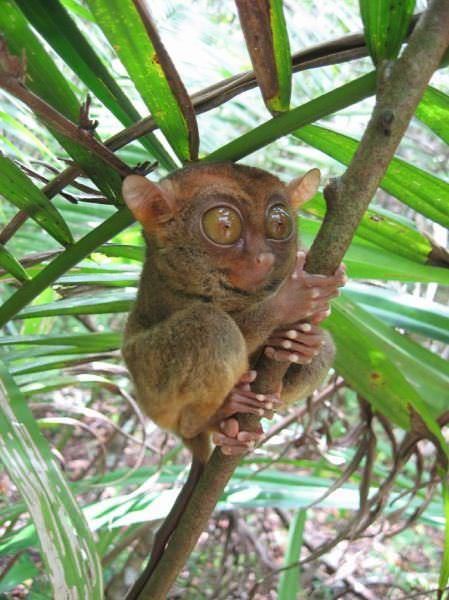 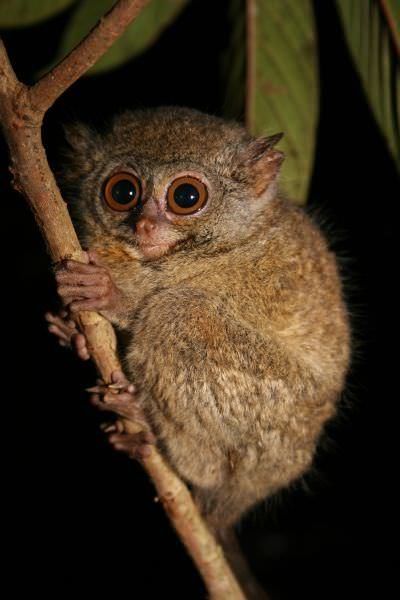 Tarsiers have an incredibly strong auditory sense because their auditory cortex is very distinct. Tarsiers also have very long hind limbs, due mostly to the extremely elongated tarsus bones of the feet, from which the animals get their name. 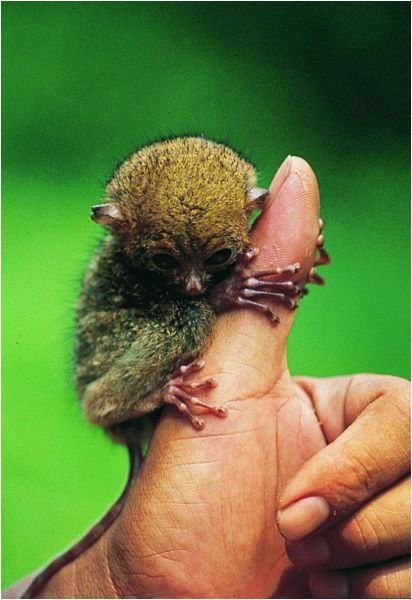 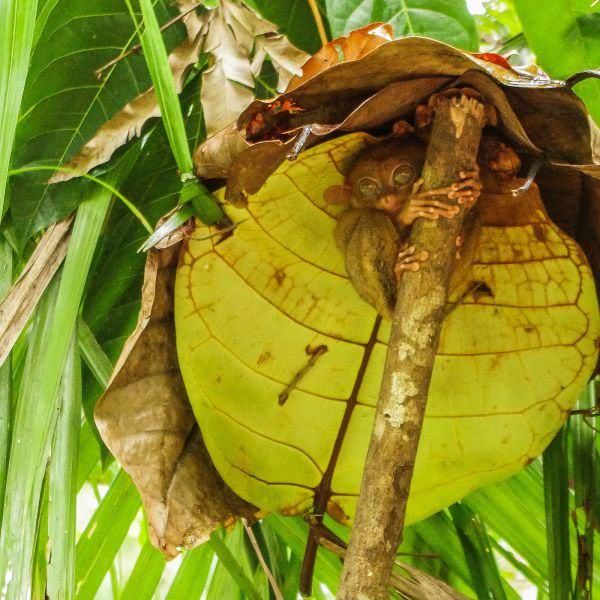 The combination of their elongated tarsi and fused tibiofibulae makes them especially adapted for vertical clinging and leaping. 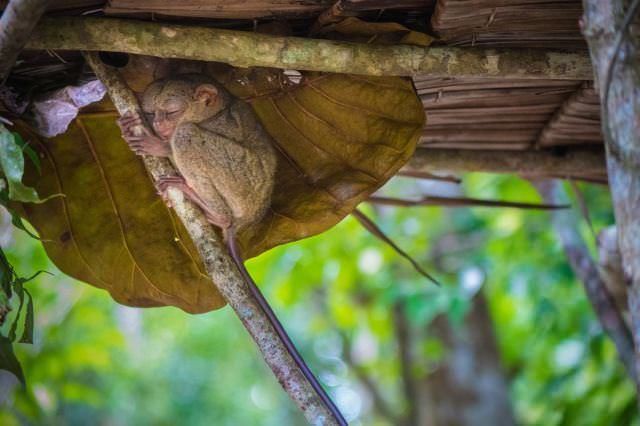 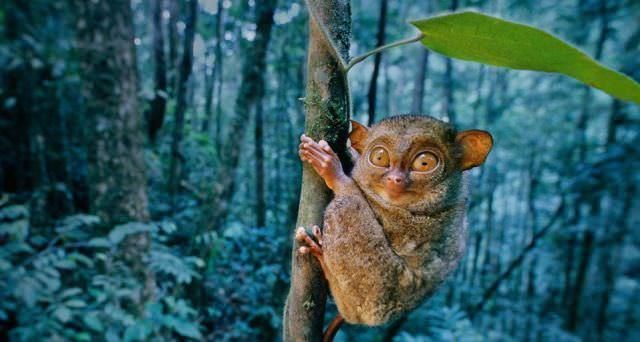 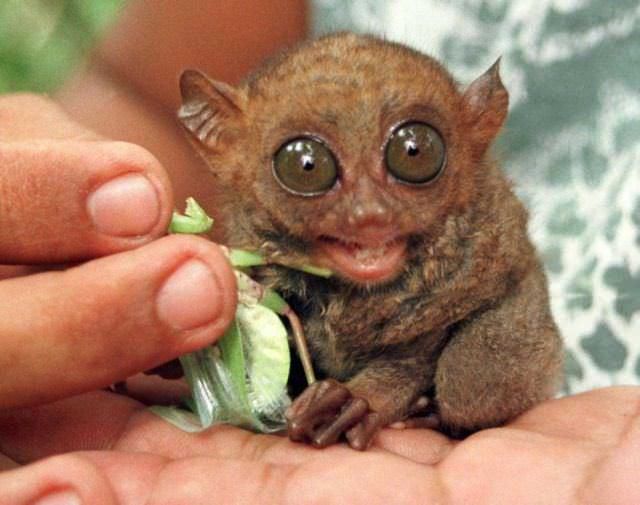 As far as their diet goes, they are insectivorous, meaning they mainly feed of insects, and catch them by jumping at them. However, they’ve also been known to prey on birds, snakes, lizards and bats. 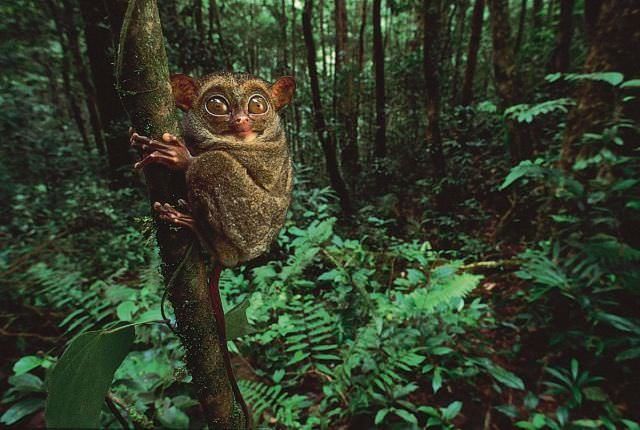 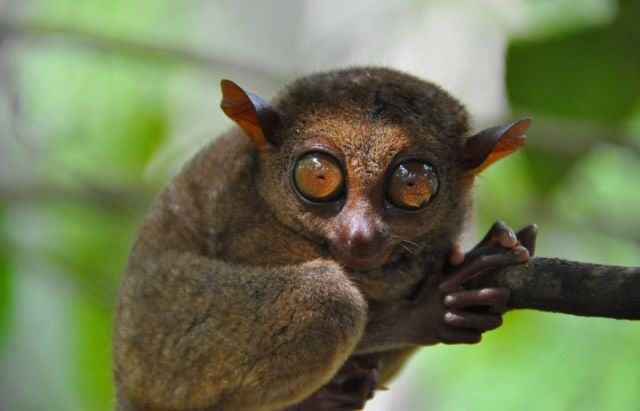 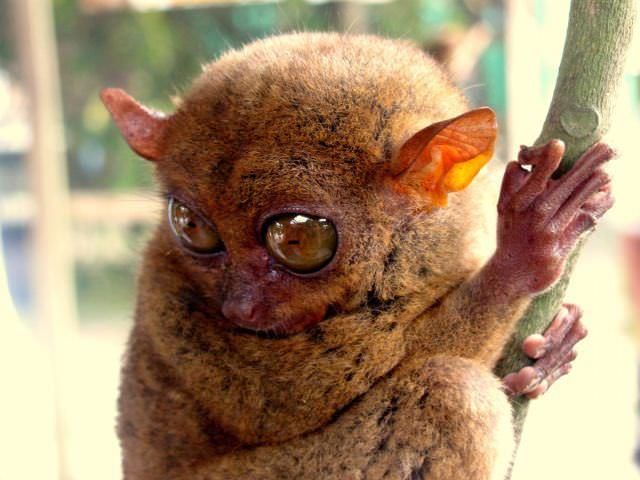 The head and body range from 10 to 15 cm in length, but the hind limbs are about twice this long (including the feet), and they also have a slender tail from 20 to 25 cm long. Their fingers are also elongated, with the third finger being about the same length as the upper arm. Most of the digits have nails, but the second and third toes of the hind feet bear claws instead, which are used for grooming. 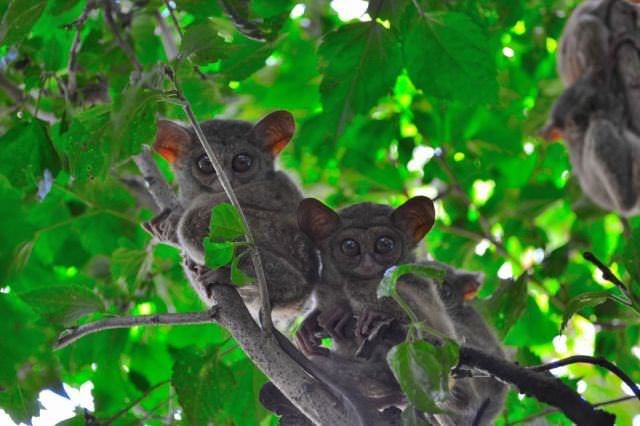 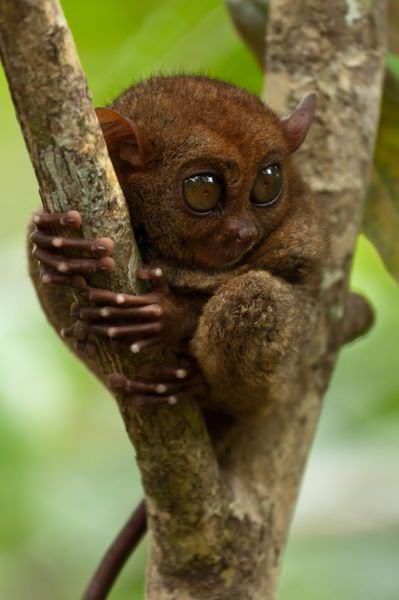 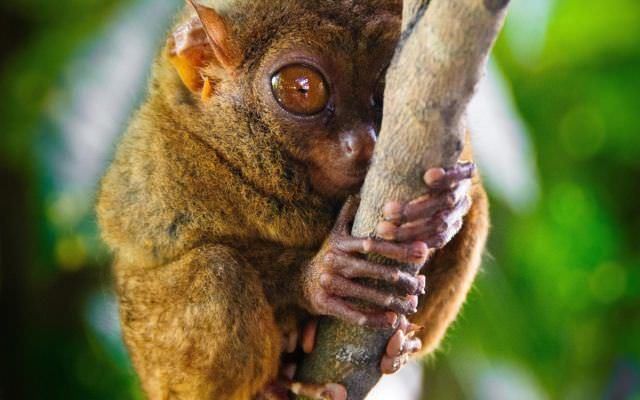 Tarsiers have very soft, velvety fur, which is generally buff, beige, or ochre in color. 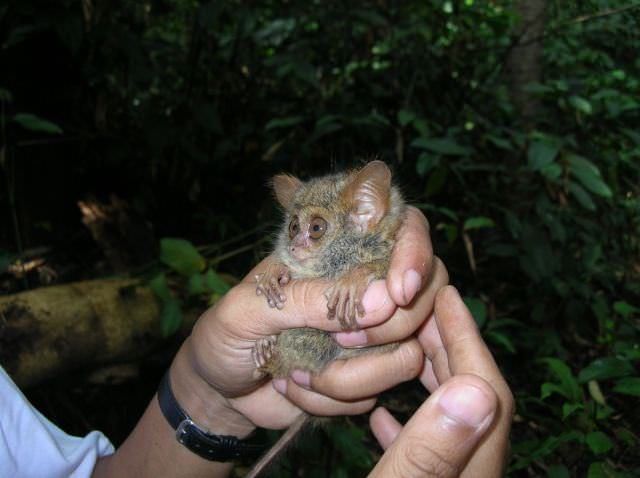 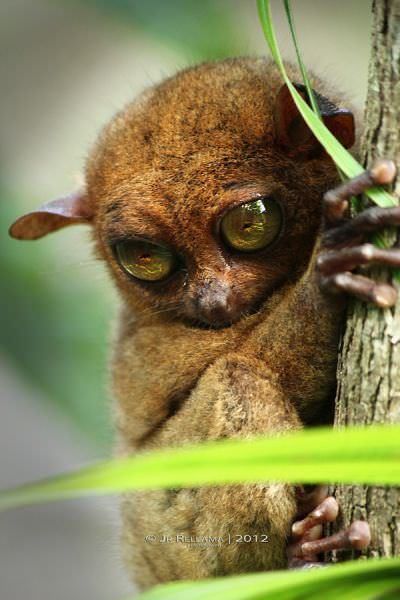 Being as their pregnancy stage takes about six motnhs, producing only a single offspring, this species can easily be eradicated if we are not careful. 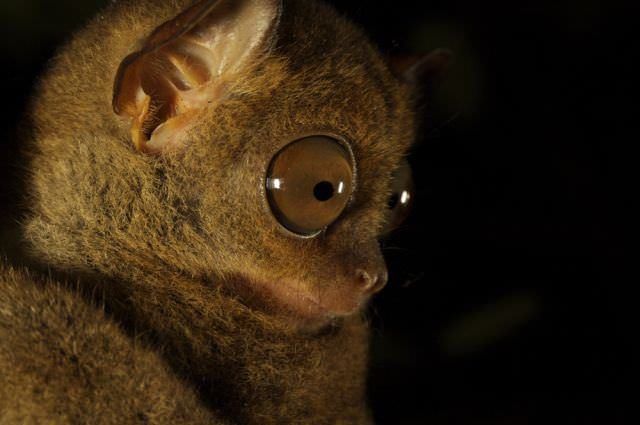 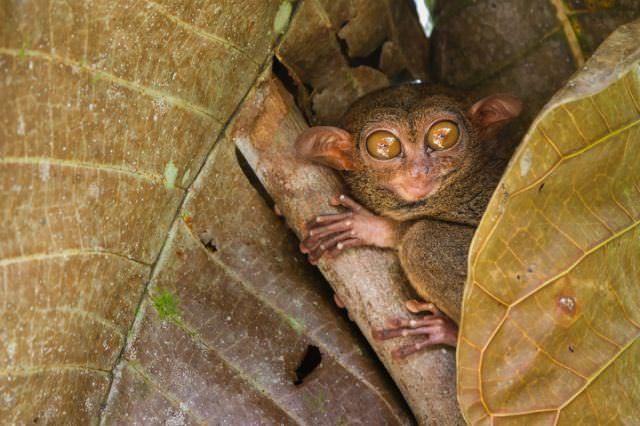 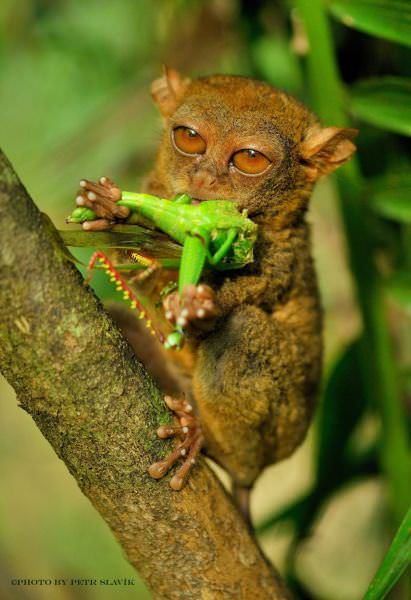 This primate is both delicate and slow to repopulate, and so on the Philippine island of Bohol there is a sanctuary for the tarsier population, making sure we never lose this little guy. 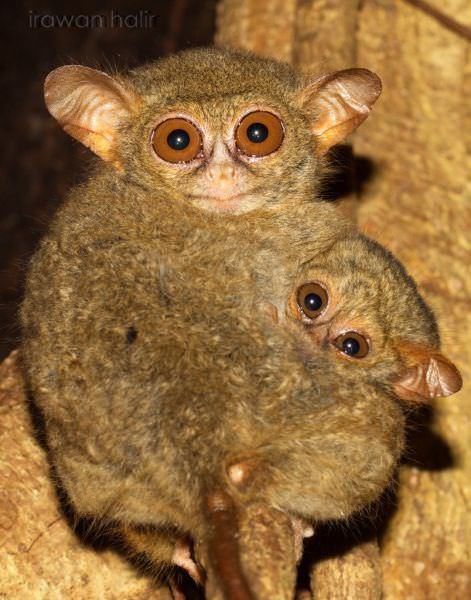