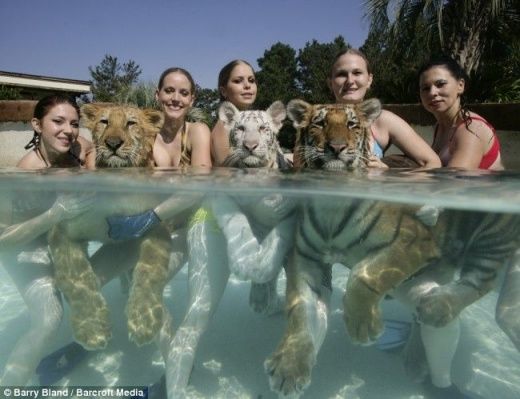 Tigers are known as the best swimmers of all the big cats with modified webbing between their toes to make their feet more like flippers. But The Institute of Greatly Endangered and Rare Species, or Tigers, near Miami, Claims to have overcome the problem by encouraging both tigers and humans to swim together in a specially adapted pool. Traditionally, trainers have struggled to build an attachment with the largest of the big cats. Despite the apparent danger, the trainers are never at risk. They’ve found that in the water people and tigers are on a more equal footing. The hand-reared tigers are introduced to the water a few months after birth and the trainers then give one-on-one tuition to each of the animals while they are in the water.

T.I.G.E.R.S – The Institute of Greatly Endangered and Rare Species, is an animal center in in Myrtle Beach, South Carolina, that features exotic animal performances in an open environment. It?s half open zoo, half circus, and has a focus on animal conservation. The animal actors and trainers from T.I.G.E.R.S have appeared on the Discovery Channel, Animal Planet and The Tonight Show.

‘Tigers have a natural desire and ability to swim,’ said Dr Bhagavan Antle, who set up the tiger pool at his animal park in South Carolina. Check out 10 more pics of Animal trainers in Bikinis swim with Tigers after the jump. 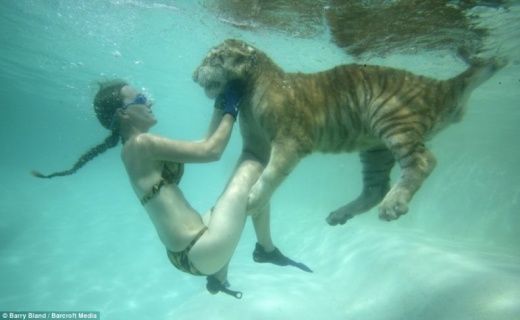 ‘It is rarely seen and we wanted to be able to present it to people so they could really
get the feel of that incredible beauty and grace that a tiger has in the water.

‘Tigers have modified webbing between their toes that makes their feet like flippers and they are superior swimmers. 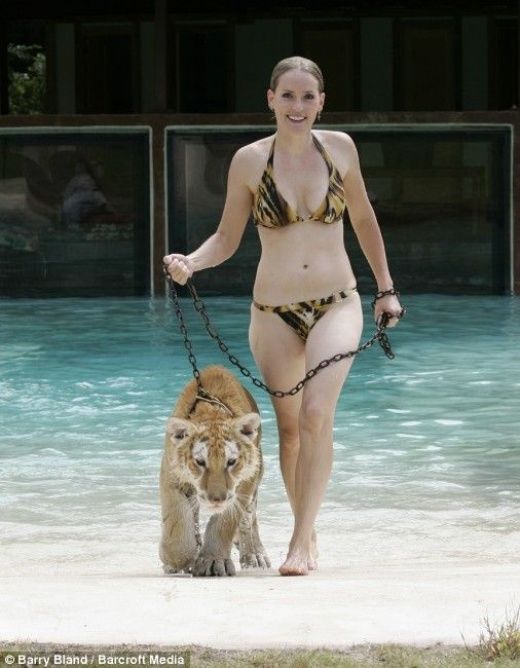 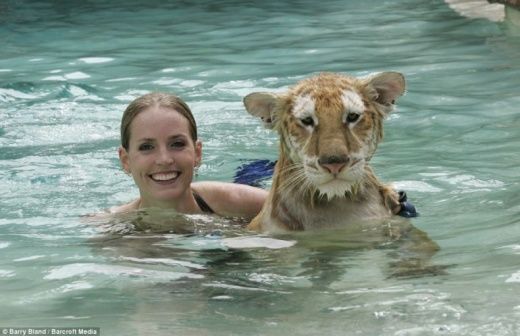 ‘There are other pictures out there of tigers underwater but people have never been able to get this close to a tiger because it is so dangerous,’ said Dr Antle.

‘These are the only shots I have ever seen where people are swimming with tigers like this.’ Dr Antle has a 25-year career caring for threatened species and has about 200 animals in large enclosures at the TIGERS park. He said: ‘I started swimming with tigers about 25 years ago. 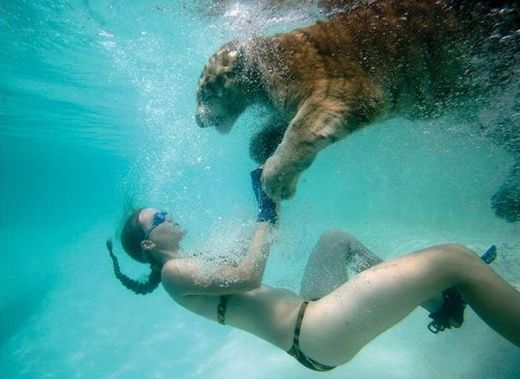 We found that in the water people and tigers were on a more equal footing when the tiger was swimming around on the top.

‘As they were floating around we could manipulate them more easily because they don’t stand up on their back legs.

‘When they are younger they love taking baths and then we slowly introduce them to the pool.’

Dr Antle and his animal-trainers give one-on-one tuition to each of the animals while they are in the water.

‘These are hand-raised tigers,’ he said. 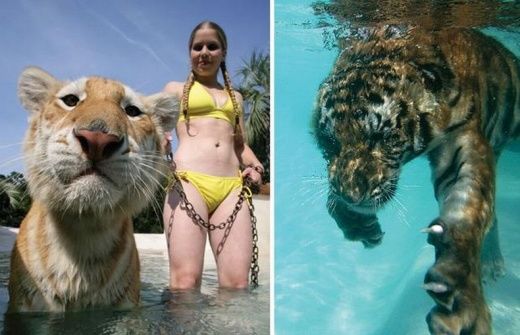 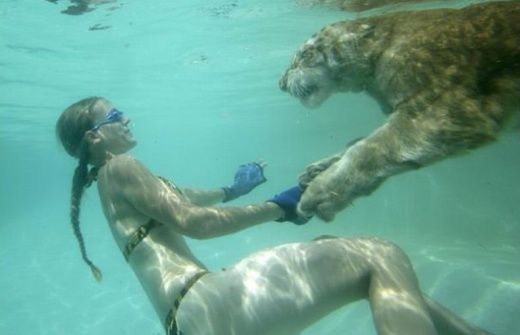 ‘At the institute we feel that swimming with the big cats gives them a closer bond between the animal and their human companions. 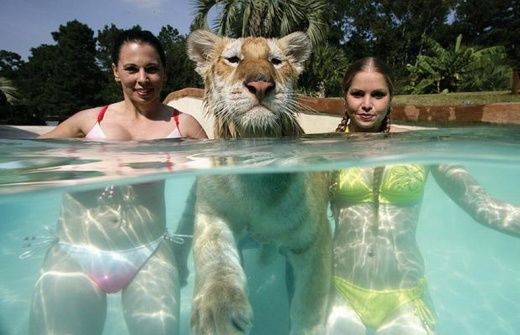 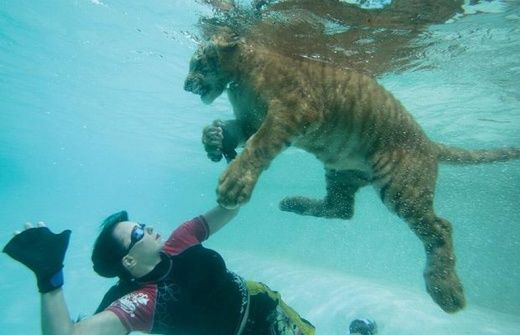 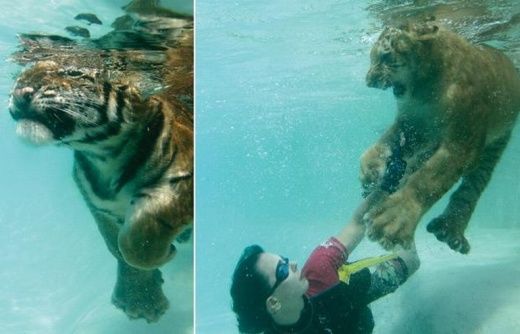 ‘We will allow the tigers to swim with the handlers as they mature but we have to monitor each one on its own merits.’

Many of the animals are also trained actors and have appeared in advertisements and films including Forrest Gump and Ace Ventura. 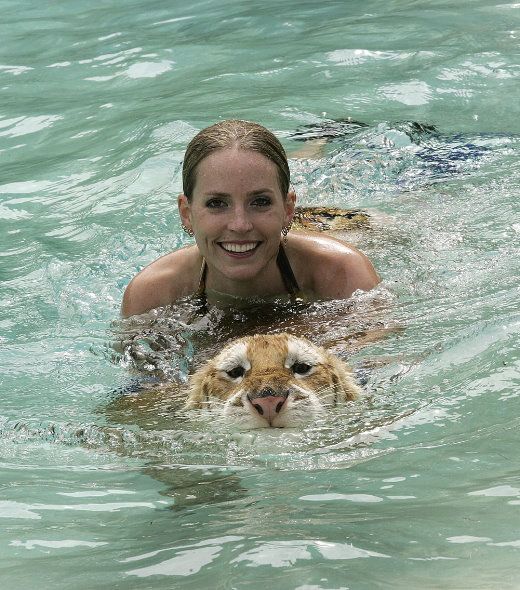