While most cats are renowned for having nine lives, these moggies are clearly living on a wing and a prayer.

The cute little devils began sprouting bumps on their backs, which later turned into wing-like growths, during a recent spell of hot weather in China’s Sichuan province. 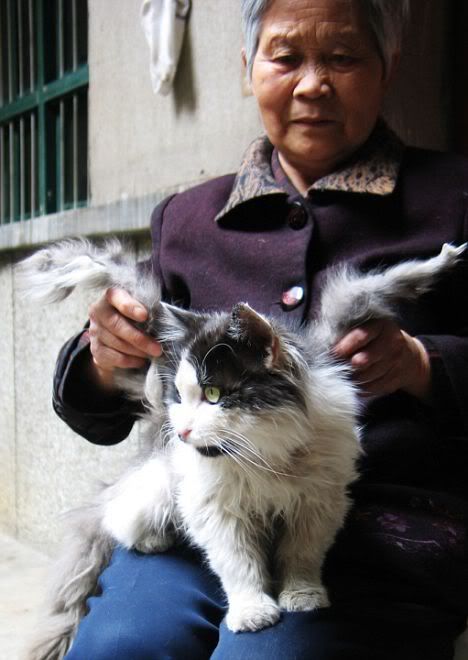 One cat owner, known only as Feng, claims her cat’s wings are a result of stress after he was ‘harassed’ by females looking to mate.

‘At first, they were just two bumps, but they started to grow quickly, and after a month there were two wings,’ she told Huashang News.

‘Many female cats in heat came to harass him, and then the wings started to grow.’ 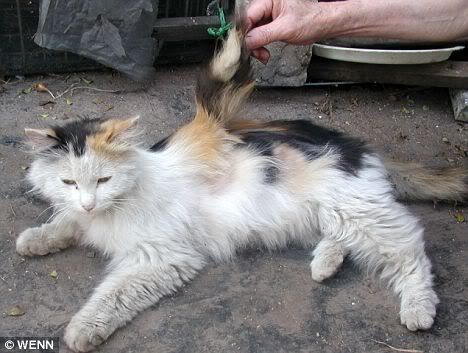 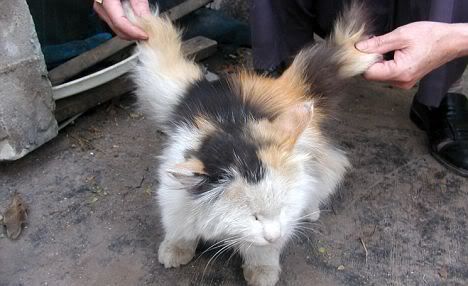 The harmless growths appeared during a recent spell of hot weather

And while she says her lovable Tom is no devil, his wings, which contain bones, make him look more like a ‘cat angel’.