Here is an unusual list of the Fastest Animals and there won?t be a cheetah in sight! In order to survive, an organism is likely to have at least one skill that it can perform better than any other creature, or will become perfectly suited to a particular way of life. With this in mind, we?ll take a look at some animals whose ability to use unusual parts of their body with great speed gives them an edge. Think of it as a mostly alternative list of the fastest animals. 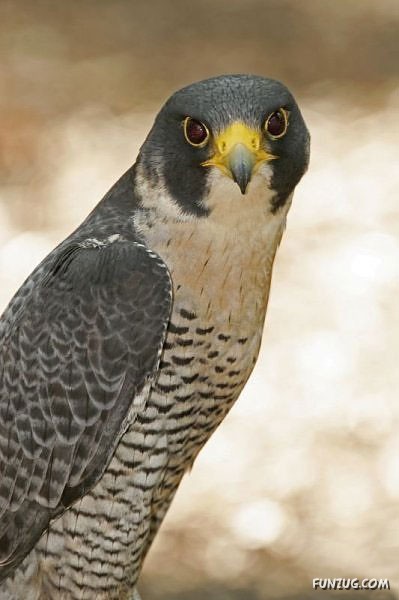 Found worldwide, peregrine falcons are efficient hunting machines, and among the fastest creatures on Earth. They can reach speeds of 200 miles per hour when on the trail of another bird ? and they?re large enough to prey on rooks, magpies, hooded crows and jackdaws. 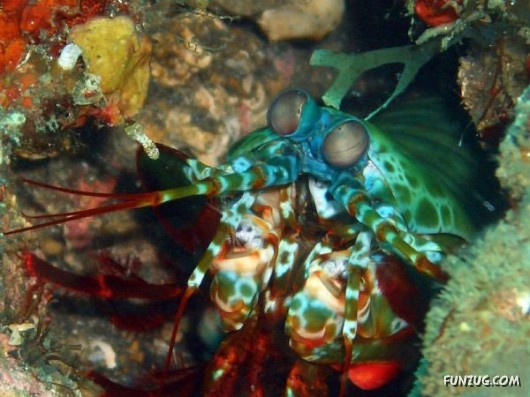 This colourful crustacean possesses an extremely specialised pair of front limbs known as ?raptorial claws?. Though they?re designed for catching prey, they can move with such a devastatingly quick ?punch? that they have been known to shatter glass aquariums. 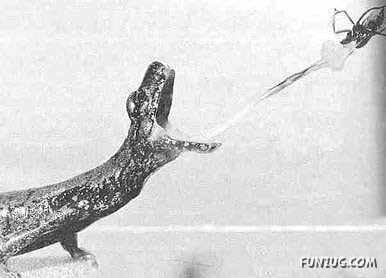 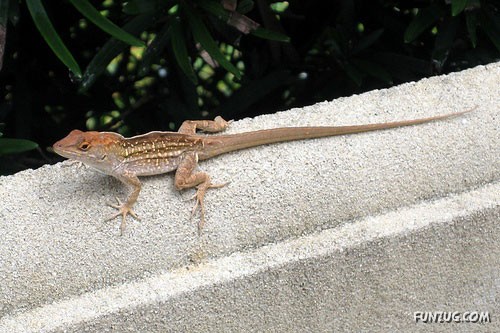 This Central American amphibian can produce the most powerful burst of muscular power known in the animal kingdom ? using its tongue. The giant palm salamander releases over 18,000 watts of power per kilogram of muscle as it flicks its tongue at incredible speed to catch fast-moving insects. Some species possess tongues that are as much as 80% of the animal?s entire body length. 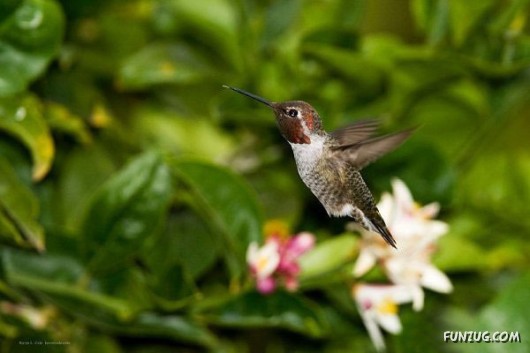 Like most hummingbirds, Anna?s hummingbirds flap their wings at an incredible 50 times a second. This is quick enough that the human eye cannot perceive the individual beats. This is made possible because of their small body size, fast heart rate and high body temperature. But the downside to this specialised lifestyle is that they must consequently feed once every ten minutes or so throughout the day. 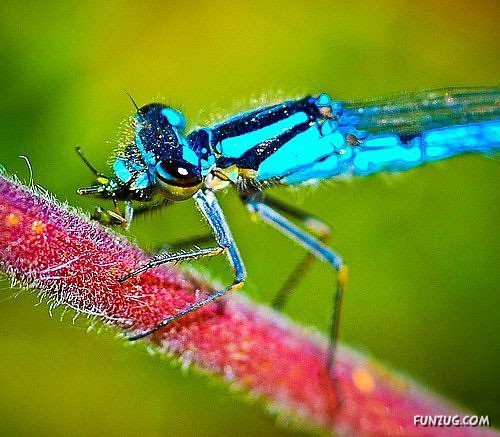 Dragonflies are among the fastest insects known, with the common green Darner dragonfly clocking in at an astonishing 100 kilometres per hour. Even more common members of the order Odonata, the most ancient group of flying insects, tend to reach speeds of about 50 kilometres per hour. All four of their wings can move semi-independently, allowing them levels of agility unknown to other insects ? they can reverse, hover in place or change direction in midair. This suits their natural history, as their niche is that of an extremely specialised predator. 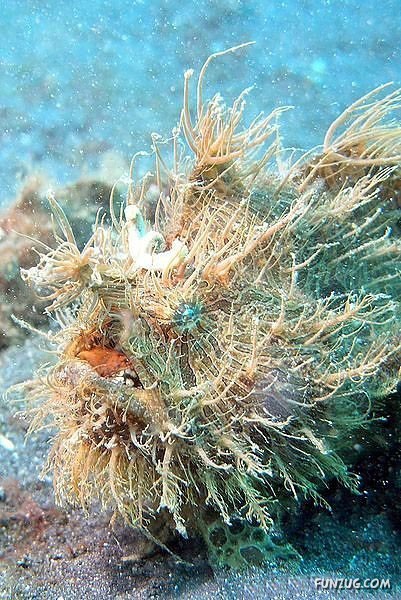 Nature buffs are probably familiar with certain members of the order Lophiiformes ? they?re the famous anglerfish. But the frogfish is an even more bizarre member of this distinguished family. Covered in vegetation-like ?spinules?, the frogfish is designed not to blend in with the background to escape detection, but to actively resemble the food of potential prey. When smaller fish approach to take a bite, they instead become swallowed up by the frogfish in a movement so quick that it often cannot be seen by human eyes. The frogfish moves its jaws with such swiftness that suction pressure is created, pulling water and prey into the gaping maw. 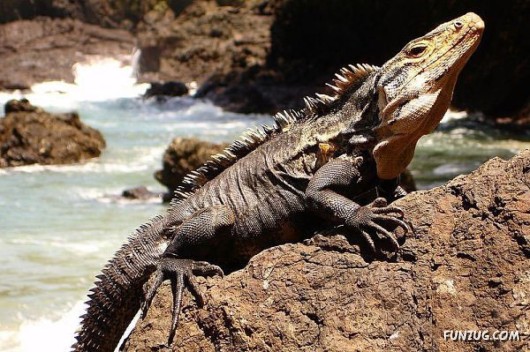 Though ?cold-blooded? creatures such as lizards aren?t famous for their speed, the spiny-tailed iguana of Central America can reach over twenty miles per hour ? a record for reptiles. Their active nature extends to their temperament, as they are notoriously aggressive towards humans. This relationship extends both ways, however, as the iguanas are heavily hunted as a source of food throughout their home ranges, though they are not yet thought to be endangered.