The fate of birds, organized the nest on the railroad tracks, just a couple of inches from the rail near the train station near the town of Mallaig Lohaber (Scotland) has recently excited many. 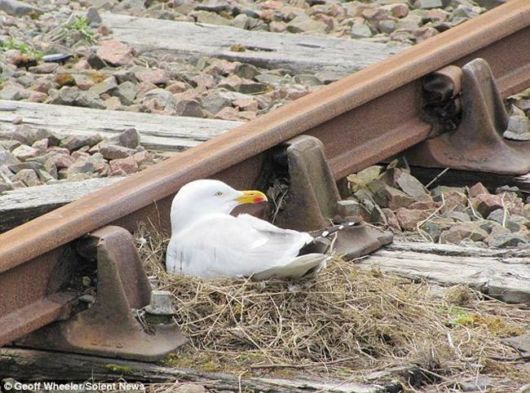 The first brave seagull, which seemed not at all worried about the noise either by passing the composition nor the movement of cars close to the nest, the passengers noticed the trains. Seagull with a cool kind of sitting on the eggs laid in the nest, in any case, not even trying to move away. 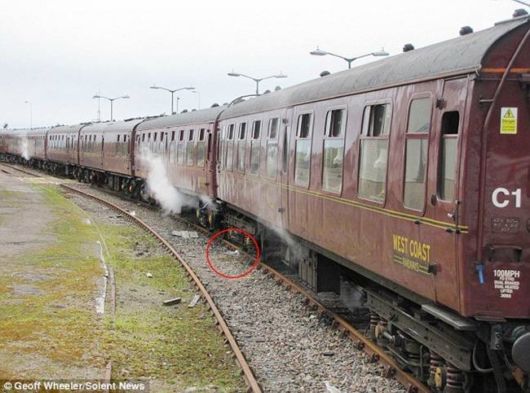 69-year-old retiree, Jeff Wheeler (Geoff Wheeler) was one of those who managed to take a photo of a bird.

-It was just incredible, ‘he told reporters – I’ve never seen anything like it. The train was racing very close to her, but she did not move! Most likely the bird made ??a nest when the branch was being renovated. As it has only recently begun to again let the train. 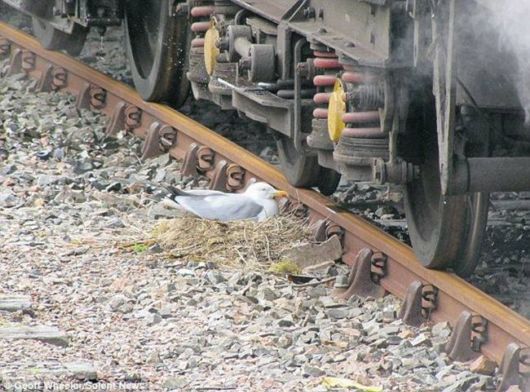 But most of all Jeff, and other observers concerned about the fate of future babies. According to them, something must be done. It is possible to catch the mother and the nest to be moved to another location, as hatched babies face a real danger of being crushed. But it must be done very carefully, because the bird may even throw eggs and fly away. 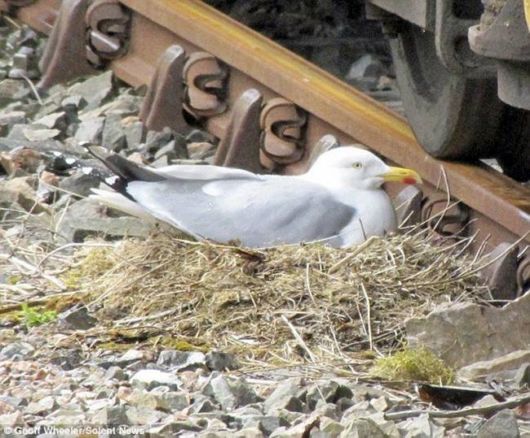 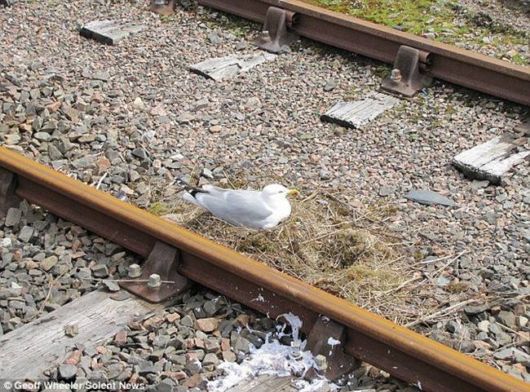