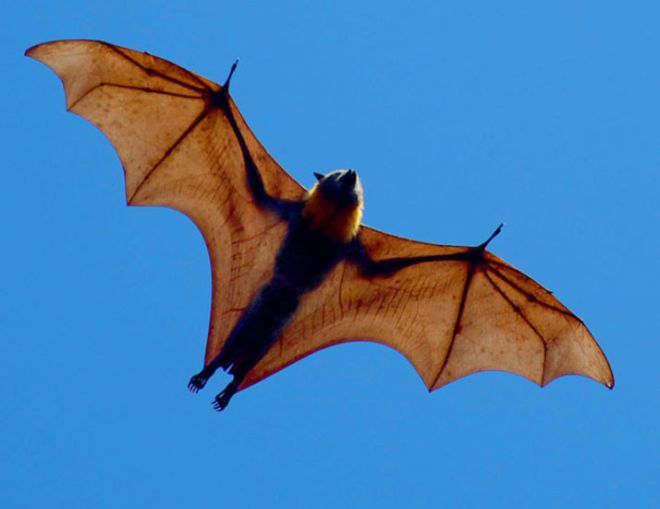 It is majestic. Majestically scary. 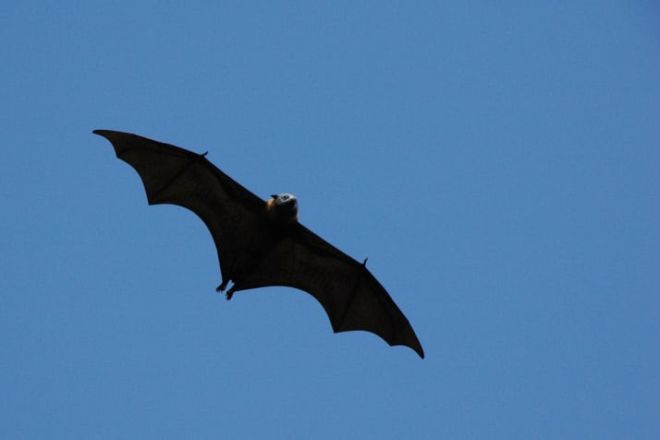 You ain’t seen nothing till you’ve seen a sky FULL OF GIANT BATS. 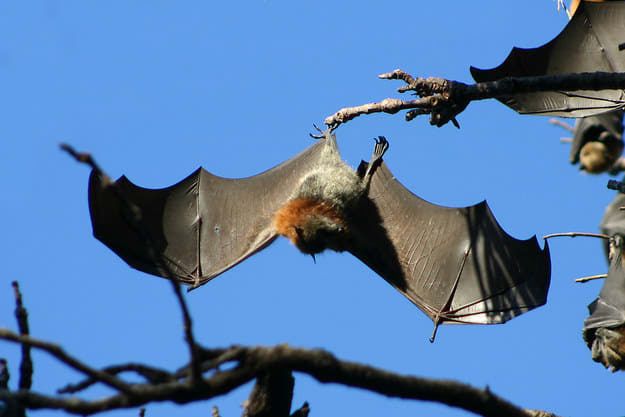 THAT’S A HELLUVA LOT OF BAT.

During the day, individuals reside in large roosts known as colonies or camps. 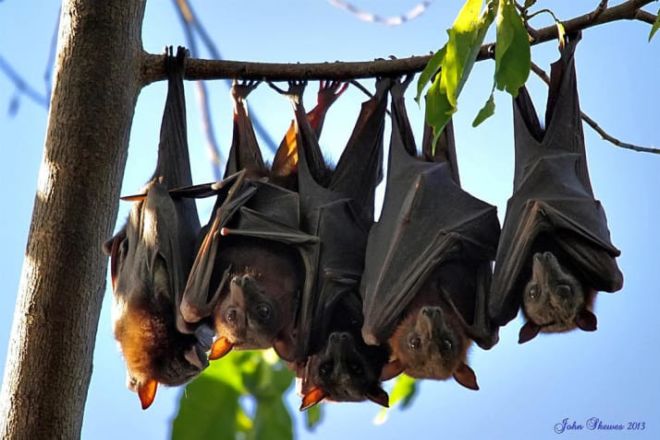 These colonies can comprise thousands of individuals. 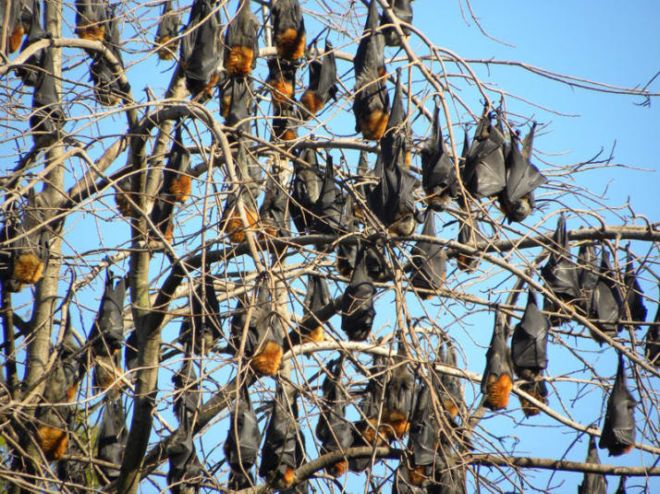 At sunset each night they head off to feed, returning before dawn. 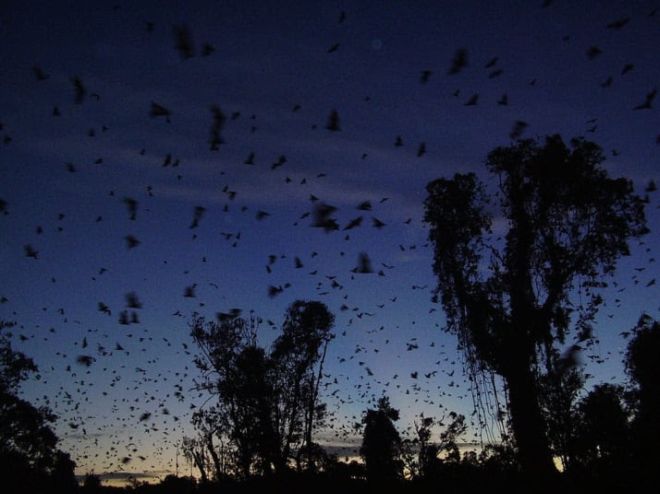 Tens of thousands of bats = an impressive sight.

Stunningly beautiful or your worst nightmare depending how much you like bats.

The grey-headed flying fox is endemic to south-east Australia from Bundaberg in Queensland to Geelong in Victoria, mostly in forested areas, but also in the middle of the nation’s biggest city. 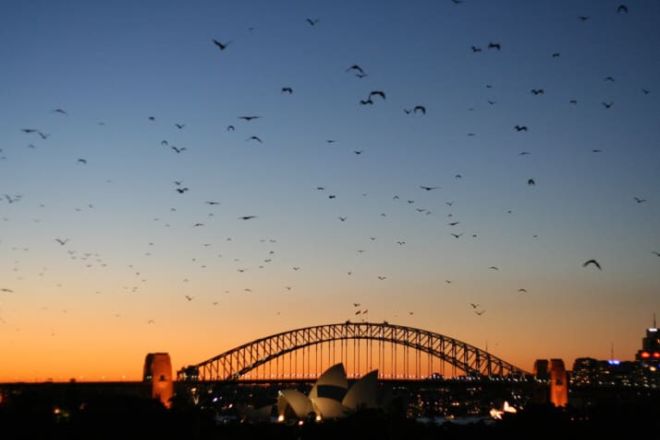 The species shares the continent with three other members of the genus Pteropus: the spectacled flying fox, the black flying fox and the little red flying fox pictured here.

Despite their fearsome look, flying foxes are (mostly) harmless. The species consumes fruit flowers and pollens of around 187 plant species. 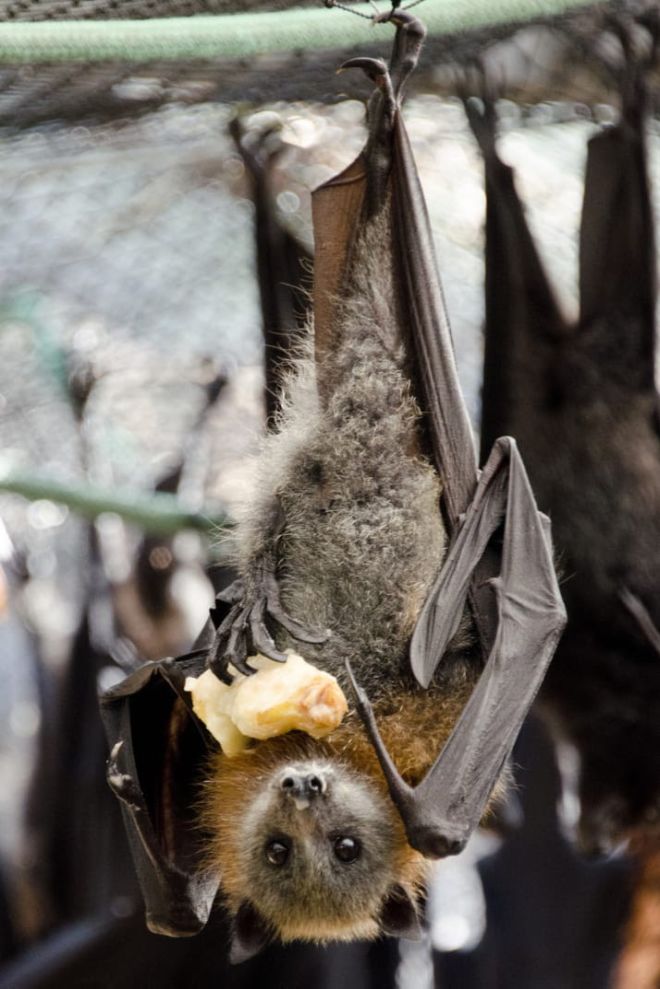 That said, you wouldn’t want to come between a mother and her pup 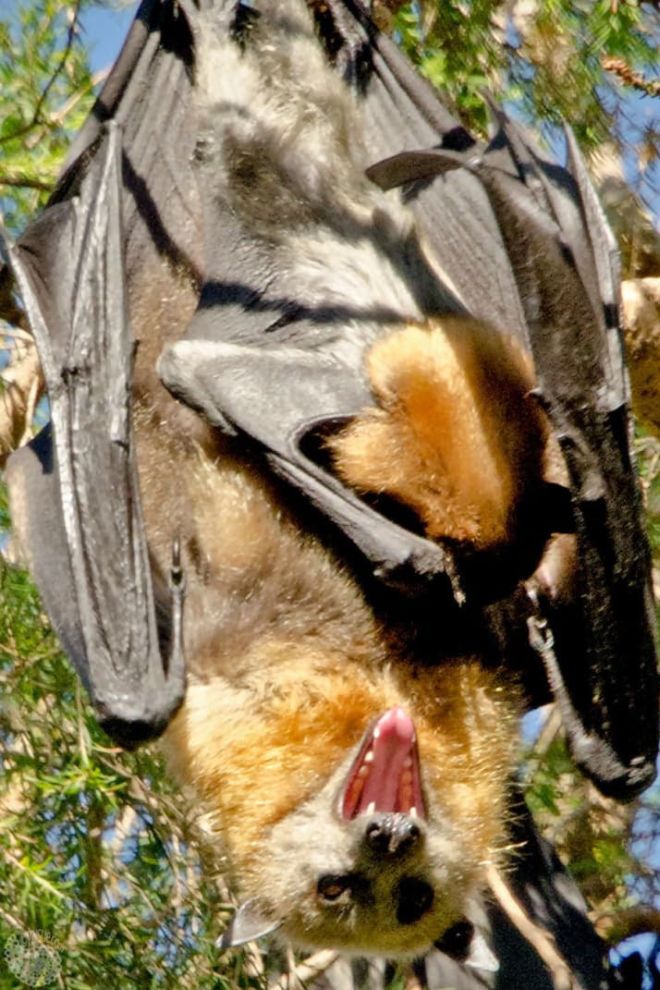 Public fear of flying foxes has ramped up in recent years with the emergence of three viruses with the potential to kill humans: Hendra virus, Australian bat lyssavirus and Menangle virus. 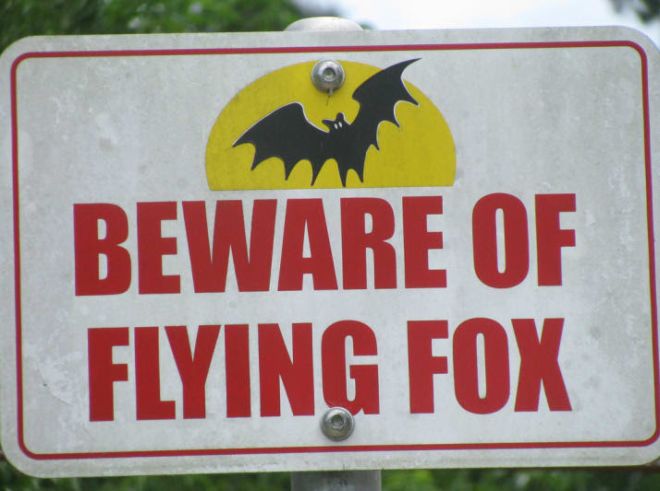 According to medical experts, only Australian bat lyssavirus is has the potential to transfer from bats to humans.
In reality, the biggest hazard is flying fox shit. 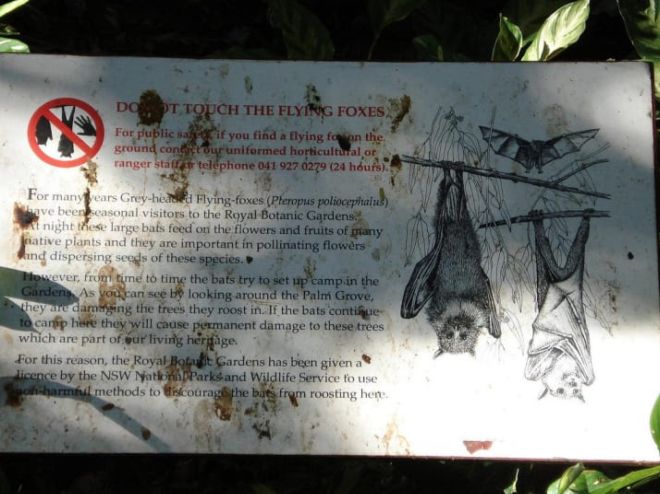 The grey-headed flying fox is classed as vulnerable on the IUCN Red List of Threatened Species. 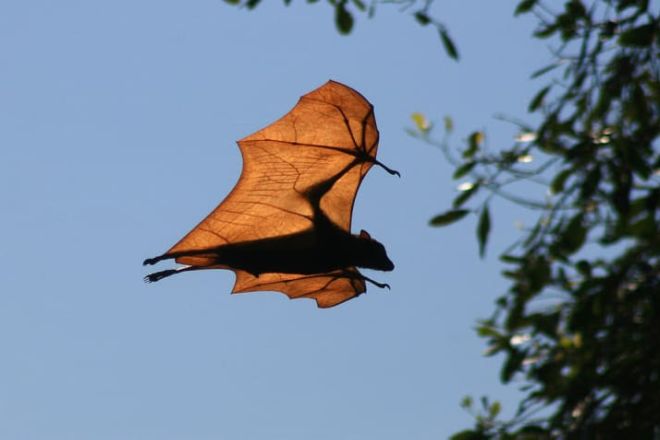 Early in the 20th century, the species was considered abundant, with numbers estimated in the many millions. Current estimates for the species are about 300,000, and the national population may have declined by over 30% between 1989 and 1999 alone with loss of habitat and mass die-offs caused by extreme temperature events.
Find out more about these fascinating creatures.