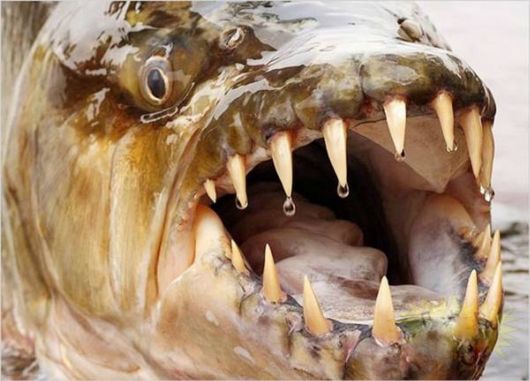 One of the most dangerous freshwater fish is now considered goliath tiger, which is second only to bloodthirsty piranhas. This species of fish found in Africa. There have been cases of tiger attacks on the Goliaths of crocodiles. Predator length is 180 cm, weight – 50 pounds. 10 more images after the break… 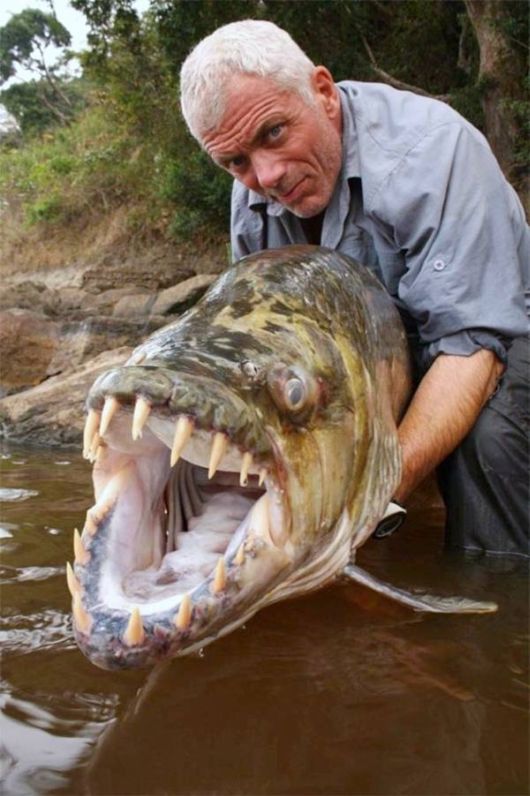 01. Despite the clear threat posed by the representatives of the species of fish, tiger fish in Africa – the subject of sport fishing. In the photo: 52-year-old Jeremy Wade – the angler and an expert on unusual freshwater fish, host of "River Monsters" with his trophy – caught a tiger fish. 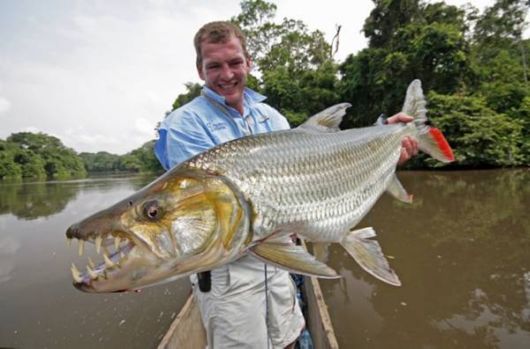 02. To catch such a large predatory fish representative, Jeremy spent 8 days in remote areas of the Congo River in anticipation of the catch. 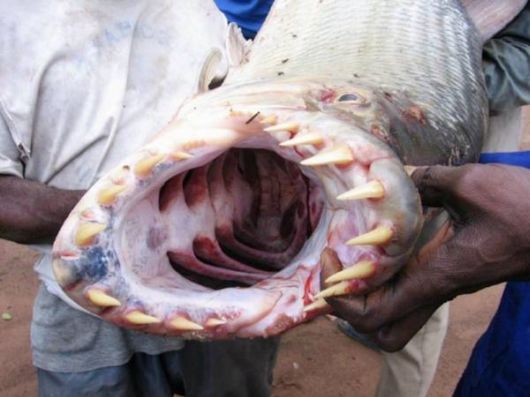 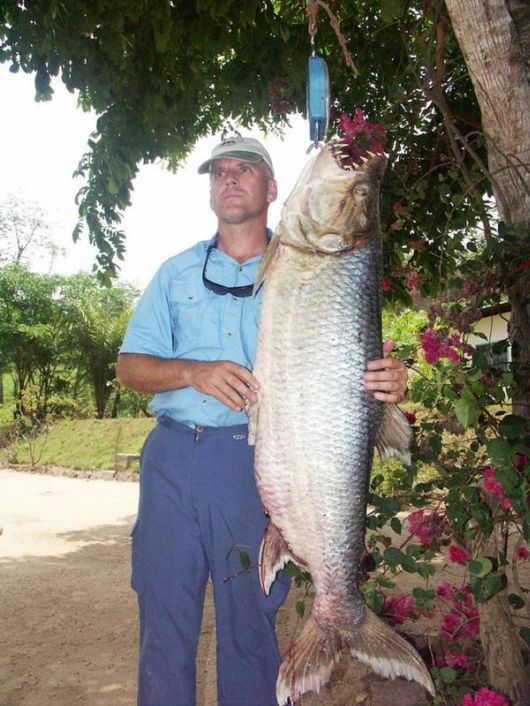 04. In Tiger shark jaws are 32 sharp teeth, similar in size to the teeth of white sharks. 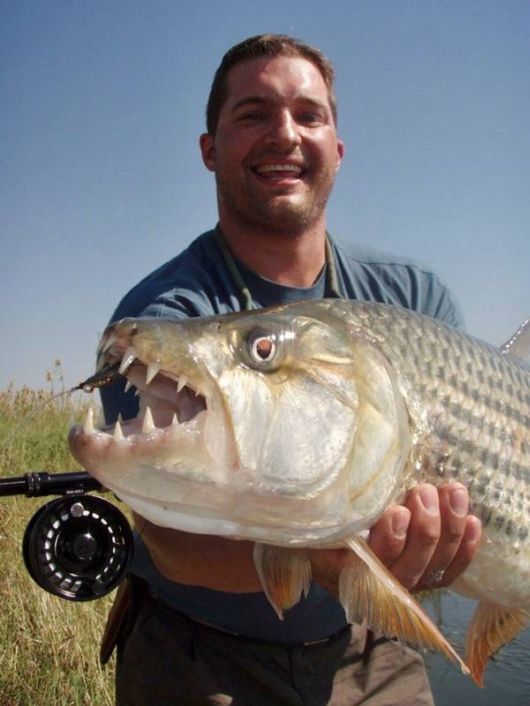 05. We know of cases of tiger attacks on people fish and crocodiles. 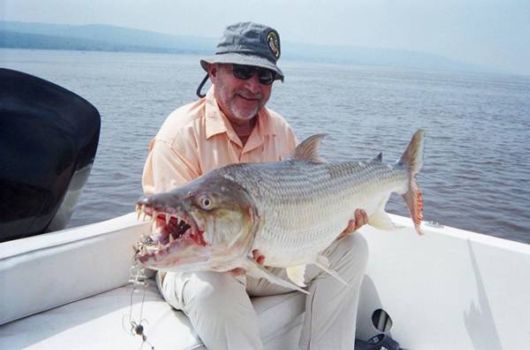 06. On the side of the trunk-fish goliath can see dark horizontal streaks that resemble tiger. Therefore, fish, called the goliath tiger. 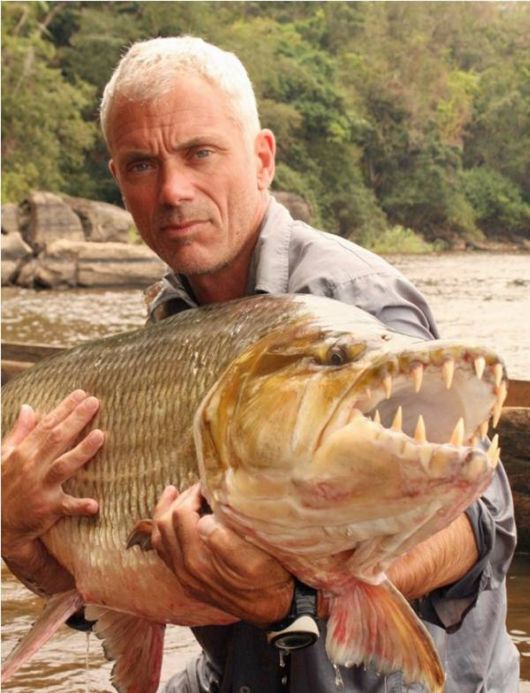 07. Fish Goliath – a predator. Her diet is a small fish. For dessert, a giant fish consume the cambium, the abundance of living in the Congo River. 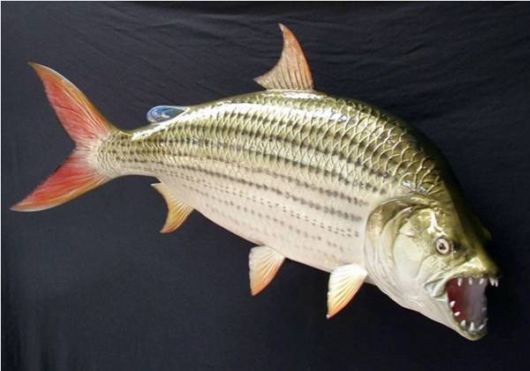 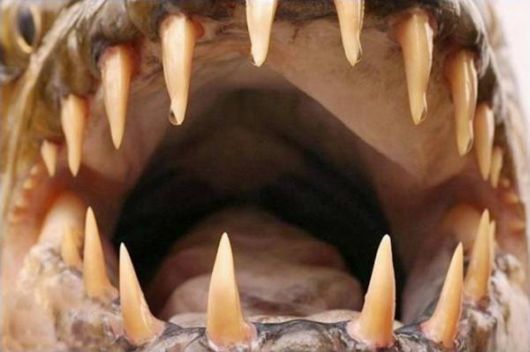 10. The power and size of fish goliath allow it to swim against the tide, that for the smaller fish is a difficult task. Therefore, the fish are not able to overcome the strong flow of water, do fall into the teeth of predator. 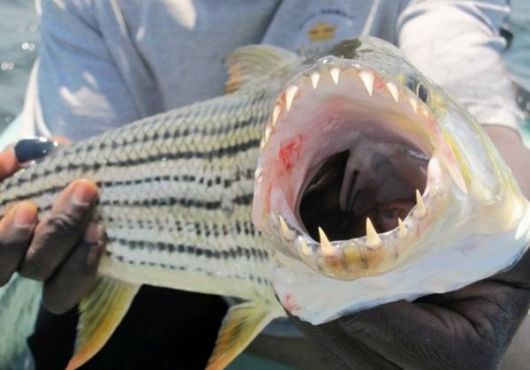 11. The fish-Goliath also contain aquarium enthusiasts. Its place in the exhibition aquaria with shelter and a powerful filtering.