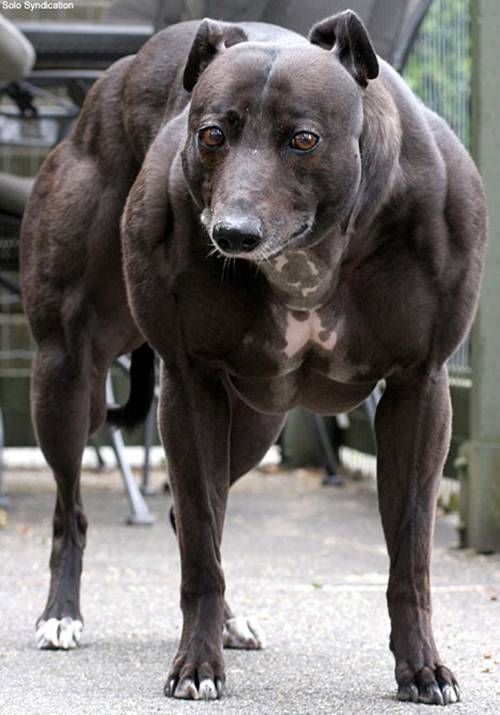 Maybe they should call her a whoppet – after all, she’s a whopper of a whippet. This is Wendy, the dog whose appearance is a long way from the usual long, lean and sleek look of her breed. 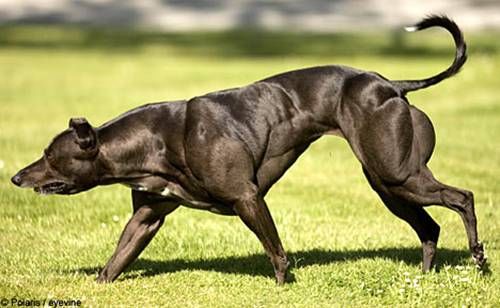 Beware: Wendy on the prowl

She was born with a genetic defect which has left her looking like the Incredible Hulk of Hounds. While her head, heart, lungs and legs are the size of those of a normal whippet, her gene defect means she is "double muscled". She weighs 4st4lb – twice as much as she should – and has bulging neck muscles, burly shoulders and haunches like a baboon. And unlike ordinary whippets known for their lithe and narrow frame, this four-year-old pedigree doesn’t just have a sixpack stomach, she has a 24-pack. 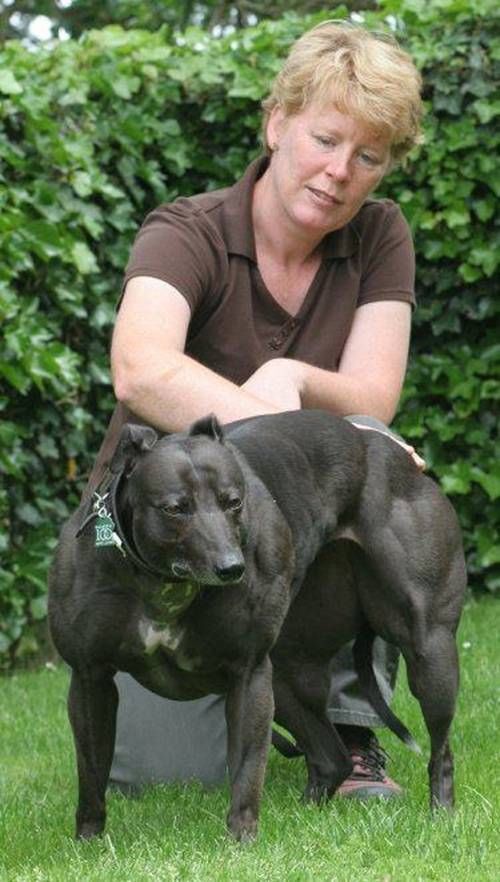 The Incredible Hulk: The dog made of muscle

Sadly, her mixed-up genes mean she may have a shorter life expectancy than most breeds. But while she may look oddly menacing, her doting owner Ingrid Hansen claims the giant pooch likes nothing better than clambering up on to your lap to have her back scratched. "People have referred to her as Arnold Schwarzenegger," she said. "She’s healthy and happy. That’s all that counts. "She doesn’t know she’s got a genetic defect. She might give you a nasty lick, that’s all." 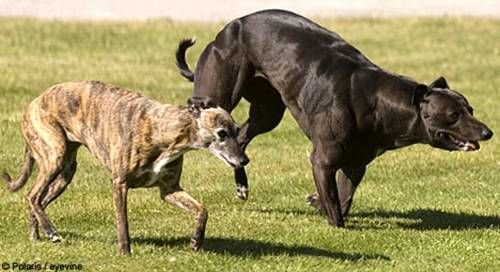 The whippet, who lives on a farm in Victoria, Canada, has been the subject of an American genetics study. Although the dogs are customarily bred for hunting, racing and showing, Wendy enjoys a slower pace of life. She spends her days prowling around the fields, chasing other dogs and horses and sleeping on her owner’s bed. This week the Daily Mail reported on another canine phenomenon, 19st10lb Samson. A cross between a Great Dane and a Newfoundland, the dog from Boston, Lincolnshire, is 37in at the shoulder and stands 6ft5in on his hind legs. 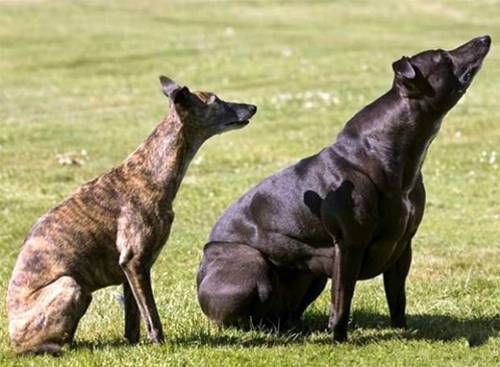