Neither Laura the piglet or Marina the kitten had the best start in life, yet somehow their paths ended up crossing sparking an inseparable and adorable bond between the two. Marina was found abandoned on the street close to dying and was in desperate need of nursing back to health whilst Laura was raised on a factory farm which she was later rescued from before being brought to the Chilean animal sanctuary Santuario Igualdad Interespecie.

It was at this point that Laura and Marina first met, immediately forming a close bond with each other "Since her arrival, Laura has been treated with the love and care a baby deserves, and has developed a deep friendship with Marina the kitten, showing by example, that when it comes to relations of friendship and respect, belonging to different species doesn’t matter," writes the shelter.

Now the two of them spend their days playing, cuddling and taking naps together. If you want to watch this adorable relationship unfold then you can see more on the duo’s Facebook page. 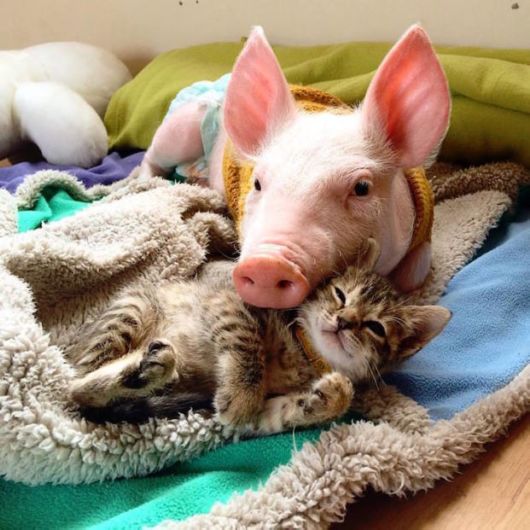 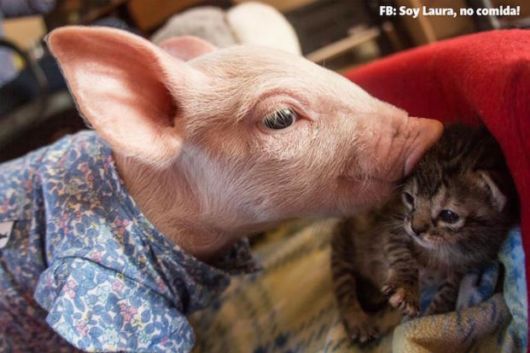 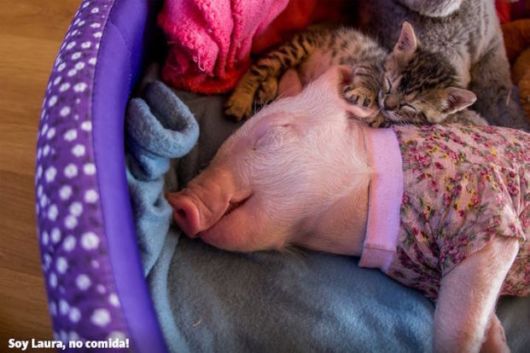 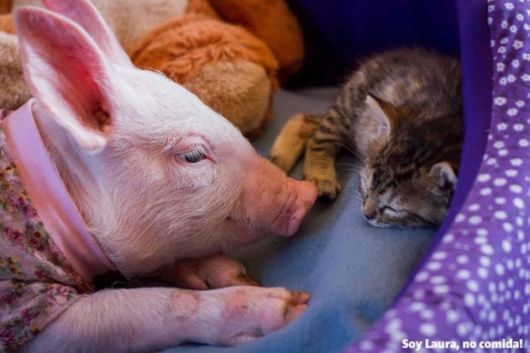 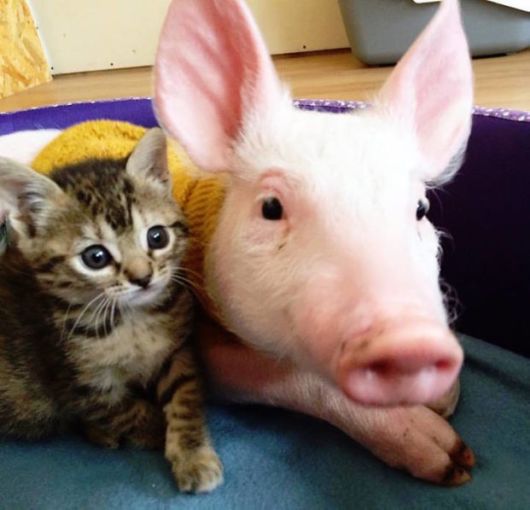 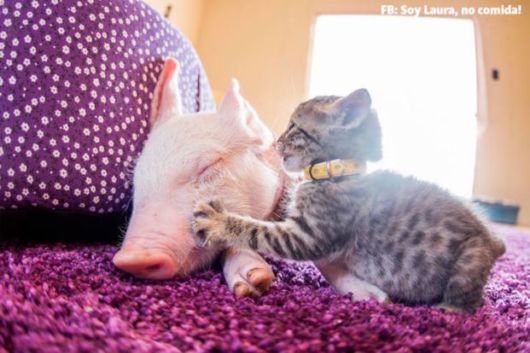 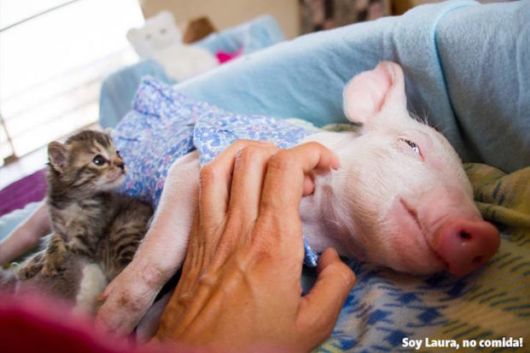 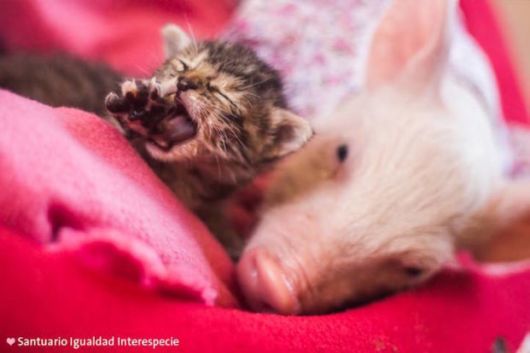 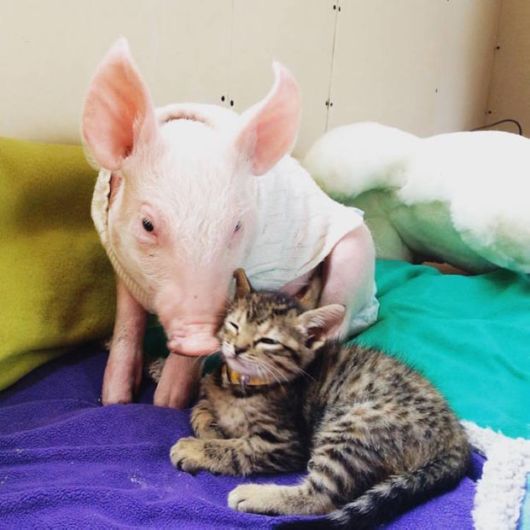 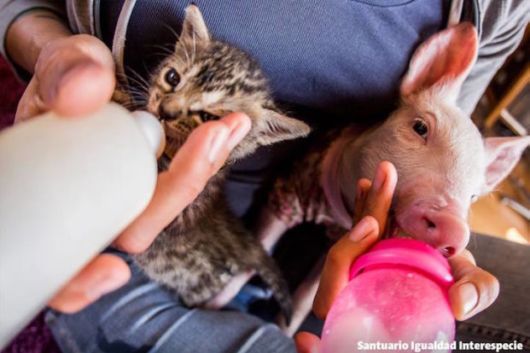 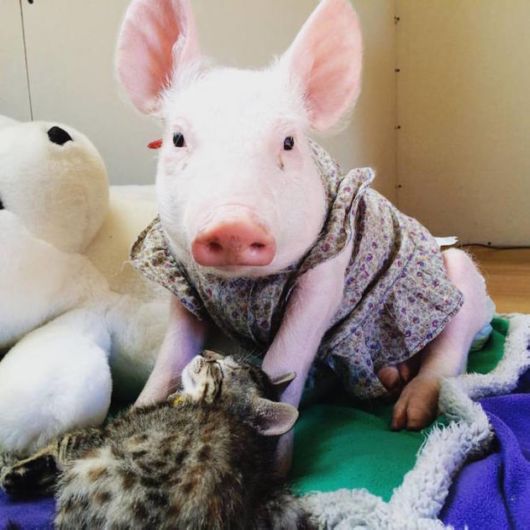 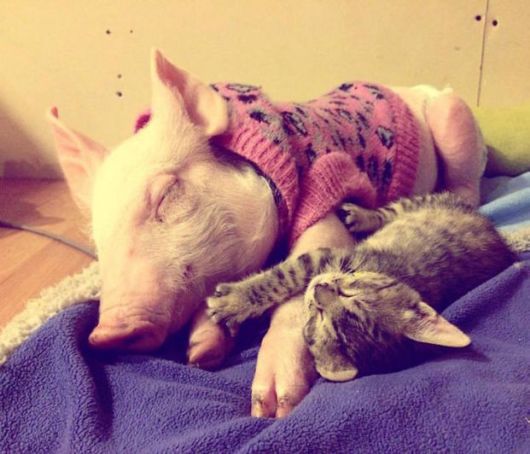 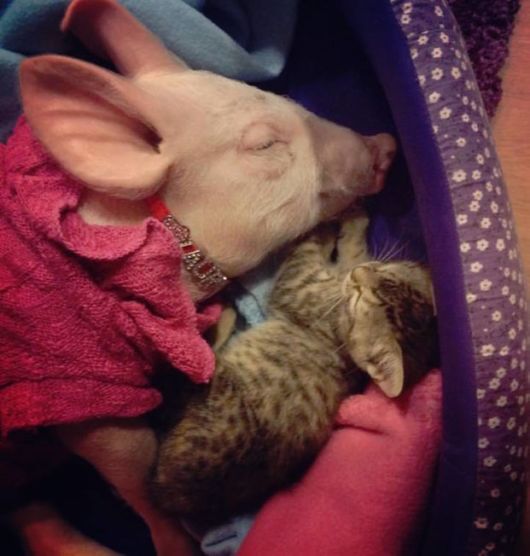