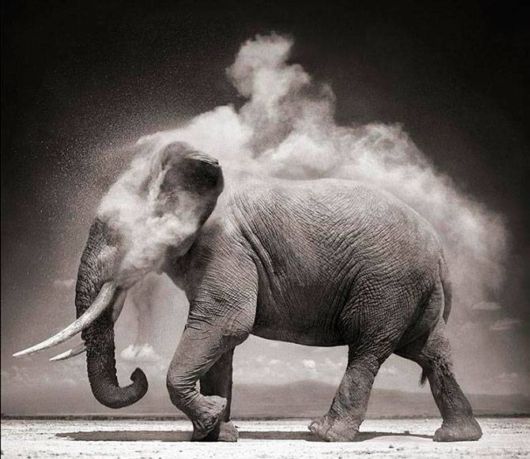 Did you know that there are only three species of elephants living today? This is the African savannah elephant, African forest elephant and the Indian elephant. All other species have disappeared from the face of the Earth. In this collection offers some interesting facts about elephants. 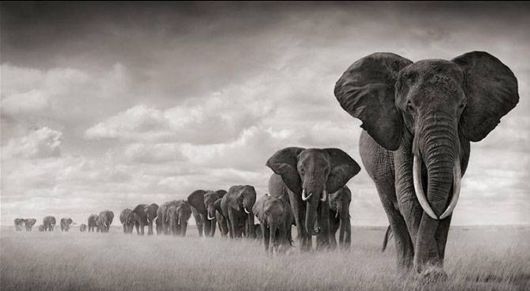 Elephants – the world’s largest land animals alive today. The largest elephant ever recorded was shot in Angola in 1956. This male weighed about 11,000 kg, with a height of 3.96 meters, a meter higher than the average male African elephant. 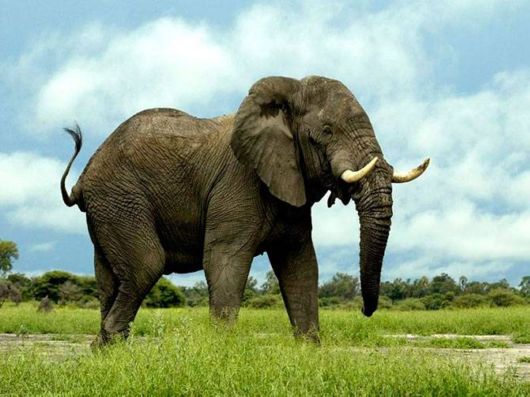 The gestation period of a female elephant is 22 months, which is longer than that of any land animal. At birth the calf weighs an average of 120 kilograms. They usually live for 50-70 years, but the age of the oldest recorded elephant was 82 years old. In healthy adult elephants have no natural enemies, predators, although lions may attack young or weak animals 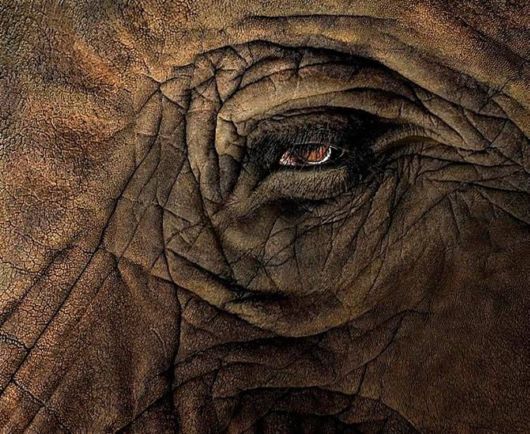 With a mass just over 5 kg, elephant brains are larger than those of any other land animal. They are characterized by a wide variety of emotions and feelings, including grief, altruism, playfulness, compassion and self-awareness. They hear music and even can use musical instruments, as well as draw. 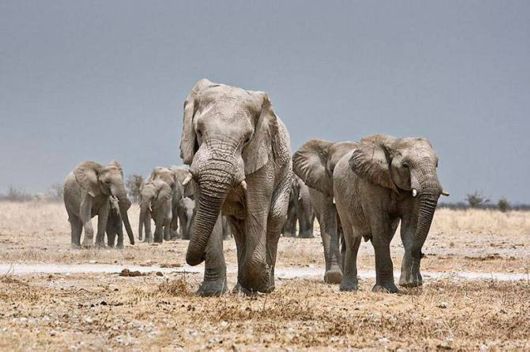 Elephants live in a structured social order. Public life in males and females are very different. Females spend most of their time in close-knit family groups made up of mothers, daughters, sisters and aunts. These groups are led by the eldest female elephant, or matriarch. Adult males, on the other hand, live mostly solitary. 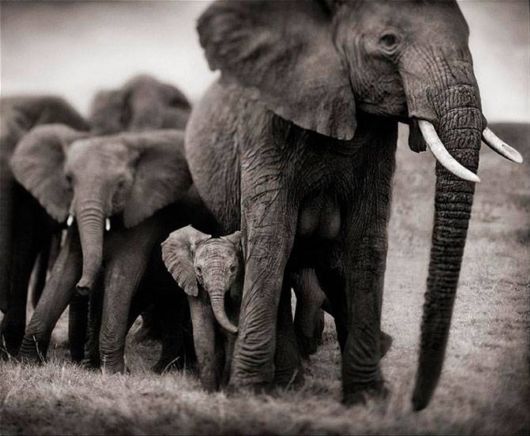 Fangs of the elephant – it’s his second upper incisors that grow continuously. Adult male canines grow about 18 cm per year. They are used to pull water, salt and roots, tearing the bark from trees, baobab pulp extract and clear trees and branches, clearing the way. In addition, they are used to establish territory, and occasionally as weapons. 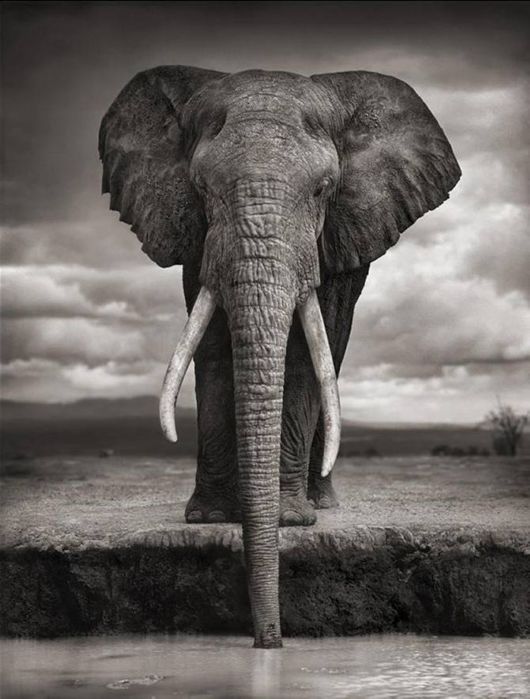 Elephant’s trunk is a fusion of the nose and upper lip, elongated and specialized to become the most important and versatile appendage of the animal. African elephants can boast of two such processes at the finger tips of their trunk, while in Asia there is only one. Elephant trunk sensitive enough to pick up a single blade of grass from the ground, but still strong enough to uproot a tree. The trunk is also used for drinking. Elephants suck water up to 14 liters at a time, and then transfer it to the mouth. Snouted animals also sprayed water on their bodies during bathing. In addition to this cool soul animals sprayed mud, which dries and acts as a sunscreen. During swimming trunk serves as a tube for breathing. 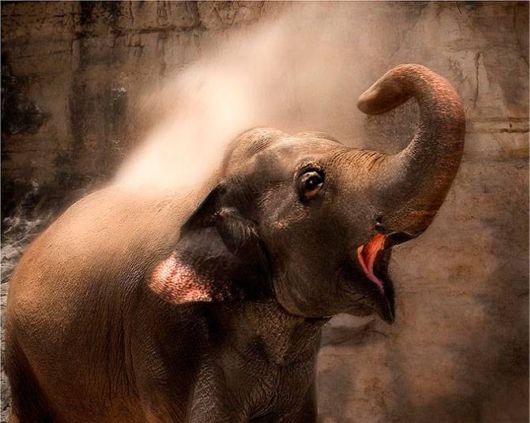 Elephants swim well, but can not jump, run or gallop. They really have only two options gaits: walk and a faster gait that is similar to running. 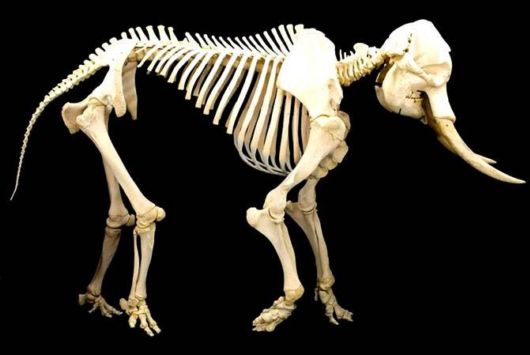 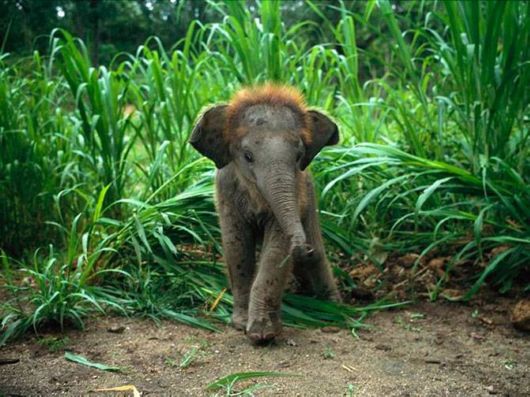 Elephants – herbivores and spend up to 16 hours a day in search of food. Their diet is very variable, depending on the season and habitat. Above all, they feed on the leaves, bark, fruit trees and shrubs, but they may also eat large amounts of grass. 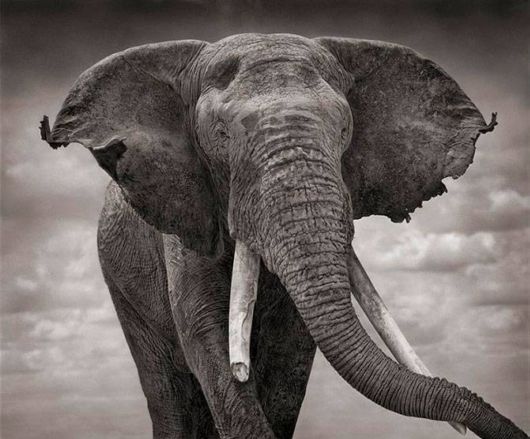