Each year at the Wapusk National Park in Manitoba, Canada, between the months of February to March something magical happens, the polar bear mothers emerge with their newborns for the first time.

Normally disappearing around October time the mothers give birth to their cubs around November meaning that when they finally emerge from their dens they’re around 4 months old. Over the past year photographer Daisy Gilardini spent a total of 117 hours, enduring sub zero temperatures as low as -50°C to -45°C with wind chill in order to capture these magical photos. During that time Gilardini was only lucky enough to see five different polar bear sightings.

Despite this her perseverance was more than worth it as she managed to capture the magical moment a young polar bear cub decides to climb on top of mum and hitch a ride!. Gilardini is an experienced polar explorer and photographer who has many more incredible photos over on her website. 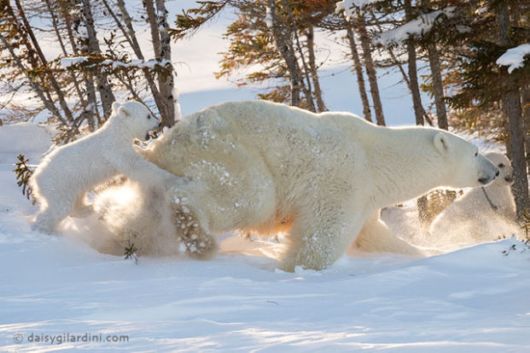 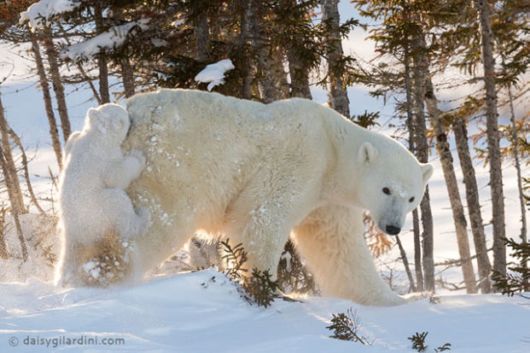 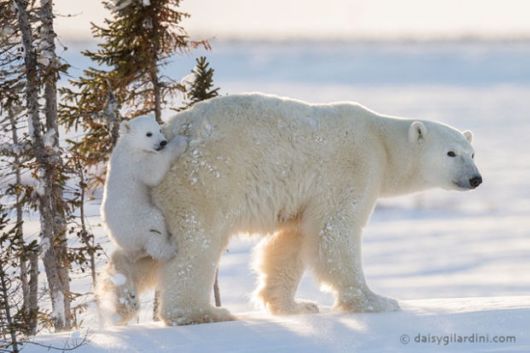 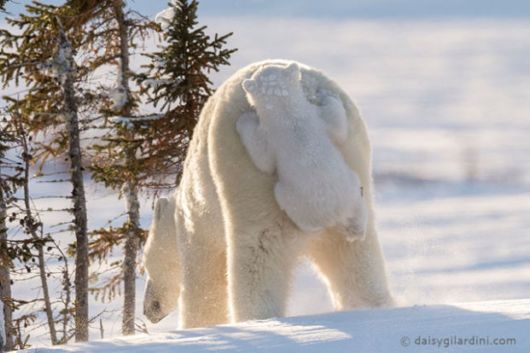