Marine camouflage: these colourful underwater creatures are masters of disguise 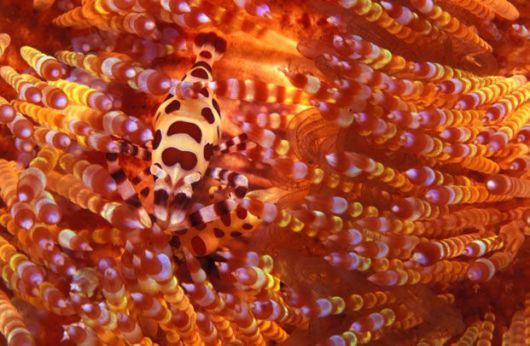 These underwater creatures are masters of deception so cleverly adapted to their environment that many would never be found without expert knowledge. Brandon Cole, a photographer from Washington state on the west coast of the US, uses his expertise as a marine biologist to hunt for the almost invisible animals. 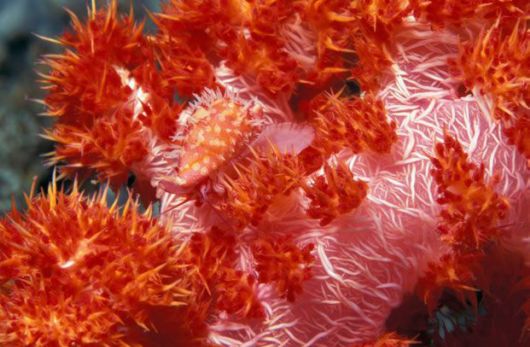 "My pictures show hidden marine life blending into the background of the reef or seabed," said Brandon. "They’re hard to find – you don’t see them straight away. Sometimes you happen upon them – but many of them require a search pattern. For example when hunting a cowrie snail on a soft coral you have to know it lives in association with that particular coral. So you look for the host and then look for a needle in a hay stack – but you have to know which hay stacks to look for first." 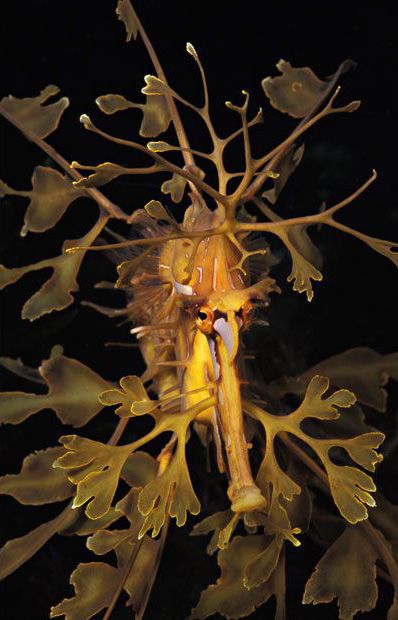 Brandon explains why these creatures take such trouble to remain hidden. "It has to do with survival," he said. "They adapt to their environment through natural selection. Most of these animals are camouflaged against the background of their natural habitat. This increases their odds of survival so they are less likely to be found by predators. Many are small and defenceless so rely on this trick to survive." 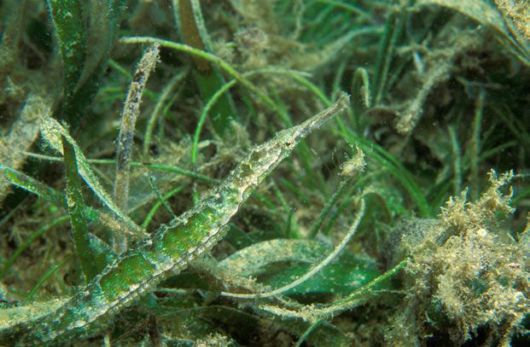 The double-ended pipe fish not only looks like the sea grass it lives within but also mimics the swaying motion of the grass as it is moved by sea currents.

A double-ended pipefish among sea grasses in Indonesia 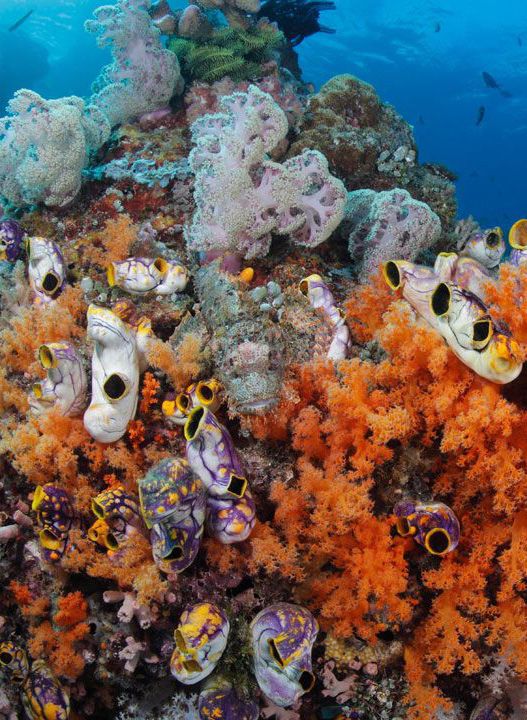 Brandon has travelled the world to capture his pictures, and says: "I think a great place to go to see mimicry in action is Lembeh Strait in Sulawesi, Indonesia. It’s an especially critter rich habitat where lots of camouflage is present."

A bearded scorpionfish hides in a coral garden in Indonesia 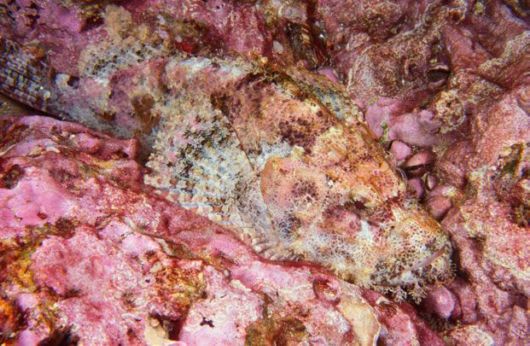 Another bearded scorpionfish camouflaged against a reef in Thailand 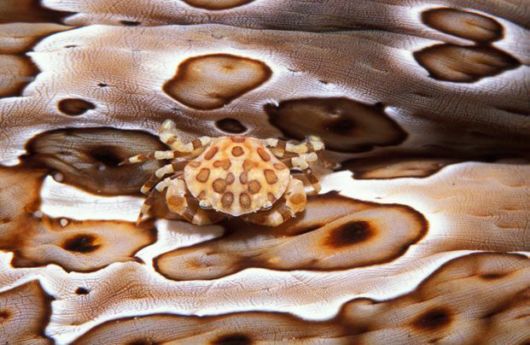 A harlequin crab on a sea cucumber in Indonesia 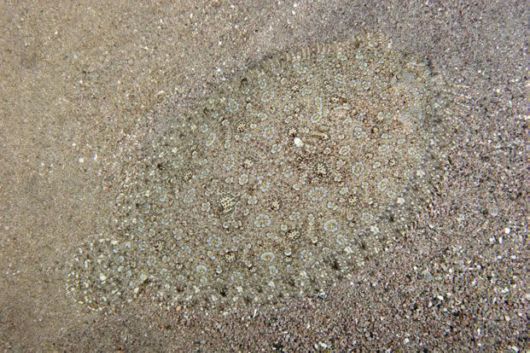 A peacock flounder camouflaged on sand in Dominica 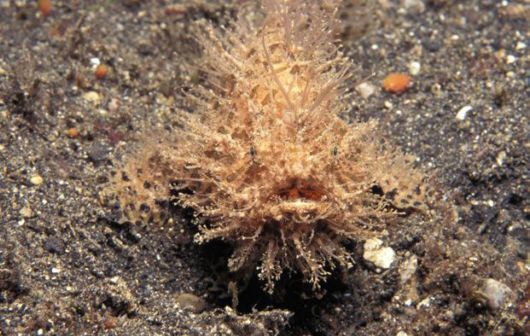 A hairy frogfish in Indonesia 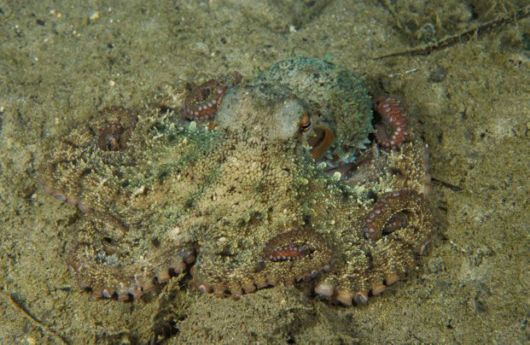 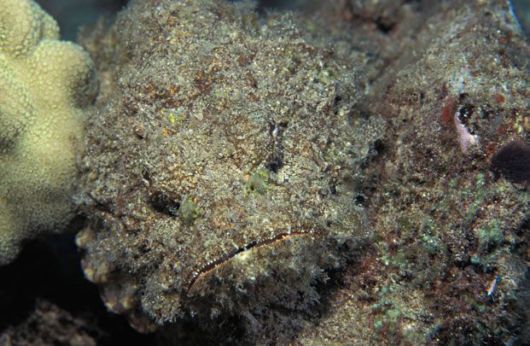 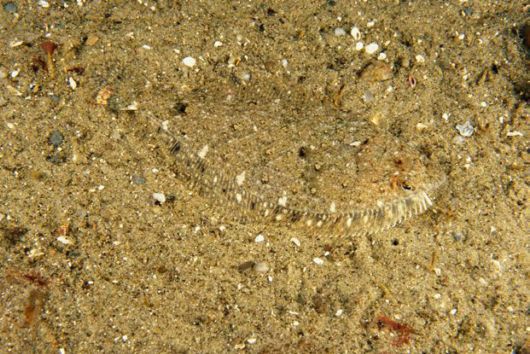 A speckled sanddab in California 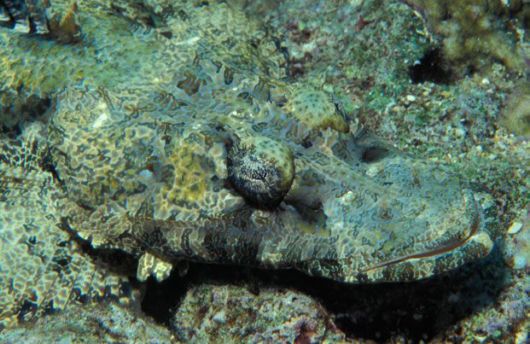 A crocodilefish in Indonesia 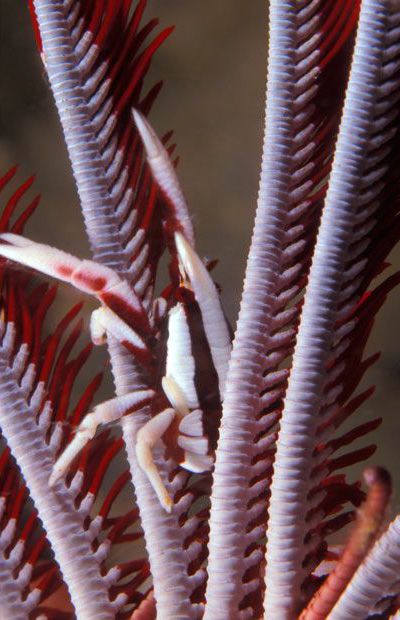 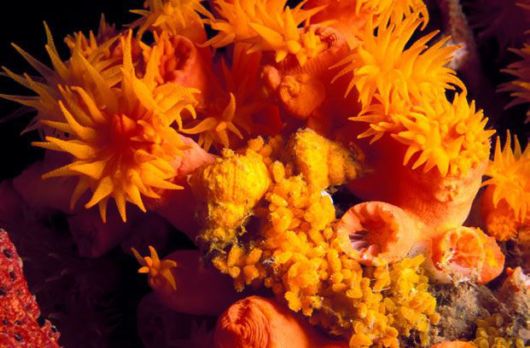 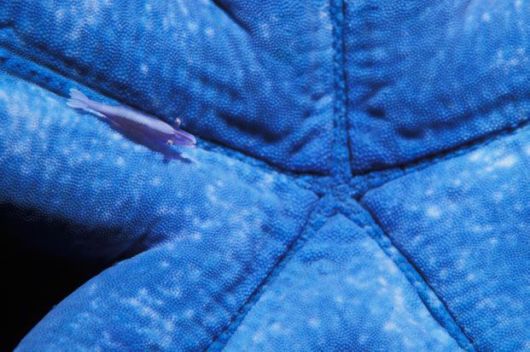 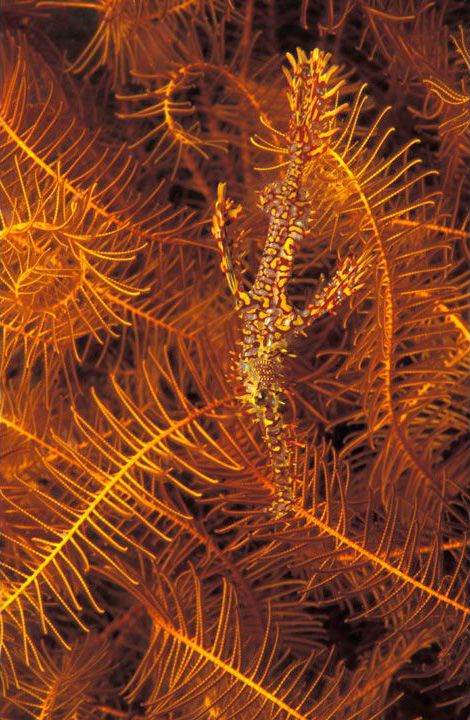 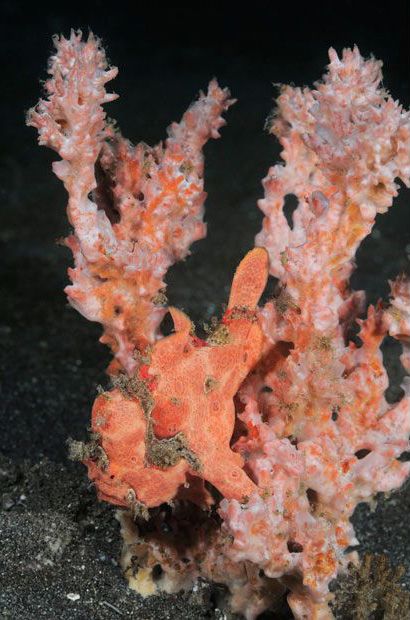 A painted frogfish camouflaged against sponge in Indonesia